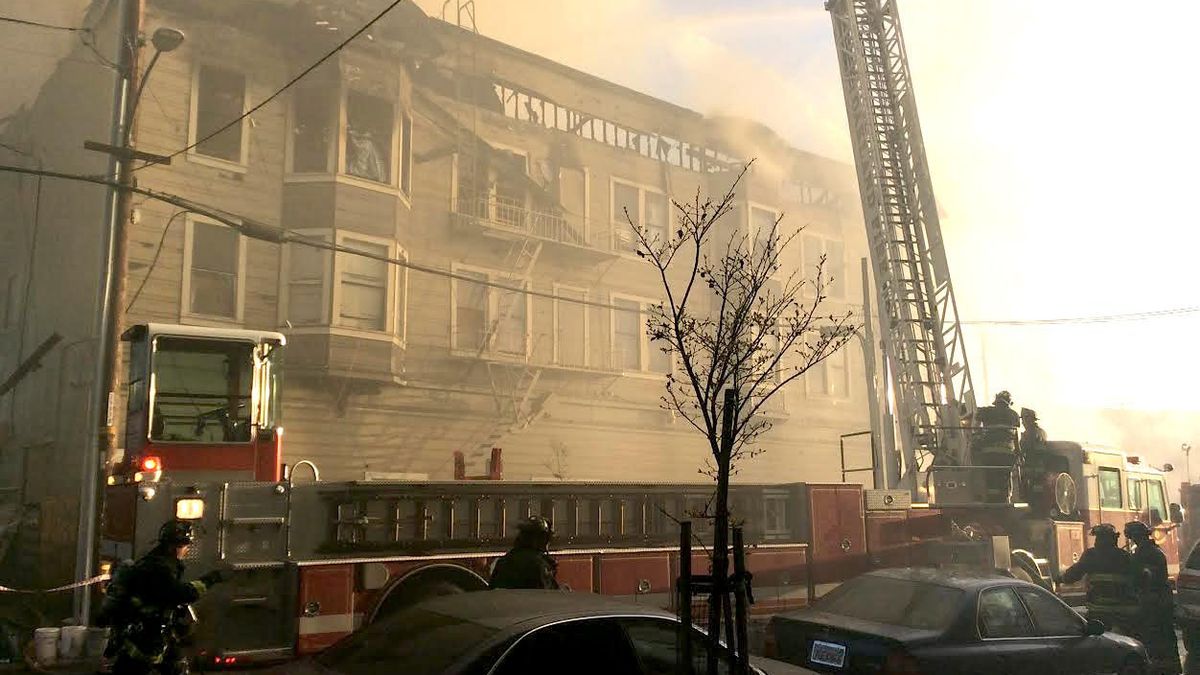 Share
Facebook
Twitter
Linkedin
Survivors of the San Pablo Avenue fire that killed four and displaced over 70 households will be receiving financial assistance directly from the city by Friday.

The Oakland City Council voted unanimously on Tuesday night to reallocate $615,000 in community development block grant money to a special city fund that helps tenants relocate after they are displaced due to code violations and habitability issues caused by their landlord.

According to Michelle Byrd, Oakland’s director of housing and community development, 54 residents of the destroyed building have already been approved to receive relocation assistance. The amount of benefits each resident is eligible for ranges from$6,500 to $12,375, depending on their age, how many dependents they have, and the size of their apartment unit or studio.

“We are still receiving applications,” said Byrd. “Every day someone comes into the housing assistance center indicating they were a resident.”

Assistant City Administrator Claudia Cappio said the city could issue checks as early as Friday. The fire, which was caused when a candle was knocked over, occurred on March 27 early in the morning. The building had a long history of code violations and had been flagged by fire inspectors as a danger just prior to the blaze.

Many survivors have been living in shelters or on the street. Tracking them down has proven difficult for the city.

Brenda Corley moved into the building in April 2012. She said that since the fire, she has had to sleep outside on the streets for several nights. “I need some help now, today,” she told the council. “I’m scared.”

Richard Meyers, another resident of the building, said that many of the residents scattered after the fire and still haven’t been found. They’re living in homeless camps or with friends and aren’t aware that they’re eligible for assistance.

The relocation assistance program was created in 1993. In January of this year, the council approved an update that Rebecca Kaplan had introduced in 2015, including increasing the amounts paid to tenants who are displaced due to code violations and fires.

“This has been in our law for some time,” said Kaplan in an interview. “But it’s done fairly rarely. I want this set up as a system, not just for the victims of this fire. I’ve asked for us to have better systems to do these in general.”

The relocation assistance will be paid by the city directly to survivors of the fire who can document that they were legal tenants of the building. The city will then bill the landlord for the assistance funds. If the landlord doesn’t pay the money back, the city then has the option of putting a lien on the property.

“This was never a question of whether or not to distribute the funds,” said Cappio during the meeting. “It was to get authorization from the council because the relocation account had been expended.”

Kaplan said it’s important that the city “make it clear that it’s our policy that we don’t leave people out on the streets to suffer after a fire.”

Previous ArticleLetters of the Week: Readers Chime In On Berkeley Brawl

Next ArticleMad Dogs and Englishmen in The Lost City of Z