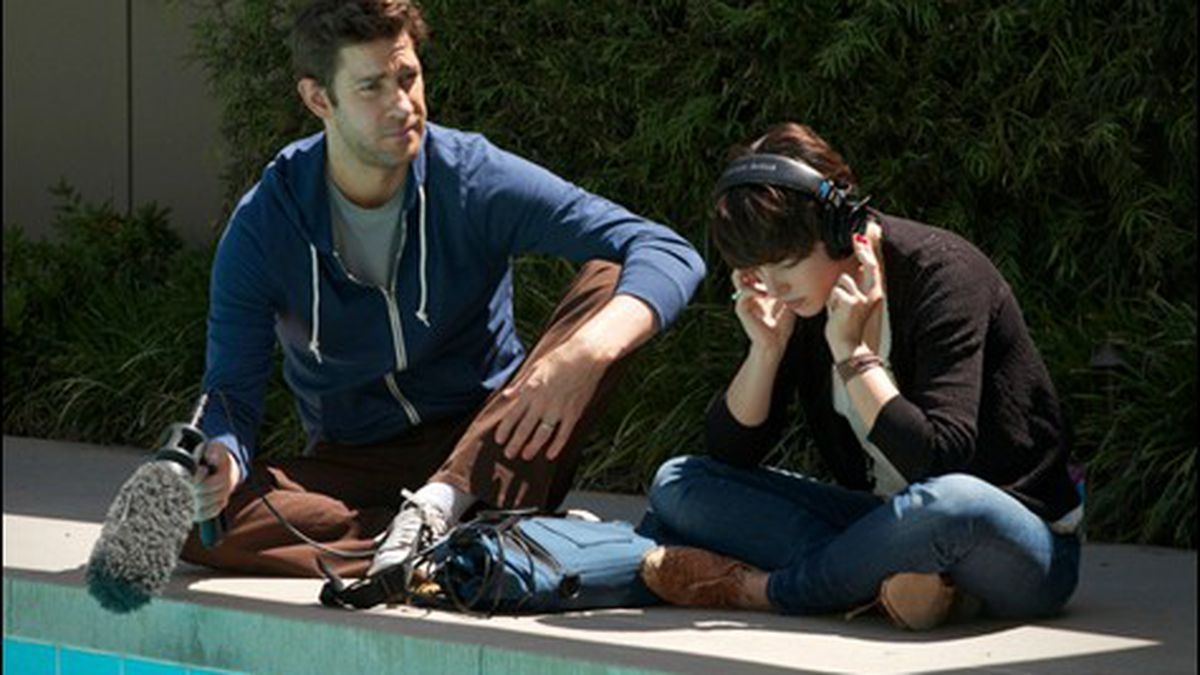 Ants in their pants.

Sex is in the air as filmmaker Martine (Olivia Thirlby), the lead character in Nobody Walks, arrives in Los Angeles to spend some time in the home of a friend’s friends’ family, where she’ll work on her film, an arty short starring scorpions and ants. Before she’s been on the ground thirty minutes, she’s getting dry-humped in the airport parking garage by the guy she sat next to on the flight. On to the house in the hills. Peter, a sound designer (John Krasinski), immediately pounces on Martine. But instead she goes home with David (Rhys Wakefield), Peter’s assistant. Psychologist Julie, Peter’s bored wife (Rosemarie DeWitt), entertains the idea of trying something with a patient (Justin Kirk) who dreams about her. Meanwhile Kolt, Julie’s young-adolescent daughter (India Ennenga), has a crush on David and is devastated to spy him nuzzling Martine — but not enough to warm up to puppy love with her classmate Avi (Sam Lerner). And frankly, we’re worried about the way Kolt’s Italian tutor, Marcello (Emanuele Secci), looks at her.

Nobody Walks was whipped up by director Ry Russo-Young (You Wont Miss Me) with screenwriter Lena Dunham, maker of the beguiling Tiny Furniture and HBO series Girls, perhaps to capitalize on Thirlby’s undeniable magnetism after her work in Margaret and Being Flynn. But it’s eighteen-year-old Ms. Ennenga’s Kolt who steals this nervous, intriguingly sour little character study. She does it with a poem, and the movie is suddenly hers.

Does Chip Johnson Know Something We Don’t