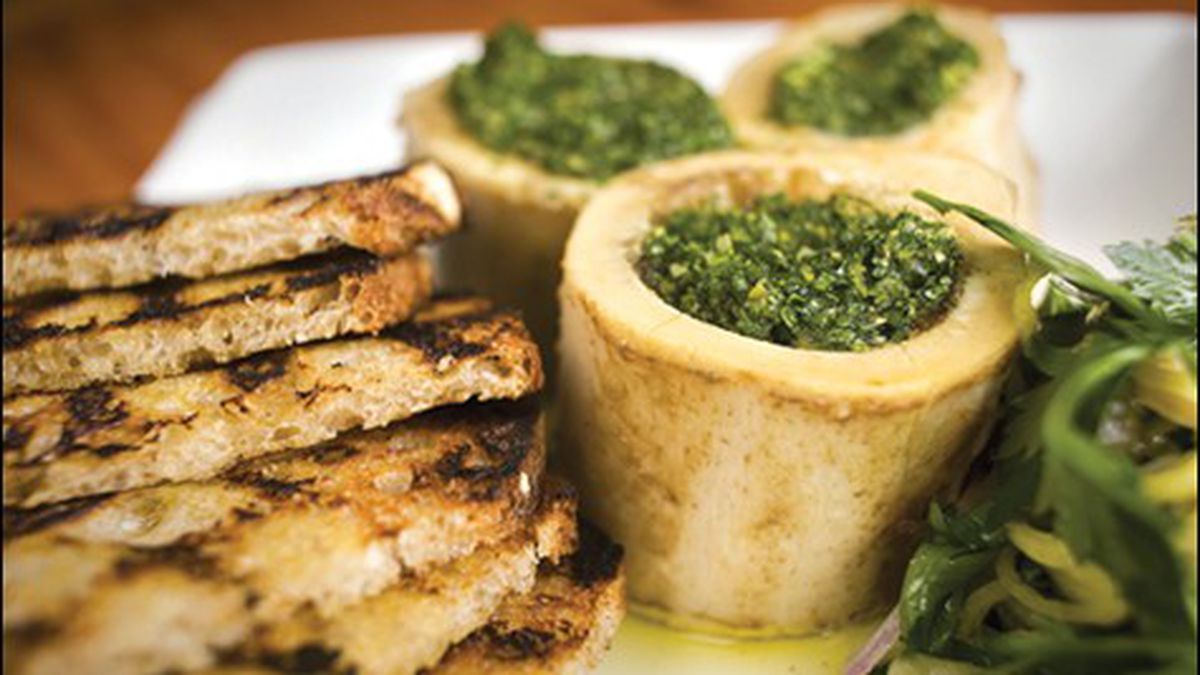 Recession be damned: The Giants have won the World Series, Barbara Boxer remains our senator, the weather has been enchanting, and exemplary new restaurants continue to open in Oakland. You’d think the second law of thermodynamics would’ve kicked in by now and shifted the mantle of Northern California Culinary Nexus to Healdsburg or Walnut Creek or Modesto, but the metropolis of Alameda County keeps on siring all sorts of eateries, pubs, and brasseries where the food is inventive, the vibe welcoming, and the concept unique, exciting, or a little bit edgy. Between Adesso‘s salumi, Boot and Shoe Service‘s nouvelle pizza, Commis‘ prix fixe posh, and the convivial island ambience of Hibiscus, the town is brimming with bright and shiny scarfing options.

One such newcomer is Nex, which opened along Auto Row in early July. It’s the brainchild of Hisuk Dong, a painter/restaurateur and onetime owner of Soizic Bistro, a Jack London Square fixture for fifteen years. After it closed last spring, Dong regrouped at 2442 Webster Street, a vintage Art Deco building that served as his studio until he opened another eatery, the popular Mua, on the premises in 2008. Nex takes up a cozy corner or two of the adjacent layout. The outside looks suspiciously like a thrumming velvet-rope nightspot, but the inside is less Mua and more casual hangout, with high ceilings, tall windows, scattered marble-top tables, and a circular iron staircase leading up to a loft. You might glimpse chefs John Mardikian and Eric Cross at work in the open kitchen, not far from the closet-size, six-seat red and black bar near the entrance. An eclectic array of artwork is draped here and there, and the overarching vibe is friendly and intimate.

On top of that, the house cuisine — a copacetic compendium of French-Italian-American comfort food — is satisfying and inventive. Grilled green beans, for instance, might sound a tad perfunctory, but these Blue Lakes were not only plump and sweet, but also drizzled with creamy, tarragon-laced Green Goddess dressing (a forgotten classic invented at the St. Francis Hotel in the 1920s and now making a deserved comeback) plus bits of smoky bacon and a poached egg that blended beautifully with the dressing. Another starter, gnocchi, was pure texture: pillowy, velvety, ethereal dumplings made exceptionally luscious by the addition of rich mascarpone and a creamy sauce fragrant with earthy porcini mushrooms. Most decadent of all, though, were the marrow bones, served with long-handled spoons to aid in digging out all that gooey, fatty, delectable richness and then spread it on a warm crostini. The accompanying parsley salad made a fine palate-cleanser.

The entrée menu’s star attraction is brick chicken, a butterflied slab of free-range poultry roasted with a hunk of masonry on top to squeeze out the excess fat. The result was amazingly juicy and tender, yet firm-textured, with a crisp golden skin and a subtly salty flavor. Also yummy: the lamb noisette, a perfectly tender medium-rare filet surrounded by what looked like mashed potatoes but was actually buttery pureed cauliflower, a pleasantly pungent accent to the creamy meat. Nex also has its own wood-fired pizza oven, and among the thin-crusted offerings was one topped with (not enough) caramelized onion, broccoli rabe, nutty pecorino cheese, and shards of surprisingly lean pork belly: not bad, but not as impressive as some of the other pizzas around town.

Nex’s inventive side is exemplified by its signature dessert, funnel cake in the form of long slender spears and served in a paper cone, french fry-style. Rich and crunchy and county-fair Proustian, these deep-fried treats were served with a tangy raspberry sauce that cut the grease nicely. The pluot torte was on the sweet and gummy side, and the tart tatin was merely a pretty good version of apple pie, but the pot de crème was memorable. Chocolate — dark, rich, bittersweet chocolate as lush and dense as a Bavarian forest at midnight — was simply served with a sprinkle of crushed hazelnuts that brought out the dessert’s luscious texture.

Although Nex is a pretty meaty sort of a place, vegetarians will be able to assemble a creditable meal out of the menu’s few meat-free options. Starters include heirloom tomatoes with burrata, the mascarpone gnocchi, and three salads: mâche/radish/pecorino, sweet gems/pluot/goat cheese, and chicory/pear/gorgonzola. Pizza margherita (tomato, basil, and mozzarella) is a menu standby, as is risotto with chanterelles, squash blossoms, and truffle oil.

The fifty-item wine list is designed to complement the menu’s rich, deep flavors and is more high-end than your typical Oakland bistro’s, with treasures like Mondavi‘s 1985 reserve cab and Essenze‘s 2005 Barolo sharing cellar space with seldom-seen vintages out of Argentina and New Zealand. The fifteen by-the-glass options are in the more affordable $30 to $40 per bottle and $8 to $10 per glass range. The bar’s dozen beer selections are less impressive, and some of the house cocktails could be lustier: the pineapple martini (infused vodka and chambord) and the Parisienne (gin, crème de cassis, and vermouth) had too much sugar and not enough oomph. But two classics, a French 75 and a Manhattan, were perfectly crafted, and the bracing Nex Gimlet combined tequila with lime, cucumber and Cointreau to excellent effect. Order one next time you drop by this attractive, friendly hangout and you’ll feel like toasting Oakland in all its culinary knowhow.