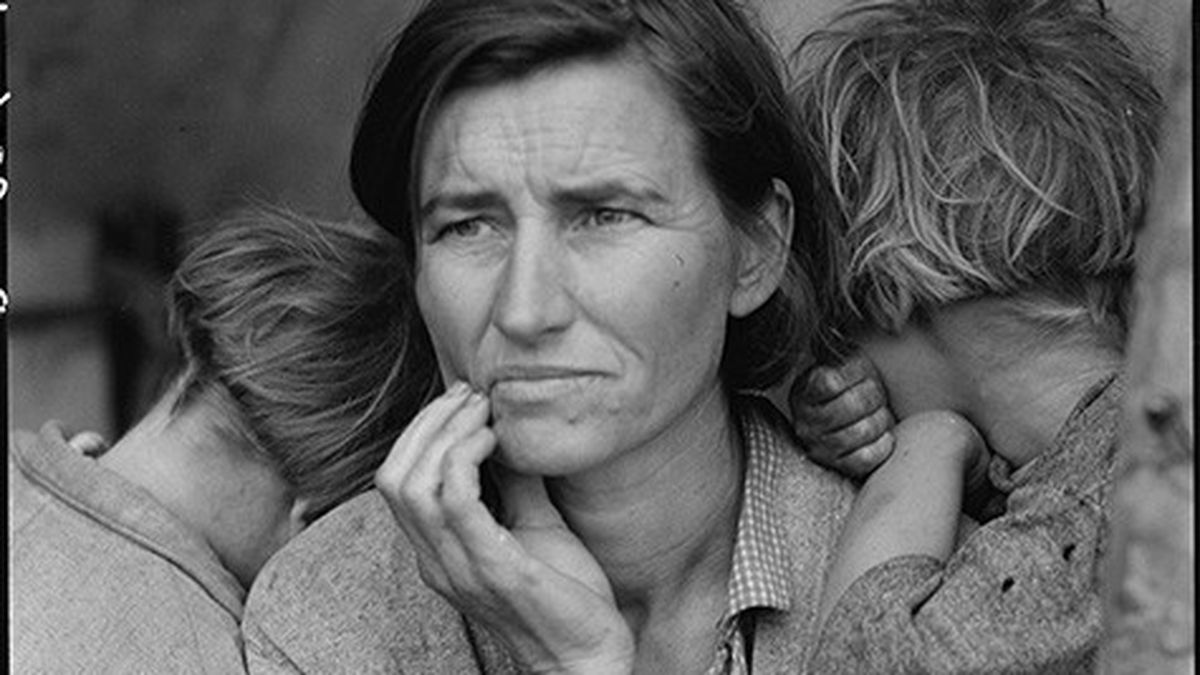 Lange's granddaughter and goddaughter release works that honor the seminal photographer's tireless drive to capture the world with her camera.

One afternoon in 1939, Dorothea Lange was sitting in her portrait studio in San Francisco and realized that she — and her work — could no longer simply serve the superfluous needs of affluent families while people were rioting in the Depression-stricken streets. She decided to close her studio early and take her camera out into the world, to fully experience the harsh reality surrounding her for the first time, and see if she could “grab a hunk of lightning.”

Lange never returned to her studio, and devoted her life to documentation, hoping she could change the world by filling it with honest images. Today, most people recognize the late Berkeley resident for her seminal work photographing migrant workers for the Farm Security Administration during the Great Depression, and particularly for her famous “Migrant Mother” image. According to her granddaughter Dyanna Taylor, however, there is much more to learn about the woman whose unwavering dedication to photojournalism pushed her to emotional and physical limits.

Taylor is an accomplished documentary filmmaker, and for the past eleven years she has been working on a piece about Lange’s life for PBS’s American Masters series called Dorothea Lange: Grab a Hunk of Lightning, which she hopes will reveal the lesser-known facets of Lange’s artistic character. Growing up around Lange’s photographs was deeply influential to Taylor, and, more importantly, Lange relentlessly challenged her to look more closely and critically at the world around her. Now, Taylor has turned that gaze back at Lange with the goal of creating a fuller and more honest biography of her life. “I want to break the stereotype of what people think of when they think of Dorothea Lange, to show the breadth of the work, and surprise them with how she actually saw the world,” Taylor said in an interview.

In conjunction with the film, Lange’s goddaughter, Elizabeth Partridge, put together a large-format book of Lange’s work published with the same title by Chronicle Books. Partridge, an author, also prefaces the book with a biographical essay. The publication contains sixteen very rare photographs of Lange’s, and more than one hundred photographs in all.

Like Taylor, Partridge’s point of view was shaped by her childhood interactions with Lange. “One of the things I really understood when I was young was that she was very critical and I was a little afraid of her,” Partridge said. “I finally have understood that the person she was the very hardest on was herself. … That was the way she pushed herself beyond ordinary peoples’ limits.”

Lange herself was able to take part in the artistic direction of both Taylor’s documentary and Partridge’s book through her impact on them as youth. Taylor and Partridge grew up together, and it seemed only appropriate to them that they should undertake this project together. “In a lot of ways, our lives have always prepared us for doing this,” Taylor reflected.

The Oakland Museum of California (1000 Oak St., Oakland) is hosting an off-site exhibition of Lange’s work at the Oakland International Airport through January 2015. The museum will also host the world premiere of Dorothea Lange: Grab a Hunk of Lightning, which will include a Q&A and book signing with Taylor and Partridge on Saturday, August 23 at 2 p.m. (The documentary also airs on PBS on Friday, August 29 at 9 p.m.).

Town Business: A New Police Headquarters. Does Oakland Have the Money?