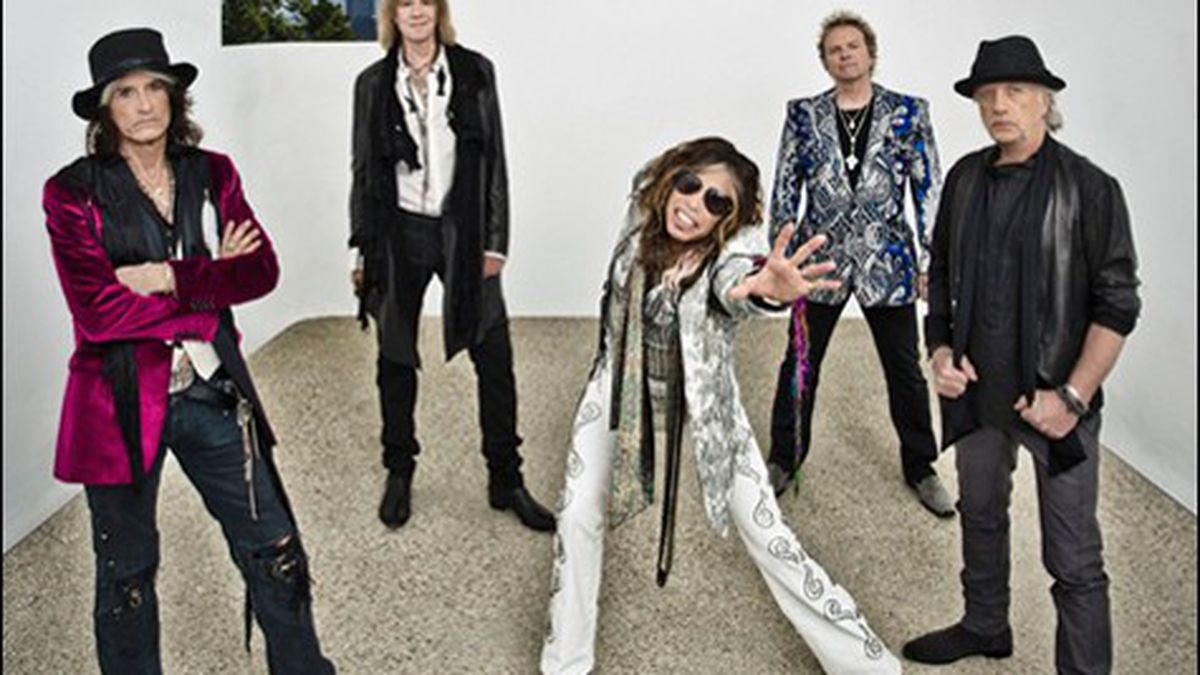 Dinosaurs stalked the the Oracle Arena on Saturday — that is, if you equate an old, classic-rock group with a bunch of prehistoric reptiles, and many people do. But I am pleased to report that Aerosmith’s near-sold-out date in Oakland erred a little more on the side of Jurassic Park than, say, what you’d find in a natural history museum.

I walked into Oracle with a completely open mind. Though I am but a humble epicurean of rock, I’ve spent much of my adult life at $5 punk shows and all-ages halls. The chance to get out of that red-lit, beer-sloshed comfort zone and see an honest to goodness arena rock set intrigued me. And the show wouldn’t disappoint.

Opener Cheap Trick played a masterful set of classic material, even without founding member and drumming icon Bun E. Carlos. Robin Zander had his preposterous captain outfit. Rick Nielson played the five-headed guitar. It was age-appropriate — meaning youthful in spirit, but geared for old codgers — smart and concise, which speaks volumes for a “pop” band that has rarely gotten its due outside of Japan and pockets of the Midwest. I was all smiles. One complaint: Please stop playing “The Flame.” That song sucks, no matter how many tasteless middle managers say otherwise. I would much rather have heard anything off of the 2006 album Rockford.

So would Aerosmith be a giddy, hard-rock romp (circa the 1975’s Rocks or 1976’s follow-up Toys in the Attic), or would it be a saccharine, power ballad-heavy slog through mediocrity and diminished expectations? Aerosmith came out swinging with “Draw the Line” (1977), followed shortly by 1989’s “Love in an Elevator” and the 1974 song “Same Old Song and Dance.” A solid 84 percent of the set was culled from its catalog prior to 2004, and 68 percent came from the years before 1987. However, for an enthusiastc crowd with no illusions about Aerosmith ever writing another song, it was pretty much perfect.

Understand: Oracle Arena circumscribes a world in which pints of beer cost $13. Other notable features of the show included utterly extraneous and seemingly unending solos, $40 T-shirts, and jams that go so far down the blues hole they become excrutiating. (Seriously dudes, you looked like you were having fun up there.) Nonetheless, that doesn’t take away from the 64-year-old Steven Tyler still commanding the attention of thousands like a prowling tiger. Scarves and all. They do not phone it in.

Is 2012’s “Legendary Child” as good as 1978’s “Back in the Saddle?” Definitely not. But it wasn’t too bad live. That said, the show wasn’t without its clunkers. The sleep-inducing “Oh Yeah” seemed tailor-made for bathroom breaks. Tyler probably won’t win any new fans with that one. He might, however, whet people’s appetites just enough to send them back to his earlier oeuvre. I wouldn’t be surprised if a lot of people went home, dusted off their old records, and actually gave their earlier material an honest listen. A hits-heavy tour like this could help them move more than a few units.

And there were moments of pure majesty, too. The bass line for “Sweet Emotion” was absolutely unparalleled, and for the four or five minutes of that song I felt a strange connection with every other grizzled fan at Oracle — mostly humans with whom I otherwise seemed to have nothing in common.

“Walk This Way?” These guys must have played that ten thousand times, but it still kills. And yes, for those who asked, the encore did involve Steven Tyler playing piano on “Dream On,” while lead guitarist Joe Perry climbed on top and started soloing. Of course it did. After all, this band has virtually mastered the art of self-indulgent rock ‘n’ roll excess. But maybe they deserve to act that way. After all, these fellas have written a handful of timeless songs that any working musician such as myself would kill to have written. Overall, they gave a pretty fun show in a world that I normally do not travel in at all.

Is the Noose Tightening Around John Yoo?