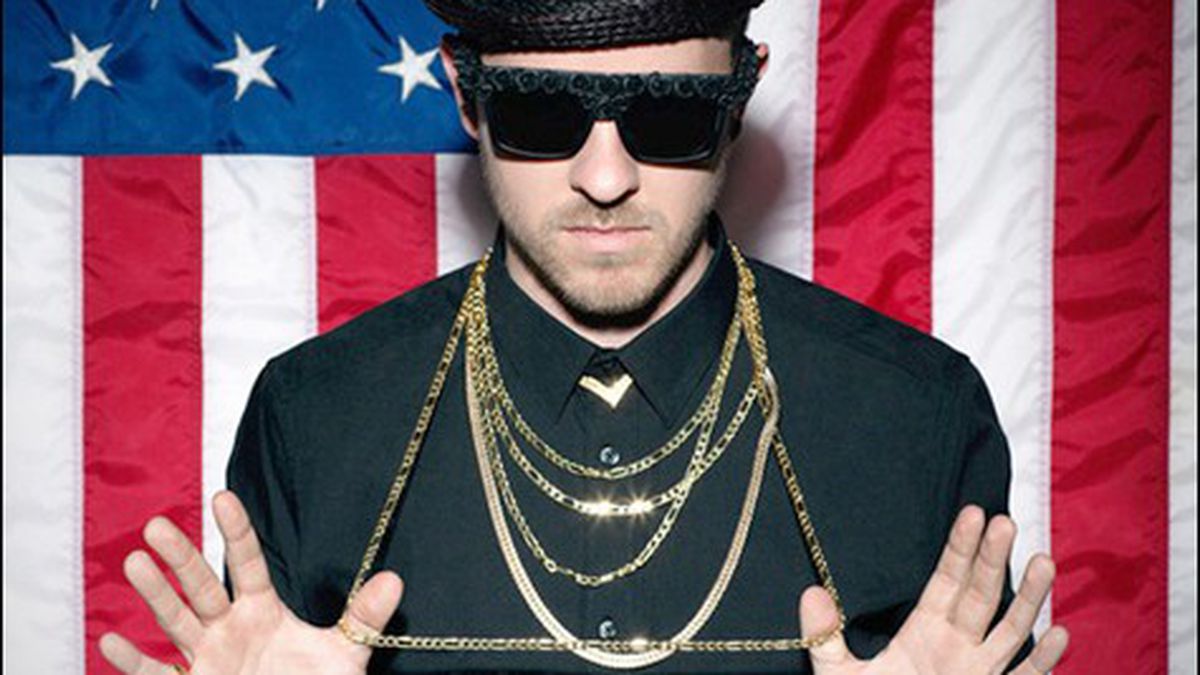 A Primer for Outside Lands

How to navigate San Francisco's biggest, most exciting music festival.

Not only is Outside Lands the biggest and most exciting festival in a city that’s quickly become a go-to destination for festivals, it’s also a critical economic engine. A report by Patrick Tierney, chair of the Department of Recreation, Parks, and Tourism at San Francisco State University, found that last year’s event generated $67 million for the local economy, and created 756 jobs — 683 in San Francisco alone. There’s absolutely no disputing that giant, well-curated, monstrously popular arts events help enhance a city’s reputation, generate revenue for its transportation system, and boost its tourism industry. Now we have the metrics to prove it.

This year’s Outside Lands just sold out, and, like all of its antecedents, it should be a rousing success. And since we know that a lot of attendees come in from out of town to join the festivities — no, really, we’re on to you: 72 percent of respondents to Tierney’s survey said they’d come from outside San Francisco — we thought you might appreciate a little primer. After all, getting to Golden Gate Park isn’t always a piece of cake, and the famously tetchy San Francisco weather might present problems for anyone who flies in from Burbank wearing flip-flops. More importantly, though, we want to help you maximize your Outside Lands experience. Producers at Berkeley-based Another Planet Entertainment, and their New York counterpart, Superfly Presents, have booked one of the best lineups in the festival’s history, with a full roster of night shows, the Barbary Tent Comedy and Variety showcase, several tent-pole headliners (Stevie Wonder, anyone?), and new amenities like Beer Lands — a beer garden with suds from sixteen local craft breweries.

Since the festival has acts running on four stages concurrently, and since it occupies such a huge swath of Golden Gate Park, some festival-goers become overwhelmed by, well, the tyranny of choice. Lest you need a guiding hand, here are our suggestions:

First, the essentials: You probably don’t want to miss Neil Young, the weathered Rock and Roll Hall of Famer who currently lives on a ranch in La Honda, California, where he continues to write prodigiously — his most recent album, Americana, dropped in June. He’ll cap off an extraordinary day that starts at noon with Austin rock quartet White Denim and New Orleans second-line outfit, Dirty Dozen Brass Band. (They play at the same time, so pick your poison.) Young will play at Lands End Stage in the Polo field, which is Outside Lands’ equivalent to a main stage. As any festival vet will tell you, the crowds will form pretty fast. Last year’s swarm around Saturday headliner Girl Talk was so thick that you couldn’t bobble to one side or another without elbowing the guy next to you. Add to that the high probability that some moony-eyed couple will start making out next to you as soon as Young launches into “Heart of Gold.” (Last year, when Girl Talk mixed Busta Rhymes with an old rock chestnut, all bets were off.) A show like this one isn’t for the claustrophobic.

One bit of advice: If you want a good sightline, get to Lands End at least 45 minutes before Young’s 8:10 p.m. start time. That means you might have to sacrifice a chance to see baroque folk instrumentalist Andrew Bird, who’s playing the Sutro Stage around the same time. For hard-core music heads, that might be a tough call — if you decide, in the end, to catch Bird’s set and watch Young on a video monitor, we can hardly blame you.

Other acts to catch on Friday include DJ duo MSTRKRFT, who hit the Twin Peaks stage (conveniently located across the meadow from Lands End) at 7 p.m., YACHT (for those you who like glitchy experimental music), indie rock act The Walkmen (who coincide with YACHT — personally, I’d choose YACHT), and the Bay Area’s own Wallpaper (full disclosure: he’s my cousin). Beatboxer, solo performer, and renowned TED talker Reggie Watts also performs that afternoon. He’ll surely have one of the best shows of the day, but keep in mind that he also tours the Bay Area a little more frequently than most of these acts (within the last few months he’s graced both Yoshi’s and The Independent), plus he’ll do another set during Saturday’s Nerdist Stand-Up Cluster. So it won’t be catastrophic if you miss his 2:35 p.m. set.

If we had to name a day dominated by local acts, this would be it. Singer-songwriter Sean Hayes (Sutro Stage, 1:15 p.m.); indie-rock trio Geographer (Twin Peaks, 2:10 p.m.); quirky, melodic quintet Grandaddy (Sutro Stage, 5:10 p.m.); noise rock four-piece Thee Oh Sees (Panhandle Stage, 6:05 p.m.), and beloved old-school thrash outfit Metallica (Lands End, 7:55 p.m.) all have local-ish ties. You can probably engineer your schedule to catch all of them, albeit with a little overlap between Grandaddy and Thee Oh Sees. That said, we also recommend some of the bigger names of the day: Outkast rapper Big Boi, whose aborted set caused a huge stir last year, but who actually delivers an amazing live show when his rig is working, will take the Twin Peaks stage at 5:15 p.m. He’s followed by jazz-pop singer Norah Jones on the Sutro Stage at 6:40 p.m. Her most recent album, … Little Broken Hearts, was a surprising work of petulant songwriting, particularly for an artist who normally graces Starbucks kiosks. We’re anxious to see how she’ll interpret it live.

And, finally, for those who don’t mind missing Metallica: Icelandic group Sigur Rós is Saturday’s other headliner, commandeering Twin Peaks Stage at 8:40 p.m. If your taste errs on the high-art side of the rock spectrum, that’s the show for you.

Guys, two words: Stevie Wonder. If you see no one else at Outside Lands this year, catch his set, 7:20 p.m. at Land’s End. Otherwise, Sunday might be the lightest in terms of band cachet (though The Dome’s DJ lineup looks fairly promising, with afternoon sets by Julius Papp, acid jazz connoisseur Mark Farina, and Señor Oz, who also does the monthly “Afrolicious” party at the Elbo Room). But there’s still plenty worth seeing: Worldish pop singer Santigold takes the Twin Peaks Stage at 5:10 p.m., roughly coinciding with songwriter Jack White, formerly of The White Stripes, who graces Lands End at 5:25 p.m. You’d do well to catch either of them. Other standouts include the garage four-tet Bloc Party (Twin Peaks, 6:45 p.m.) whose sound is a little self-consciously grunge, but whose members definitely have a cult following in the Bay Area. Bomba Estereo (Panhandle, 6 p.m.) will put its own spin on the Afro-Latin hip-hop trend. Granted, if you spend most of the afternoon killing time before the opening hook of “Superstition,” we can hardly blame you.

Ah, the big question: What will the weather be for Outside Lands? As of publication time, Weather.com forecasted partly cloudy skies with a high of 71 on Friday, a high of 69 on Saturday, and slightly cooler, at 67, on Sunday. In other words, Friday should be sunny, Saturday and Sunday will probably be breezy and foggy and maybe sunnyish (if we’re lucky), and we’ll all freeze our butts off when the sun goes down. If you’ve never been to Outside Lands, be prepared for radically varying temperatures, fierce wind, a hot sun, and lots of fog. Our recommendation: layers! — leggings, lightweight warmth, and, most importantly, comfortable shoes (only wear open-toed shoes if you want really dirty feet at the end of the day). Pro tip: a hat or scarf will go a long way to stave off the chill. It may be summer, but not in San Francisco.

Hey, you’re at the biggest summer music festival in the Bay Area — let all your friends know! If you’re Tweeting: Follow @sfoutsidelands: the official Outside Lands Twitter feed; and @EBXOSL: the official Express Outside Lands Twitter feed for real-time coverage, photos, and our drunken insights! Helpful hashtags: #outsidelands, #osl. If you’re Instagramming: Use the hashtag #outsidelands. You can’t go wrong with the brightening Amaro filter — especially if it’s a little foggy out. And don’t forget about the Outside Lands app: indispensible — especially for navigating the schedule. Download it!

Word to the wise: Ride your bike. Download a PDF of bike routes from Civic Center BART at SFBike.org. There’s complimentary valet bike parking along John F. Kennedy Drive, courtesy of Levi’s Mobile Bike Shop — for easiest access, use the entrance at 30th Avenue and Fulton Street. If you’re not biking, though, Esurance offers a shuttle from Bill Graham Civic Auditorium, which is right next to Civic Center, and there will also be free pedi-cab rides along John F. Kennedy Drive to the Stanyan Park and 8th Avenue entrances, as well as the Crossover Bridge. Muni runs multiple bus lines from downtown San Francisco to Golden Gate Park; Outside Lands’ website refers you to the routes on 511.org, though we’d suggest taking the #5 from Powell Street to 25th Avenue. Festival producers offer a fairly comprehensive list of local bike rentals and taxi services at SFOutsideLands.com, under the “Getting There” section; they also suggest the website Zimride for carpool options. One cautionary note: Parking is always scarce in that part of San Francisco, and this weekend it will be virtually nonexistent.

Probably the most important advice we can offer you, food and beverage-wise, is to bring cash, and lots of it — meaning at least $40. Otherwise, you’ll get stiffed at the ATM. Whereas a bar or convenience store might tack on a $2.50 fee, the sky’s the limit for festival surcharges, and they can run up to $8. That said, the food at Outside Lands is actually quite good. Organizers pride themselves in having great taste, and their curatorial reach extends to the concessionaires. Culinary programming includes a wide range of vegan, organic, and international foods, at decent prices for a festival, and there are enough vendors in supply that the lines never get too bad. This year’s edition will feature about 65 booths from such restaurants and food trucks as Big Chef Tom’s Belly Burgers, Seoul on Wheels, Living Greens, Liba Falafel, and Bacon Bacon. And don’t miss Beer Lands, curated by local brewer Dave McLean, who chose thirty craft beers from sixteen craft breweries. In past years, Outside Lands has allowed patrons to bring their own food through the gate, though you probably won’t want to miss out on the gastronomic offerings.