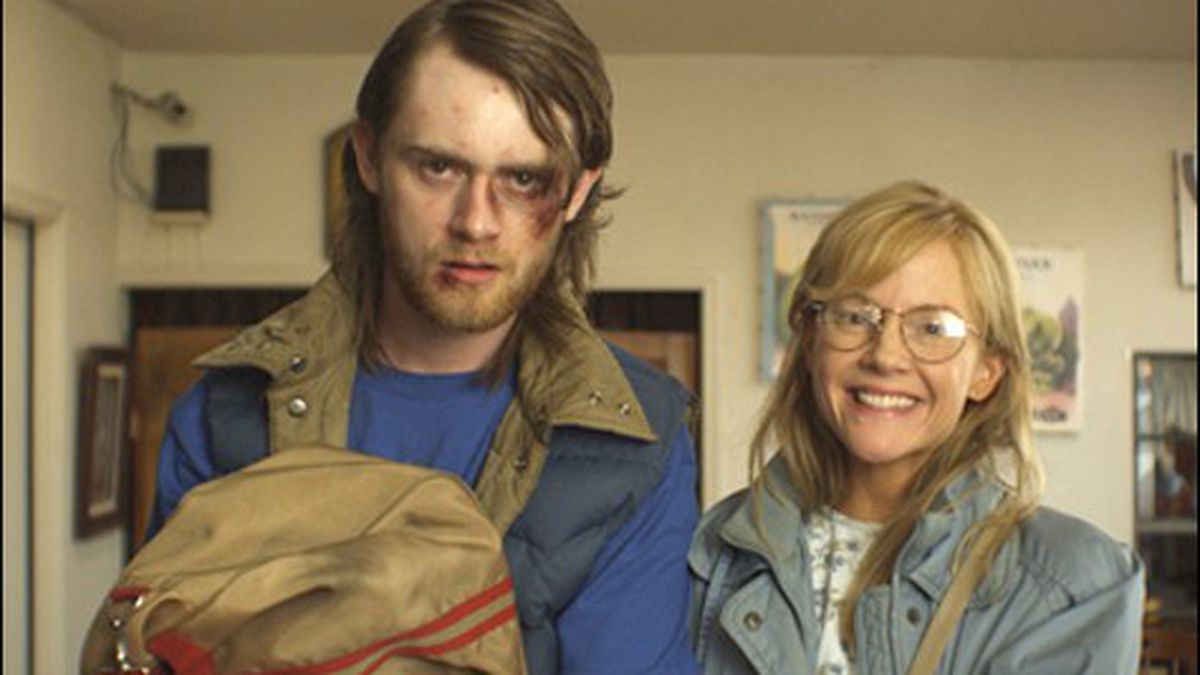 Rachael Harris is a frequently blond-haired, often bespectacled actress who has made her living primarily on television, doing comic character parts on such shows as Desperate Housewives, Reno 911!, and Funny or Die Presents. Occasionally she pops up in movie roles, like Ed Helm’s nagging wife in The Hangover.

Things come to a head when Abe, on the critical list, requests a meeting with one of his numerous biological offspring. Off to Tampa goes Linda, and discovers a loser named Raymond (Matt O’Leary), a white-trash drug dealer wanted by the police. From there on it’s a road trip, usually one of the most wearisome plot devices in existence. We expect Linda and Raymond to reach some sort of rapprochement en route, and that happens — but the way it happens is what makes Natural Selection worth the time.

Classic-Hollywood fans will be startled to note that Harris has the same vocal rhythms and timbre as 1930s-1940s screwball comedienne Jean Arthur. The 2011 American South, however, contains no traces of Frank Capra. Popular imagination used to believe that there was something romantic about going on the road. This movie demonstrates that it’s a pretty rough place out there in Flyover Land. Harris and O’Leary are up to the challenge, and Natural Selection is a pleasant surprise.

At One School, Questions