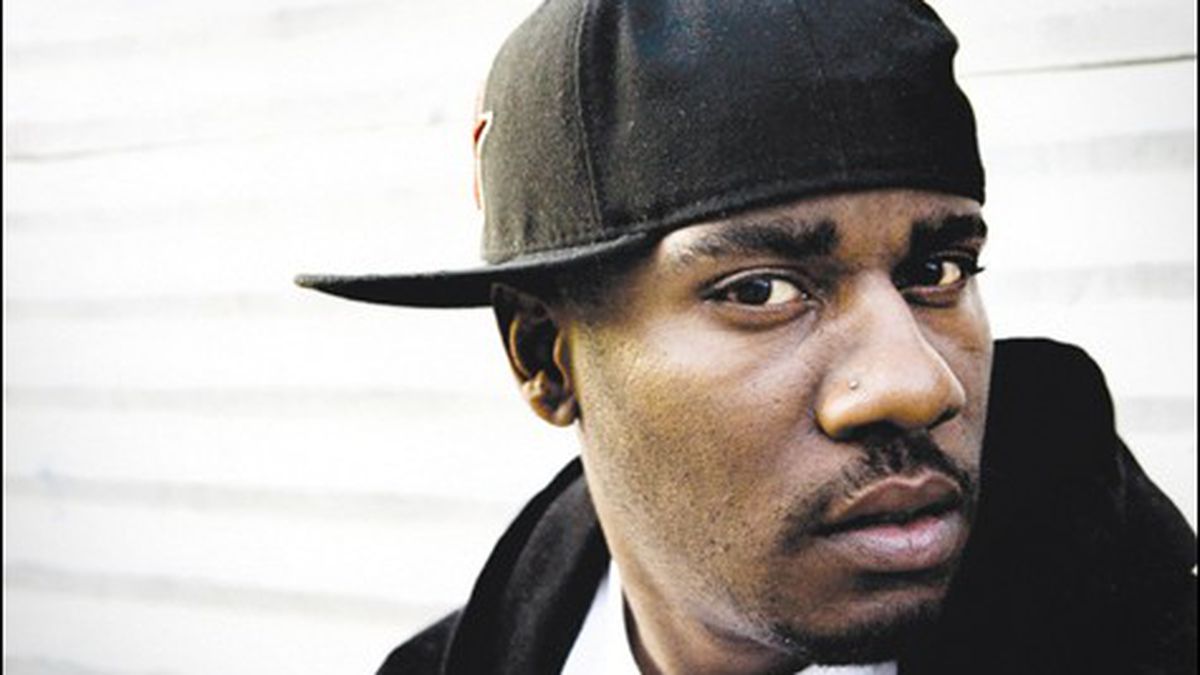 Mystik Journeymen and the Depths of Survival

Two "underground survivors" struggle to retain fans in their hometown.

The biography of Mystik Journeymen is easily the best rags-to-riches story in a genre that’s replete with rags-to-riches stories. Two guys launch their music careers by hawking cassettes outside of Rasputin. They live in an East Oakland warehouse, throw parties with a $1.87 door charge, and use the proceeds to pay their electric bill. They sustain themselves on Top Ramen and tour in a Greyhound bus. They produce tracks from gospel records in Amoeba‘s dollar bin. And the tracks have actual staying power.

When Journeymen emcees Luckyiam and Sunspot Jonz graced The New Parish last Thursday, they seemed largely unchanged since the days of warehouse partying and instant noodle soup. Lucky had face piercings and neck tattoos, Jonz wore a sideways baseball cap and a T-shirt advertising some college radio station in Colorado. Now in their late-thirties, the Journeymen still eke out a living on hip-hop and various hip-hop-related enterprises. And, evidently, they still struggle for name recognition. Roughly fifty people showed up to Thursday night’s show, most of them ardent fans who have followed the Journeymen for years.

Blame it on branding, since the name “Mystik Journeymen” gets less currency than that of the group’s crew, Living Legends. Or blame it on a relative dearth of publicity. Or the fact that they had to compete with a free show at Mezzanine in San Francisco, which featured fellow Oakland rappers Hieroglyphics alongside their more-famous Mississippi counterpart, David Banner. Whatever the case, it was a disappointing turnout. Sunspot swaggered in at 11 p.m., sussed out the crowd, and sat down dejectedly on a chair. He had the hiccups.

Granted, the Journeymen are accustomed to far greater challenges. They started their careers with an incredible paucity of resources. “I didn’t have that many records because I was too broke,” Jonz said, during an interview at his Jack London Square hotel room. “So I sampled off the jazz station on the radio.” According to legend, the Journeymen recorded a demo on top of a Taylor Dayne cassette tape. Not for nothing were their most famous parties nick-named “Underground Survivors” and “Broke Ass Summer Jams.”

But the rappers knew how to brand themselves, and they eventually formed a formidable eight-man crew. About ten years ago, seven of the eight Living Legends moved to Los Angeles and tried to consolidate their market. They focused on touring and merchandizing, expanding their business to include T-shirts, DVDs, and other schwag. In 2007, they toured with Rage Against the Machine. They still spend much of the year on the road. Ironically, though, they’re losing the warm embrace of Oakland.

Several “special guests” opened the Thursday-night show, including a young Los Angeles-born rapper named Nocando. Using a laptop as his rhythm section, Nocando cued up a series of beats, including one filched from the South London rapper Tinie Tempah (a tasteful bit of plagiarism, by hip-hop standards). Despite the primitive setup, he managed to draw audience members to the dance floor, which at least gave the illusion of a bigger crowd. And he was cute, making observational jokes about his fashion sense (namely, skinny jeans).

“Welcome to an underground show,” Jonz said, barely looking up from his iPhone.

It was nearly midnight by the time the Journeymen got onstage. And yet, audience members stuck around. Once Luckyiam and Sunspot Jonz picked up their microphones, the whole tenor of the room changed. Maybe it’s because of their height and bearing — both rappers are tall and sinewy. Or perhaps it’s their stage presence, honed by more than a decade of live performance. Or maybe it’s force of personality, or the whole elaborate mythology behind Mystik Journeymen.

In short, they were riveting. “My name is Sunspot, I will destroy you — you maybe, fifty people,” Jonz ad-libbed, as the first drum fill burbled over a stereo speaker. “I’m at the New Parish, ain’t nobody here, but we still stepping!”

They played a set littered with classics, including the ever-inspiring “Depths of Survival,” a cut from their 2000 album, Stolen Legacy. It has the Journeymen rapping about grit and endurance over a protracted two-chord jazz vamp. The coolness of the beat belies the petulance in the lyrics. I want to be a writer/No one in my family understands Jonz rapped, stoutly defending his chosen profession.

It’s part of the essential drama that defines Mystik Journeymen. The two rappers never quite jumped the gap that separates cult status from mainstream popularity. And, in a sense, they never quite got their due. Jonz’ frustrations are obvious.

“You know what?” he asked the crowd. “This will be the last show we ever do in Oakland.”