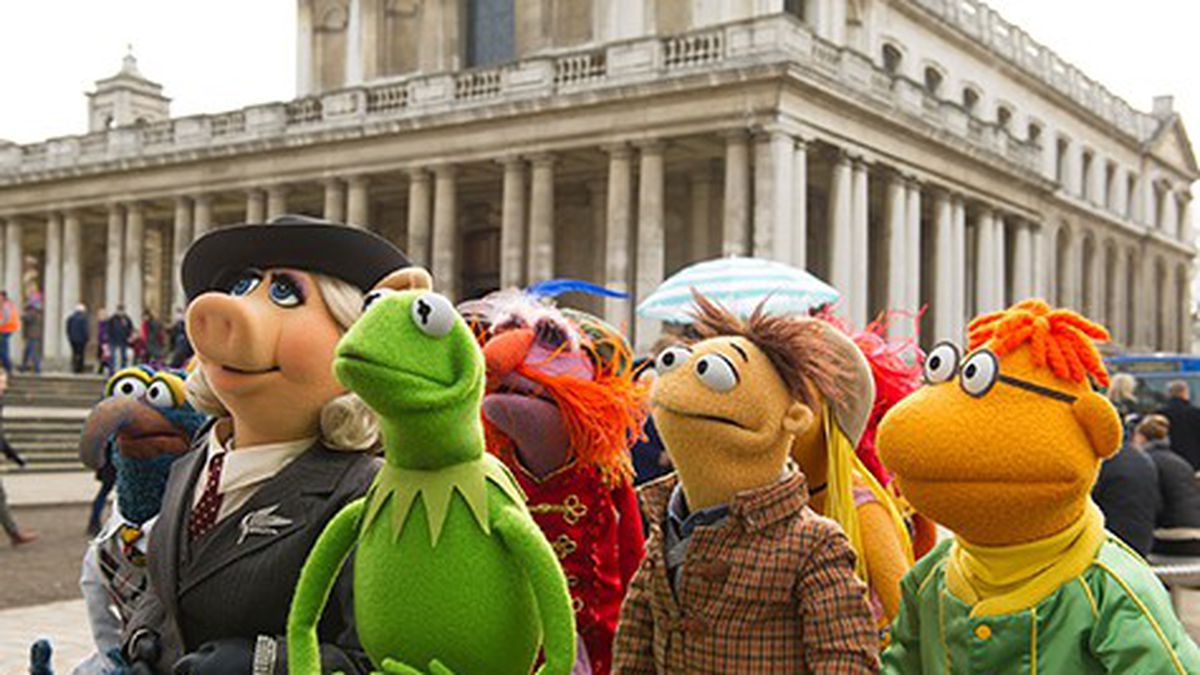 This may come as a shock, but the Muppets are passé. Two or three generations have matured since the late Jim Henson introduced his hairy, gregarious puppets in 1955, on local TV in Washington, DC. Sesame Street, The Muppet Show, and numerous spinoff movies and guest shots followed — and all during that time, Kermit the Frog has resisted the advances of Miss Piggy.

These days, however, it’s hard to get a six-year-old to sit still for Fozzie Bear, Scooter, the Great Gonzo, and the rest of the gang. I know because I took an informal poll of kids, and none of them would consider the Muppets as an entertainment choice, despite prompting. But don’t despair, Muppet lovers, there’s a silver lining. Movie industry mavens discovered years ago a secret following for Henson’s motley crew. Parents who grew up on the Muppets are now dragging their kids to see them whether the little ones want to or not. It’s an industry built on parental coercion. Who knows how many children will grow up nursing emotional grudges against Rizzo the Rat?

In the meantime we’ve got Muppets Most Wanted, neither the best nor the worst of the franchise’s long line of feature-length films. The theme this time is international intrigue. A Kermit lookalike named Constantine (voiced by Matt Vogel, with Steve Whitmire handling Kermit) has escaped from a Siberian gulag. As part of his gang’s plan to steal the crown jewels of England, Constantine — who sports a mole on his face — abducts Kermit and trades places with him in order to set up the heist under cover of the Muppets’ European tour. The gag is that even with Constantine’s outrageous accent and uncharacteristic laid-back attitude toward producing the tour’s shows, none of the Muppets notice they’re being led by an imposter — especially not Miss Piggy, who is pleased the “new” Kermit is finally receptive to her flirting.

The guest-star parts and cameos are numerous: Tina Fey leads the pack as Nadya, commandant of the gulag, who also harbors a mad crush on Kermie. If we squint at the gulag’s inmates, we can spot Ray Liotta and Danny Trejo mincing around. (The prisoners’ takeoff on A Chorus Line is one of the highlights of director James Bobin’s screenplay, co-written with Nicholas Stoller.) Ricky Gervais costars as the Muppets’ unctuous new tour manager. (Do not trust him — his name is Dominic Badguy.) Also dashing through the scenery as the Muppets visit Berlin, Madrid, Dublin, and London are Ty Burrell, Christoph Waltz, Stanley Tucci, Saoirse Ronan (look fast), Salma Hayek, Zach Galifianakis, famed soccer announcer Andrés Cantor, Frank Langella, Tony Bennett, Sean Combs, Céline Dion, Lady Gaga, Toby Jones, James McAvoy, Chloë Grace Moretz — the list goes on and on. Parents will pick up on these, toddlers will not.

The Kermit-Miss Piggy standoff is of course one of the modern age’s great stories of unrequited affection. For years, Henson and his heirs have wrestled with the question of just how far to go in depicting the physical act of love between a frog and a hog. If we were to tell you that Miss Piggy would eventually give birth to a greenish piglet and a pink frog, you’d be astonished. That’s as preposterous as the idea that the CIA would hire a talking eagle. Familiar fun with familiar faces — that’s Muppets Most Wanted.

Have You Heard? The Housing Market Sucks.