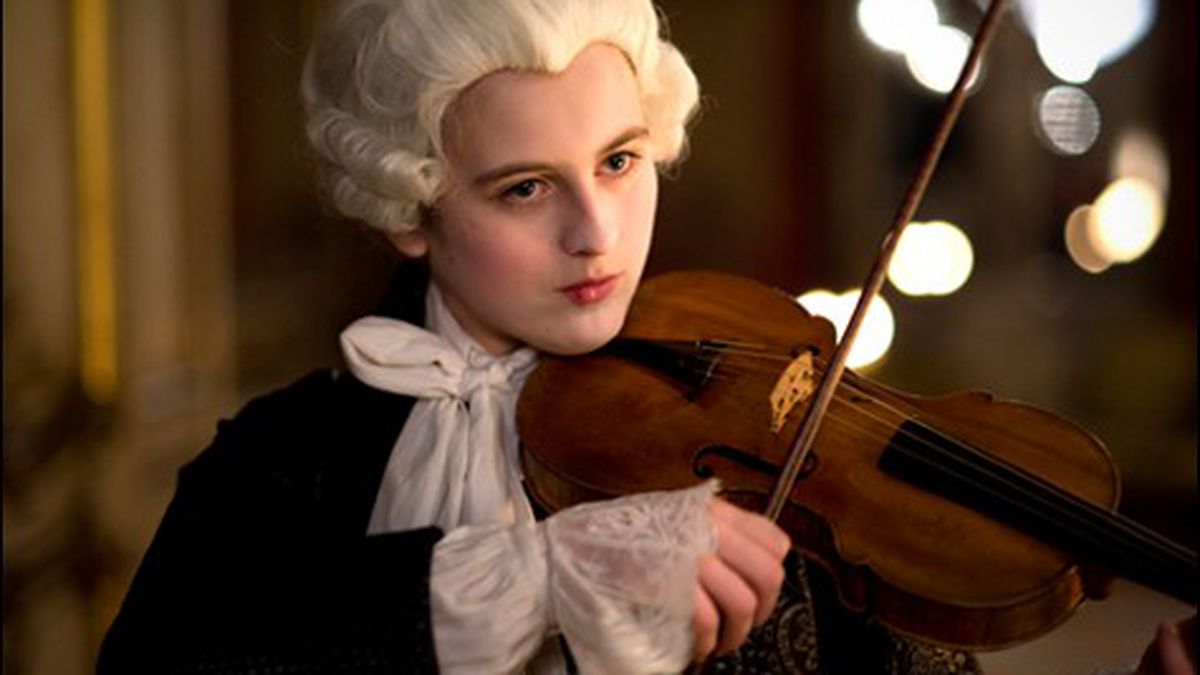 There’s a scene in the middle of René Féret’s Mozart’s Sister in which eleven-year-old Wolfgang Amadeus Mozart (played by David Moreau) and his older sister Maria Anna, nicknamed Nannerl (Marie Féret) both awaken with a start one morning, apparently with the same piece of music in their heads, and gleefully race to the harpsichord to finish the composition together in total collaboration.

This spontaneous joy of creativity will instantly make the film a treat for classical music fans, yet there’s more to writer-director Féret’s slice-of-artistic-life than his depiction of the working lives of Mozart and his largely unknown sister, also a child prodigy in her own right. In its 120 sublime minutes, Mozart’s Sister, a dramatization of the neglected Nannerl’s life, paints a detailed, emotionally touching portrait of a time and place in which even musical genius isn’t enough to save a person from heartbreak and disappointment.

Shortly before the French Revolution, Austrian music master Léopold Mozart (Marc Barbé) and his wife Anna Maria (Delphine Chuillot) made their living traveling by coach back and forth across Western Europe to present their gifted children to noble aesthetes in exchange for their patronage. Although Nannerl was a brilliant composer-singer-violist-harpsichordist, their father had already made the determination that young Wolfy was to be star of the show, ostensibly because he was a boy — a pattern that recurred throughout Nannerl’s life.

On the road, fifteen-year-old Nannerl meets two people who come to symbolize her own struggle with societal norms: the delicate Louise de France (wonderfully played by Lisa Féret, another of the director’s daughters), teenage offspring of King Louis XV, locked away in an abbey by her promiscuous parents; and, at the court of Versailles, Louise’s brother the Dauphin (Clovis Fouin), a fellow musician also bound by rigid royal responsibilities.

Not for everyone, Mozart’s Sister will nevertheless thrill patient audiences not only with its period detail and original music score, an imagination by composer Marie-Jeanne Séréro of Nannerl’s lost compositions — none of her music survived — but with its ironic tale of throttled inspiration.