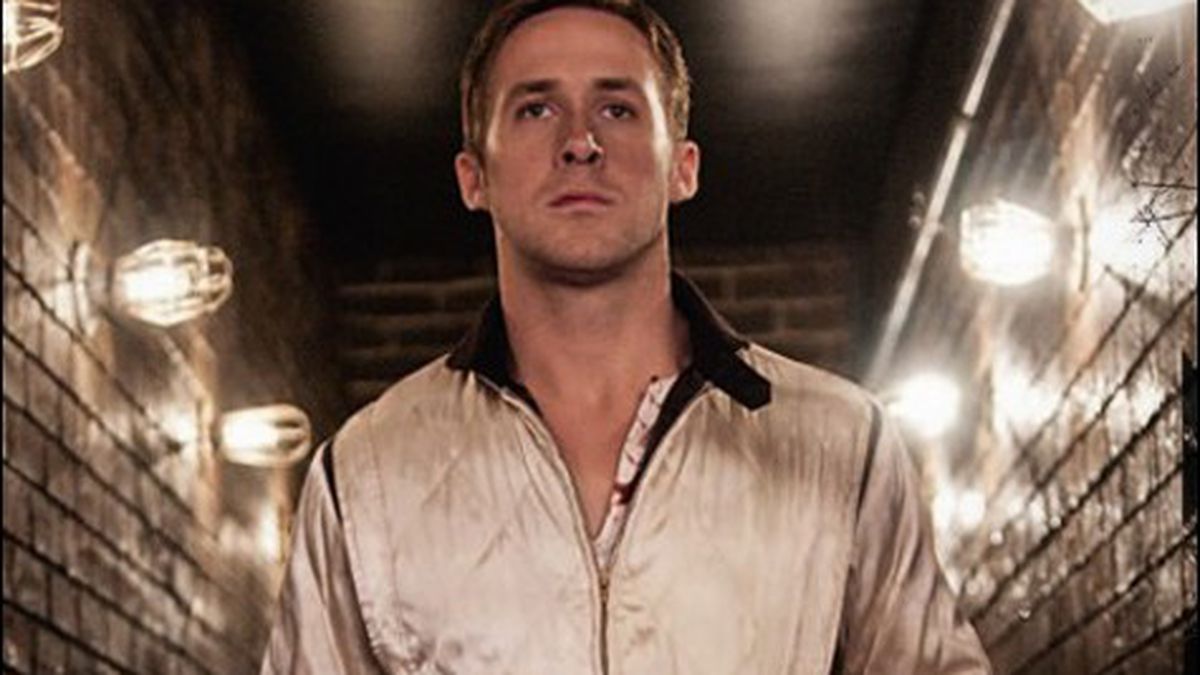 The glittering road to ruin.

With Drive, filmmaker Nicolas Winding Refn and actor Ryan Gosling have manufactured that rarity of rarities, an arty actioner that requires almost no excuses.

The Driver, Gosling’s unnamed protagonist, lives in contemporary Los Angeles, where he calmly performs dangerous auto stunts for movies in the daytime and spends nights moonlighting as a wheel man for select criminal clients. In his suped-up but innocuous-looking Chevy Impala with the NBA game on the radio, the taciturn, blank-expressioned Driver is a coo-oo-ool customer. He’s a technocrat in a world of thugs.

I know what you’re probably saying: “Hey, wait a minute. Veteran action director Walter Hill already made this movie in 1978, with Ryan O’Neal as the ice-cold driver.” And that’s true. Hill and O’Neal’s The Driver, a gloriously chilly cat-and-mouse story with terrific pre-CGI auto stunts, remains the LA wheel-man movie to beat. But Drive gives it a serious run for its money. Instead of The Driver‘s creepy, obsessive cop (Bruce Dern) and spooky femme fatale (Isabelle Adjani), we get bad guys Albert Brooks and Ron Perlman, and lady in distress Carey Mulligan. Not much depreciation there.

Gosling’s Driver works at a garage owned by his old mechanic buddy Shannon (Bryan Cranston) and gets his midnight getaway gigs from a pair of brutal hoods named Bernie Rose (Brooks) and Nino (Perlman), who operate out of a distressed strip-mall pizza parlor. It’s a pleasure to see those latter two actors again — LA Jewish gangsters have become a rare commodity on screen lately. On a whim, the Driver also joins forces with Irene (Mulligan, more muffled than usual), a sullen waitress with a smiley young son, gloomily waiting for her husband, Standard (Oscar Isaac), to get out of prison. And so we expect our numbed-out hero to eventually tangle with the jealous husband as well as with his bosses. But Refn and screenwriter Hossein Amini, adapting James Sallis’ novel, are clearly in the business of avoiding clichés here, and most of the time they succeed — we’ll give that LA River joy ride scene a free pass.

All the noirish mayhem suits Gosling perfectly. The Canadian-born leading man (Blue Valentine, Lars and the Real Girl, Half Nelson), has a knack for outwardly affectless, inwardly seething characters. No matter at what point in any given story, Gosling is perpetually two minutes from going berserk. This makes for a limited résumé, but with the right handling and a sympathetic scenario, his bland, inarticulate menace can be very effective.

Filmmaker Refn provides. The transatlantic Copenhagen native writer-director broke out of the box quickly with the ultra-violent Pusher (1996) and its sequels, then made a notorious cult object called Bronson, a monochromatically vicious character study starring Tom Hardy as an incorrigible career convict. Refn’s love of kinetic skullduggery meshes quite well with Drive‘s screenplay by Hossein Amini (The Four Feathers, The Wings of the Dove). Amini puts the brakes on Refn’s most violent tendencies and lets the romance between Irene and the Driver steer the action in a slightly different direction, toward vulnerability. The short, lilting scenes of tenderness give Drive a dimension that only heightens the explosions that are sure to follow.

Gosling never runs out of gas. Neither does Refn’s fondness for the sort of short, illuminating burst of irrational character that can light up a film and make it seem bigger than it really is. The pawnshop stickup is a case in point. So is casting Christina Hendricks — minus her Mad Men padded derriere — as somebody named Blanche, who has no other function in the film except to put a piece of eye candy atop a bloodbath. If we look closely, we can also spot veteran actor Russ Tamblyn (Gun Crazy, Seven Brides for Seven Brothers, West Side Story) in the role of Doc.

Refn directs the story as if it were a dream sequence. Realistically, nothing adds up, but the narrative’s own inner logic is powerful enough to propel us across the finish line, running on fumes and red-lining tension, as if nothing else mattered but the Driver’s impulse to run away with Irene and little Benicio to that gas station in the sky.

A Hooligan’s Game for Gentlemen

Jerry Brown’s Optimism Has Been Costly