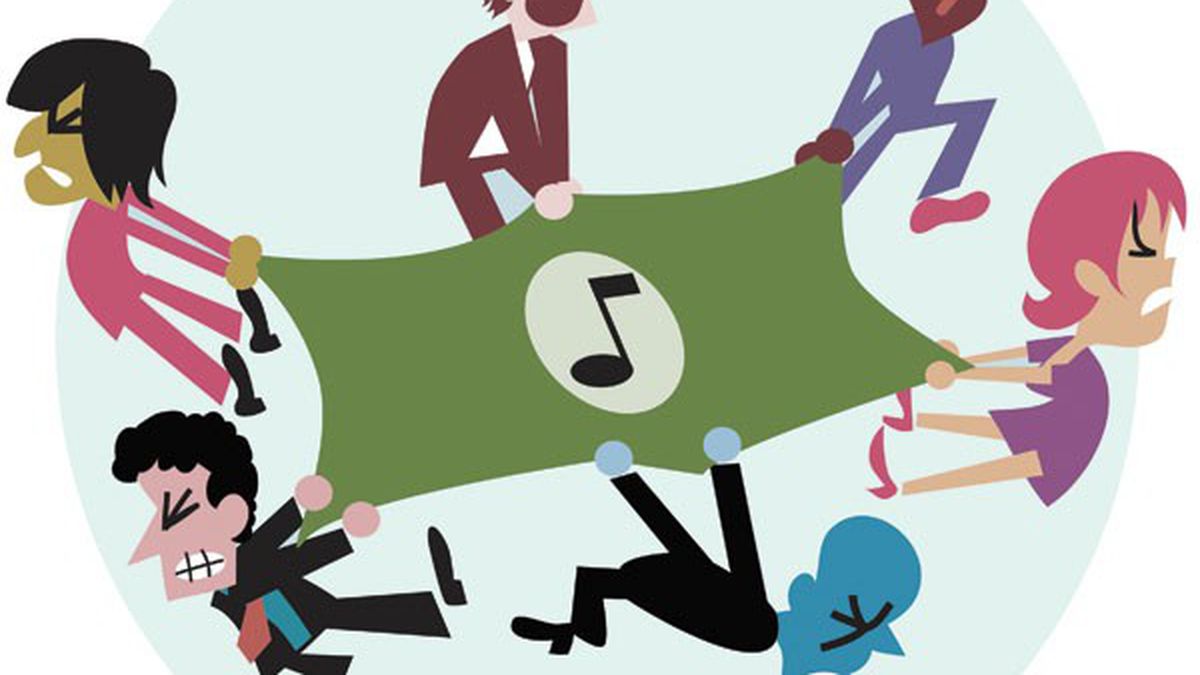 There's music everywhere. Money? Not so much.

In these tech-savvy, DIY times, the spectrum of a band’s economic options has widened to include more ways of doing business. Bands can write, record, distribute, and market music globally for next to nothing. If you’ve got the hooks, the Internet can make you a big fish fast. But that doesn’t necessarily translate to more dollars. In fact, if anything, it’s become even harder for bands to make a living.

Take the case of San Francisco band Tamaryn. In 2009, the group released its Weather War seven-inch on Italian vinyl-only label Hell Yes!, played select dates in Los Angeles, New York, and San Francisco with “it” band Girls, and got hot write-ups in Fader magazine. The band is spending Christmas recording its first LP on Matador imprint True Panther, which does only digital and vinyl releases, no CDs. Lead singer Tamaryn Brown says ProTools allows them to record themselves during their off-hours in their rehearsal studio while maintaining a global fan base via e-mail.

Yet the changed landscape means bands no longer make the bulk of their income off CD sales. To make money, they’ve got to tour. “Most of the bands I know that are doing well are, extensively, just on tour forever,” said Brown. At the same time, the singer realizes that to play out too much degrades a band’s value. “Playing any club, any show, anytime can kind of kill the mystery a little bit,” she continued. “Especially with YouTube and all the multimedia, it’s hard to keep any mystery. Everything breaks a spell, and your battle as an artist is to fight against that, to try and make something that has something that people want to enter into.”

Oakland metal band Saviours tour extensively in order to “scrape by,” but drummer Scott Batiste says the landscape is more competitive. “Now all these bands that would have never toured before, tour,” he said, citing the fact that no one makes money by selling CDs anymore. He said he has to book shows at least six months in advance, and the band has considered moving to Texas, where they could not only buy a house for cheap but be strategically located for touring. Their current modus operandi, according to Batiste, is “fucking tour your ass off and play play play play play. That’s it.”

Venues, meanwhile, are facing their own challenges. Though they have their pick of acts months in advance, today’s consumers are tight-fisted, and often don’t decide what to do with their money until the last possible minute.

“For all of 2009, I got very creative,” said Larry Trujillo, owner of Oakland’s Uptown Nightclub. “I focused a lot on doing lot of bigger local bands, lots of free shows. In the past, big touring bands commanded $15, $20 covers. Right now is not a good time for that. I made monster bills of good, solid local bands and made it free, and the gamble has paid off.” While Trujillo believes nightclubs are “recession-resistant” because people always want to escape, he doesn’t think many new venues will open in 2010 (although 2009 saw two new clubs open in Oakland, including the Fox Theater and the New Parish). Bands, Trujillo says, shouldn’t have high expectations. “Number one, you’re not going to make any money. … Knowing that keeps you from being de-motivated and quitting.”

Bands may feel that they have to tour in order to make money, but hitting the road is expensive. “Touring’s down — undoubtedly. It’s rough out there,” said Jordan Kurland, cofounder of the Noise Pop festival. He says the weeks-long surge of club dates that is the annual indie event will be more subdued this February. “Next year, you probably won’t see as many shows,” he continued. “I won’t say that for sure. If there’s great shows that pop up, we’ll do them, but for us, this economy is not going to support seven shows on a Wednesday night.”

The contemporary clichés that CD sales are down, vinyl is in, and touring is hot are true, but only to a certain extent. “It’s not like vinyl sales are going to rescue the music business,” said Kurland, who also heads Zeitgeist Artist Management, whose clients include Death Cab for Cutie. “It’s like saying, ‘Jazz sales are up.'”

Touring is indeed the lifeblood of the form right now, but bands have to manage demand for live shows more carefully, he says. Leonard Cohen sold out every date in his 2009 American tour precisely because he never plays. “You can’t go through town as many times as you used to,” said Kurland.

Coachella promoter and Warfield operator Goldenvoice saw a sharp drop-off in attendance for bands hitting the same town more than once a year. David Lefkowitz, Goldenvoice’s vice president of booking, says more bands are on the road, yet oversupply hasn’t really caused a drop in performance fees paid to artists. The Bay Area is just too competitive, keeping ticket prices relatively flat year to year.

Another Planet Entertainment’s second annual Outside Lands Festival in 2009 drew smaller throngs than its Radiohead-studded debut in 2008, but Treasure Island Music Festival, which they co-presented, sold out both dates for the first time in its three-year history. Another Planet’s new Fox Theater also did twice as many shows this year as expected, said company executive Allen Scott.

Adding to the tumult: the possible merger of former ticketing hegemon Ticketmaster with promoting leviathan Live Nation, which runs the Fillmore and books the massive Shoreline Amphitheatre and the Sleep Train Pavilions of the world. According to Billboard, Live Nation made $69 million in profit from $1.8 billion in sales in the third quarter of 2009, while Ticketmaster netted $13 million on $349 million in sales in the same period. Both Goldenvoice and Another Planet use Ticketmaster and compete with Live Nation.

“Should that merger go through, it will have a major effect on my world,” Lefkowitz said. “All of our user data will be available to our competitor.

Scott said he’s waiting to see what the Justice Department says about the possible merger. Kurland says it could force Live Nation’s enemies to ditch Ticketmaster once and for all.

“It might actually benefit indie clubs and promoters,” Kurland noted. “Ticketmaster doesn’t have the stranglehold they had with a lot of these rooms. People are starting to go outside of it. They’re not as scared as they used to be.”

Beyond Anarchy at PM Press