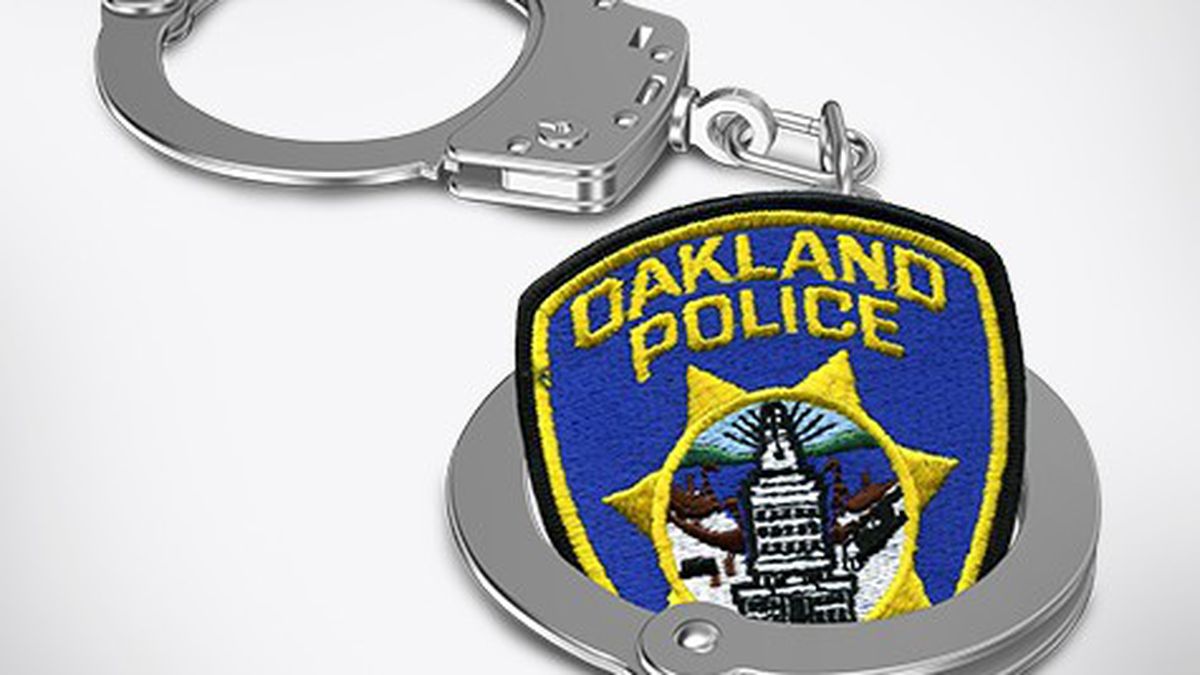 Activists say Kamala Harris needs to take over the case.

Oakland Police Department leadership has known for almost a year that some of their own officers sexually exploited an underage girl, possibly committing statutory rape and engaging in human trafficking. The Alameda County district attorney has been aware of these allegations since at least May of this year. And over the past four months, police agencies spanning four Bay Area counties have opened investigations into some of their officers who contacted a young woman who calls herself Celeste Guap. Yet, so far, not a single police officer has been charged with a crime.

Law enforcement officials insist that the case is being rigorously investigated, and that, if any officers broke the law, they will face charges in court.

But some in the community have lost patience. Oakland attorney Pamela Price is organizing a coalition to call on the state to take over the case from Alameda County District Attorney Nancy O’Malley, and to investigate possible cover-ups across multiple offices.

“Attorney General Kamala Harris should take over all these investigations,” Price told the Express.

She believes that OPD covered up crimes committed by its own officers, and that the Oakland police also purposefully withheld information from other agencies and prosecutors in San Francisco and Contra Costa counties that showed Guap had been contacted by dozens of police officers for sex, in some cases before she turned eighteen.

She said that OPD has known about the sexual exploitation and misconduct since September 2015, when officer Brendan O’Brien killed himself and left a suicide note detailing his colleagues’ behavior. “They got all this information around the time of O’Brien’s death,” Price said.

O’Brien met Guap on the streets of Oakland in February 2015. According to Guap, he “rescued” her from a pimp — but then the officer began having sex with her. She was seventeen at the time, making it statutory rape.

Other officers knew about this exploitative relationship, and some of them also allegedly raped her, potentially elevating their crime to human trafficking.

O’Brien left a suicide note that named other Oakland police officers who may have exploited Guap in early 2015. Days after O’Brien killed himself, OPD investigators interviewed Guap. Although she said she did not cooperate with this phase of the investigation, the department did obtain information from her social-media accounts, which detailed how other police officers met her. OPD also cloned O’Brien’s cell phone, obtaining the names and communications of multiple officers who were in contact with Guap.

But instead of notifying other departments and district attorneys with information regarding a sprawling sexual-misconduct scandal involving cops throughout the Bay Area, OPD appears to have buried it.

OPD Chief Sean Whent was later forced to resign because of the botched investigation, along with Terryl Smith and James Ta’ai, two rookie officers from O’Brien’s Eastmont Station squad who also allegedly slept with Guap while she was underage.

J.D. Nelson of the Alameda County Sheriffs Office told the Express that his agency first learned some of its deputies had contact with Guap from newspaper reporters, who called with inquiries in May.

Alameda County District Attorney Nancy O’Malley said in an interview that OPD never contacted her office about the possible rape and human-trafficking case. Instead, she first became aware of Guap and the sprawling sex-crime scandal in May, after the Express published its investigation.

The district attorney meets with police chiefs around the county every-other month to discuss allegations against law-enforcement officers that could impact their ability to testify in court, per the 1963 landmark U.S. Supreme Court decision Brady v. Maryland. O’Malley claims former Oakland Police Chief Sean Whent and his subordinates never informed the District Attorney’s office about the potential criminal conduct of OPD officers with Guap.

The Oakland police confirmed that they did not inform O’Malley about the possible statutory rape and human trafficking crimes until May.

O’Malley said her office is close to being complete with its investigation, but she declined to say whether or not criminal charges will be filed against any officers.

Oakland, Livermore, and Alameda County, who have been named during the course of the scandal.

“We should expect and demand more from our officers, and if there’s enough evidence, we should expect our District Attorney to hold them accountable,” Woods said. “They were exchanging protection for sexual favors with this girl — there’s no ifs, ands, or buts about it. That’s a crime.”

If O’Malley does not bring charges against the individuals named in what Woods dubbed “Guapgate,” he said it will portend badly for law and order in Alameda County. “Not filing charges will signal to the cops committing this misconduct that it’s OK — they’re untouchable, and it will signal to the community that police aren’t held to the same level of accountability as the average citizen. It’s a double standard.”

Last Friday, Guap was flown to Miami, where she checked into a voluntary drug rehabilitation center for a minimum stay of 45 days. She will not have access to a cell phone or social media while there, but her isolation will not interfere with any possible criminal cases, according to law enforcement officials.

The rehabilitation is being paid for using victims-compensation fund money, but O’Malley would not confirm whether her office, or another agency, is paying the bill, citing “victim confidentiality.”

Guap previously told the Express that she became dependent on heroin shortly after officer O’Brien killed himself. She blamed herself partly for his death, she said, because she disclosed to another OPD officer that O’Brien had sex with her while she was still underage. When O’Brien found out that she had told this other officer, he cut contact with Guap. He was found dead several days later.

Just after touching down in Miami, before turning in her cell phone, Guap told the Express that, over the past two months, she met with Alameda District Attorney Inspector Jim Taranto about five times, possibly in preparation for a criminal prosecution against one or more police officers.

“I don’t know if they want to press charges,” said Guap. “I really don’t care at this point.”

However, at least one public official in Alameda County believes O’Malley will take action. “I saw the DA recently at El Huarache . She was there with her attorneys,” said Oakland Councilmember Noel Gallo, referring to the Fruitvale restaurant. “I think it’s a matter of time before she presses charges.”

Gallo, who represents the Fruitvale and other East Oakland flatland neighborhoods heavily impacted by prostitution and sex trafficking, has emerged as an unlikely critic of OPD. He believes the Guap affair will continue to hang over the department.

“It’s gonna continue to be a black eye on the city of Oakland,” Gallo said.