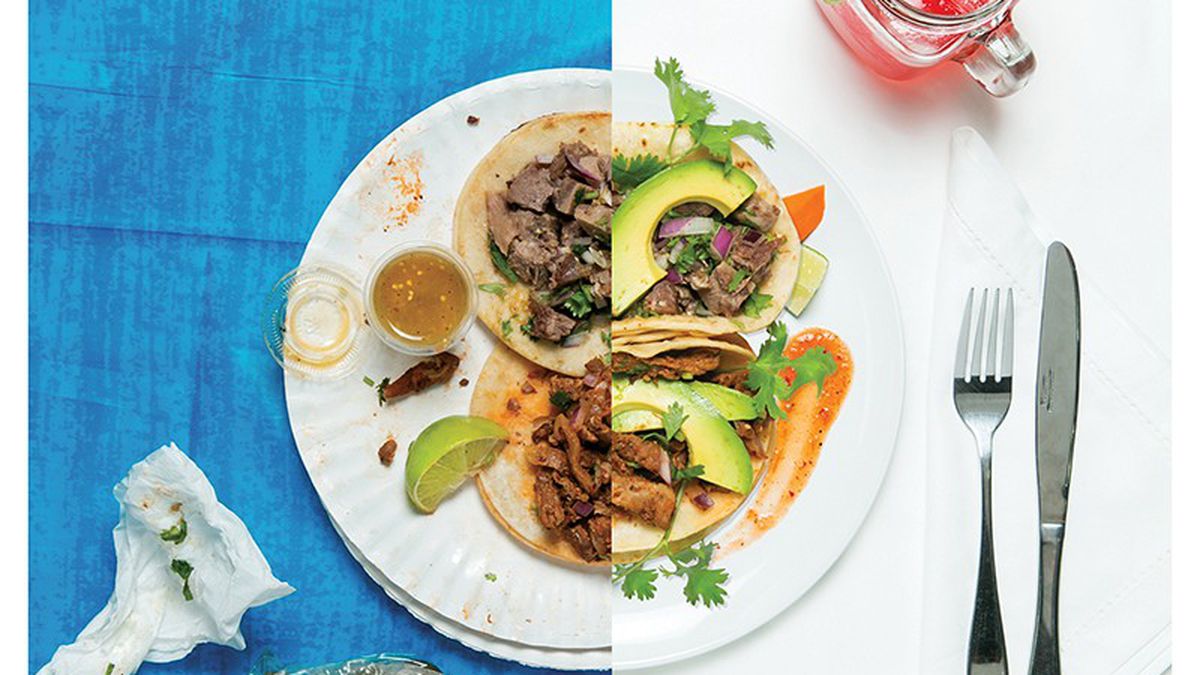 Readers sound off about "ethnic" cuisine and Big Soda.

While I agree that ethnic food tastes better than its Californized fusions, I welcome diversity. At the same time, I’m not willing to spend $15 on a couple of tacos, and there are plenty of people who won’t pay $2 to eat from a truck. Also, those pricey $15 tacos usually come from a restaurant that may employ people of lower income or minority group (or whatever; jobs are great).

Also, the undertone of the article felt unnecessarily divisive. Instead of shaming “foodie appropriation,” how about we celebrate and support the great restaurants that are true to their roots? I would much rather people come to my local Mexican restaurant that makes handmade tortillas (but has really tacky decor) and keep them in business.

I’d like to commend Luke Tsai for the provocative article. As a professional chef and veteran of the East Bay restaurant scene, the topic of cultural appropriation in cooking is an interesting and much needed debate. In an era where the food media goes out of its way to to glamorize and fetishize high-end restaurants, it was refreshing to read an article as critical as this one.

Some of the issues outlined in the piece are rooted in the way we think about “ethnic” cuisine in the first place. Why should food that is historically prepared by people of a darker complexion be regarded as “ethnic”? Food is food. That doesn’t mean that we shouldn’t respect and celebrate the significance that cooking has in cultures across the world. But, it should make us wonder why we don’t think of the peasant food of France and Italy that Alice Waters has been heralding for over forty years as “ethnic.” …

Living in the Bay Area, we spend an enormous amount of time thinking, reading, and talking about food. And for good reason: What we eat and how we do it are some of the most important decisions we make. And while a lot of positive changes have been made because of this, it is becoming equally important that we think critically about the business of food. I sincerely hope that we see more articles like this.

Story Makes Me Hate the Bay

It is not surprising that mainstream media outlets tout white-owned restaurants serving “ethnic” cuisine, as if it is authentic all the time. I’ve seen more than my fair share of Jewish taquerias. However, is it possible that this phenomenon is more about trying to appease demand with decent margins in a highly competitive space, as opposed to co-opting another culture? Do you think ice cream was invented in Mexico? Do you think the Chinese invented donuts? By your own account, these ethnicities have no business in those businesses!

Honestly, this is the type of article that makes me hate living in the Bay Area.

This is the new Oakland. They (always white, always with might) have the money and the power and the “in.” Uber is leading the way. Within five years, West Oakland will probably have a Whole Foods, wiping out local community farmers markets. And these hipster restaurants with their fake-rustic and poverty-porn ovens and grills will be everywhere. There is just no end to this parade of slick, well-heeled, heavily financed celebrity chef wannabes and their Moet swilling, tech-millionaire followers. When’s this going to end? Looks like they’ve just begun.

Luke makes many good points here about privilege, the comfort zone and expectations of audiences, etc. However, I do think the media plays an even larger role than Luke states. Los Angeles has Jonathan Gold, who is as adventurous and knowledgeable about all kinds of cuisine as any critic in existence. Many really great places, a majority of which are run by immigrants cooking food from their culture, are given business-altering attention by Gold’s writing. This has a cascade effect, in that illuminating the often challenging Southern Thai cooking of Jitlada then opens up people’s palates and minds to other Thai places doing unfamiliar things. Is Luv2Eat Thai a huge success within its first year (!) without the groundwork of Jitlada and Jonathan Gold? I doubt it.

The Bay Area (and primarily San Francisco) has traditionally been covered by Michael Bauer, and collectively the places he writes about are very different than Gold’s portfolio. This has undoubtedly informed the palates of the Bay Area. Why is it a big surprise, then, that people prefer Comal to El Paisa when nobody even bothers to review El Paisa (until Luke did so last year, seven years after it opened).

Frankly, it shouldn’t matter what the chef looks like as long as the food is good. This is America, and we tend to forget the goal of this country is to be a melting pot. Sure, we have moments where we fail at it. But for the most part we do a good job, and the fact of the matter is we try. …

If we were all supposed to cook and eat what our ethnic backgrounds are “meant” to do, then we are in essence forgetting the heart of what this country is built on, which is being the melting pot, in the kitchen and out of it.

To echo a chef in the story, my biggest beef is when a restaurant uses ethnic ingredients and then declares whatever final dish they made with it as belonging to that ethnic group. Anything made with gochujang, or marinated in a mix of soy sauce/sugar, is not suddenly Korean.

This is definitely a class/education issue, which goes hand in hand with eating local and “clean” ingredients. I can’t hate on it, though. These upscale establishments lend a level of transparency to where their ingredients come from that makes diners feel safe and seemingly justifies the higher prices. Atmosphere while dining also makes a difference. Sometimes, it’s just nicer kitchenware and furniture. Other times, it’s the diner feeling like an odd duck because they’re not the ethnicity of the cuisine, or cannot speak the language of their server/fellow diners. There’s a level of comfort in atmosphere and dining with the familiar, whether that is ingredients, language, etc.

This story expertly outlined some of the fallacies in the American Beverage Association’s claims about Measure HH. Pure and simple, this is an excise tax on the distributors of sugar-sweetened beverages.

Spreading fallacies to confuse the public is one thing. It’s another for the lobbying arm of PepsiCo, Dr. Pepper-Snapple, and Coca-Cola to bellow these mistruths through its colossal $747,267 megaphone (TV ads, Internet pop-ads, non-stop mailings). And that’s just the beginning; the beverage industry has already reserved $9.5 million of TV air time in the San Francisco media market to battle the soda tax in Oakland and that city. For these monied outsiders, the preservation of corporate profits clearly trumps any consideration for the health of local Oaklanders.

More than half of Alameda County’s residents suffer from diabetes or pre-diabetes. Once the disease of our grandparents, type II diabetes is now commonplace among our children — and soda is the leading culprit. We cannot afford to let the monied interests of Big Soda distort local politics to preserve their profits at the expense of our residents’ health. Measure HH will lower soda consumption while raising more than $6 million for children’s health programs in Oakland. I care about my health and that of my neighbors; that’s why I’m voting yes on Measure HH, and I hope you will join me.

I agree excessive sugar might be harmful to some people. But there must be a point where we let people decide their behavior. I know the people reading this who approve would get pissed, if “they” took your dangerous pot away.

Thanks for analyzing the facts behind the proposed Oakland ordinance and research on how it is playing out in Berkeley. This is particularly important because of the blatant lies by the American Beverage Association, and the No campaign on the Oakland soda tax. It is a tax on sodas and on distributors, period. The only way they can hope to defeat the soda tax is through misinformation. Such an approach is disingenuous and shameful.

In this story, we erroneously reported that Oakland’s proposed soda tax is a levy on retailers. It is instead a tax on distributors.