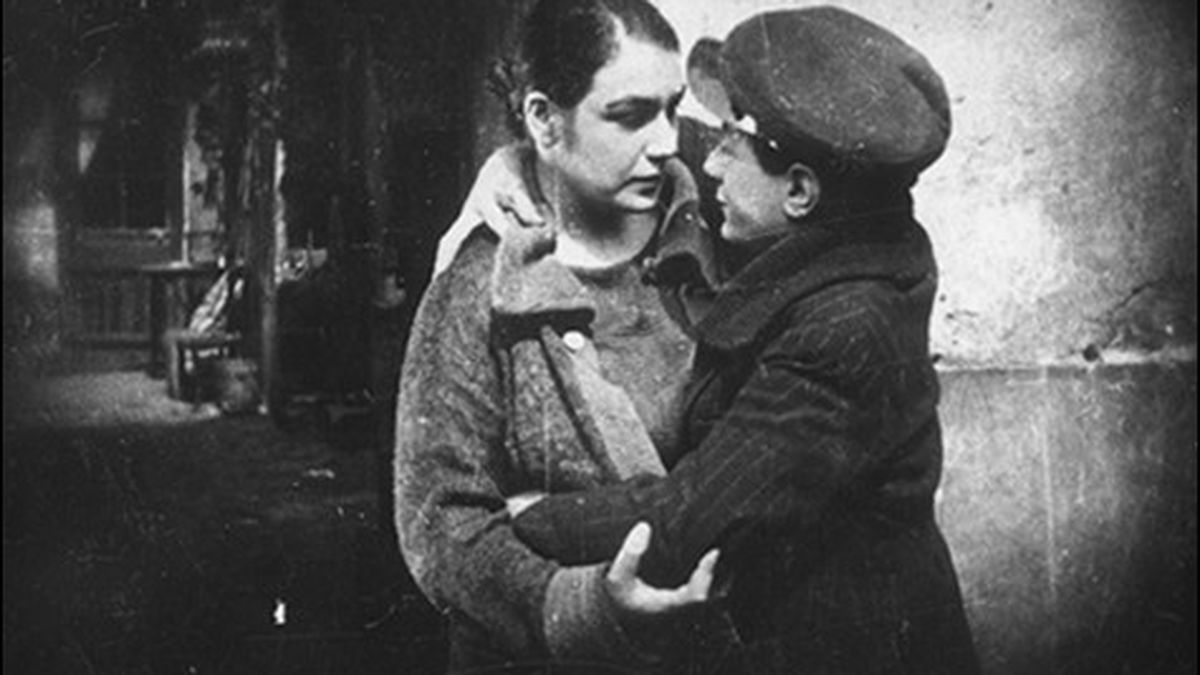 Modern Times and “Cinema Across Media”

As contemporary commercial screen entertainment pushes past technological barriers in its never-ending effort to make mainstream movies brassier and more eye-popping, there’s bound to be some pushback from that sliver of the audience that prefers something new and different for a change. Or perhaps we should say “old and silent.”

The Silent Film Festival, which showed three programs of vintage silents at San Francisco’s Castro Theatre two weeks ago in a special event, has parlayed the Bay Area’s considerable enthusiasm for art and foreign films into a well-attended nineteen-year-old institution. But let’s not forget the Bay’s year-round film festival, the Pacific Film Archive, which has undoubtedly screened more silent films than any other local presenter.

Now through Friday, February 25, the Pacific Film Archive hosts an international conference on silent cinema with an emphasis on the avant-garde. “Cinema Across Media: The 1920s,” featuring introductions and commentary by film scholars, gathers together a rare package of two features and five shorts — not counting last weekend’s reprise screening of Fritz Lang‘s restored Metropolis — to prove, in the words of critic Andrew Sarris, that “the past is rich with promise.”

The sound may be 0.0, but Alberto Cavalcanti’s Rien que les heures contains enough narrative tricks and trippy visuals to keep Christopher Nolan awake at night. Cavalcanti’s 1926 documentary belongs to the “city symphony” subgenre of impressionistic travelogues, and his Paris is a place we want to revisit again and again. In a “reaction against the literary screenplay,” the camera hops, skips, and jumps across the City of Light from one surreal scene to another. The only unifying thread seems to be the social one, in which poor Parisians suffer while life moves on.

A car with chauffeur becomes a donkey cart full of branches. The screen is filled with blinking eyes. A lost rag doll washes down a gutter. Bins of fresh produce instantly turn into bins of garbage, picked over by rats. In a high overhead shot, an old woman staggers up a wet, narrow street like a bug along a baseboard. And as a man eats a steak, moving images of the abattoir appear on the meat.

In the manner of Pierre Prévert’s 1958 Paris mange sa pain, the poetry of the mundane outstrips elaborate fantasies for sheer emotional power. Cavalcanti’s procession of dog barbers, washerwomen, factory workers, sleeping clochards, swimmers at a public pool, kids at a fun fair, and the interaction of a sailor and a prostitute, discovers not only the beauty in everyday reality but the glories of film editing.

Rien que les heures assures us that with the proper application of montage à-go-go, each separate moment of every person’s day can be its own distinct drama. In this city, claims the title card, “Both time and space escape us.” How true. This masterpiece screens one time only, Wednesday, February 23, at 7:30 p.m., in a preservation print introduced by Anne Nesbet, with piano accompaniment by Judith Rosenberg.

It has been noted before, but almost nothing is more ridiculous than a self-conscious “vision of the future” dug up from long ago. With that in mind, director Marcel L’Herbier’s L’inhumaine (1924) is either an impassioned plea in favor of technology as a world-unifying force or an extremely dated “futuristic” thriller from the days when simple in-camera effects like double exposures were shocking.

Parisian music-hall diva and “bizarre woman” Claire Lescot (Georgette Leblanc) is driving several gents mad with her “I don’t care” attitude: a powerful businessman, a sinister humanitarian/revolutionary, a despotic maharajah, and a young engineer who loves sports cars and modern science in equal measure, Einar Norsen (Jacque Catelain). Claire cultivates an aloofness so provocative that she’s been dubbed “the inhuman,” but even she blows her cool when the impulsive Einar fakes his own death in an auto crash just to get her attention.

Everything in the film screams “modernity,” from the concrete-poetry title cards and geometric staging to Claire’s far-out dinner party amid a fountain and her exaggeratedly artificial garden. The last act begins in Einar’s lab. He demonstrates his new invention, television, and Claire becomes the world’s first TV star — never mind that in Einar’s broadcasting system, the tube shows the audience rather than the performer. There’s every chance that in 85 years, our “high-tech” visions of life on the cusp of new technologies will look just as creaky and archaic as this curiosity. L’inhumaine shows at 7 p.m. on Thursday, February 24, with Ms. Rosenberg on piano. It’s introduced by Gertrud Koch.

Die neue Wohnung, by artist Hans Richter (1930), is a 28-minute, Swiss-produced short made to be shown at a home-furnishings convention. It spends most of its time contrasting clean, fresh, spacious, uncluttered modern living with old-fashioned, cramped, dirty workers’ quarters. The motto seems to be: Buy new furniture. How people are going to get the money for all these up-to-date conveniences and remodeling is not addressed. The implication seems to be that if you’re modern enough you’ll figure it out. Die neue Wohnung precedes Rien que les heures along with Pierre Chenal’s Architecture d’aujourdhui.

On Friday, February 25, the Pacific Film Archive presents “Silent Comedies of the 1920s,” a trio of rare shorts that show the flipside of the silent comics familiar to today’s audiences. Instead of Charlie Chaplin, Buster Keaton, and Harold Lloyd, we get Springtime Saps with Billy Bevan (1927), Oliver Hardy sans Stan Laurel in Should Men Walk Home? (1927), and Pass the Gravy, a 1928 rural farce with Max Davidson and Spec O’Donnell. Paolo Cherchi Usai introduces the 7 p.m. program, which is accompanied by Ms. Rosenberg on the piano.

“Cinema Across Media,” the result of a cross-pollinating partnership between the Berkeley Art Museum/Pacific Film Archive and UC Berkeley’s Department of Film and Media, aims to show how European and American cinema flexed its newfound muscle as an interdisciplinary art in the Twenties by highlighting such artists as Richter, Fernand Léger and Brazil-born Alberto Cavalcanti (both designed the sets for L’inhumaine), and Swiss architect and artist Le Corbusier (the subject of Architecture d’aujourdhui) alongside traditional filmmakers.

Whether the films seem vibrant (as in the case of Rien que les heures) or excessively mannered and dated (L’inhumaine), the impact of self-conscious “modernity” is inescapable. Narrative and thematic continuity and basic storytelling are what count in the long run, no matter how sophisticated the production values. That’s something to keep in mind in the tech-crazy early 21st century.