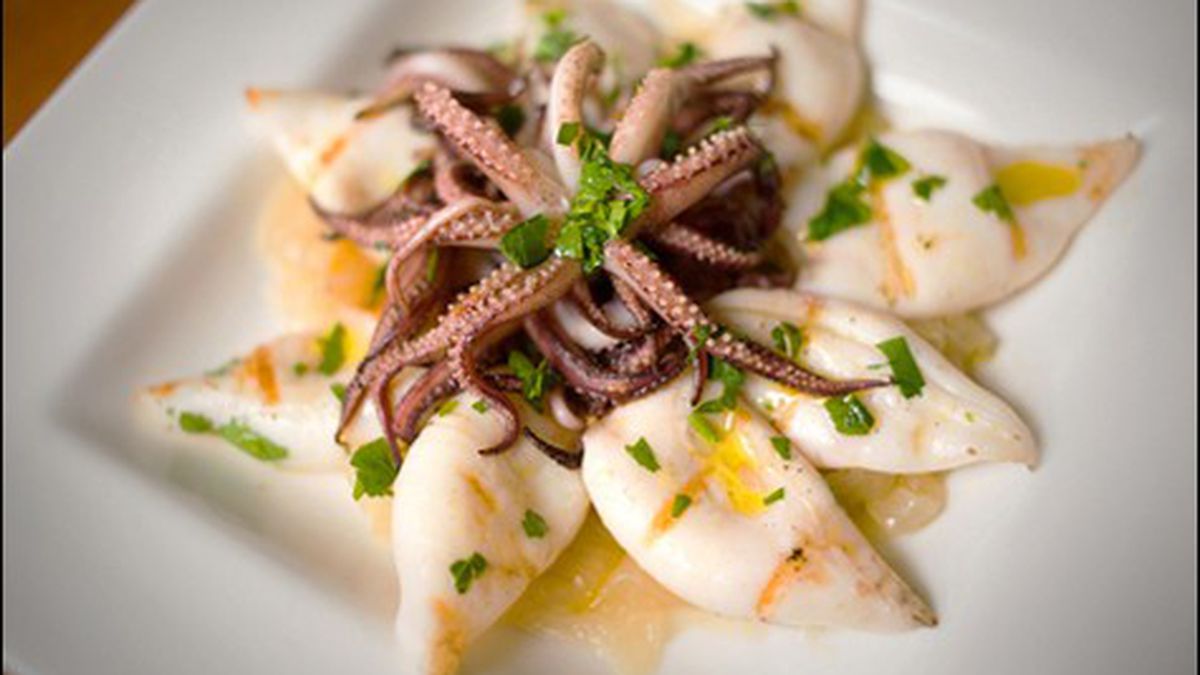 Destino offers a locally-sourced, unintimidating entrée into regional Mexican cooking, but some of the dishes are uninspired.

Call it Nuevo Latino or “farm-to-table” Mexican or California-inflected whatever: Never before has the Bay Area seen such a profusion of Latin-American restaurants taking traditional fare and gussying it up with high-quality, local, seasonal ingredients.

If you’ve seen the crowds at places like Bocanova, Xolo, Rumbo al Sur, Cosecha, and Comal (all in the East Bay), it’s easy to understand why, when it came time for Gary Rizzo to close Somerset, his upscale-comfort-food College Avenue mainstay, a Mexican restaurant would seem like the logical next project. Say what you will, but the future of the Oakland food scene does not appear to lie in $25 duck-breast or pork-chop entrées. But the local dining public’s appetite for upmarket purveyors of moles and tacos and such? That doesn’t seem close to being exhausted.

So for Destino, Rizzo’s new spot on Grand Avenue, which quietly opened about two months ago, the restaurateur hired a Mexico City-trained chef, Marisol del Rio. And he’s had her put together a menu that mixes shareable small plates and (also shareable) entrées, mostly inspired by the traditional dishes of central Mexico, from whence she hails, with occasional dabblings into other Latin-American cuisines.

But my question had to do with what kind of “new” Mexican cuisine Destino would be serving. After all, the restaurants listed above vary widely in their quality and ambition and target demographic — and even Chipotle serves a kind of “Nuevo Latino” cuisine, if you think about it.

Two visits later, I had mixed feelings. Among the restaurant’s notable strengths are a bar program headed by Alex Aguilar (a Somerset holdover whose cocktails were the best reason to go to that old incarnation, I’m told) and the space itself, which has the feel of an old Spanish manor — all white walls and tasteful wood — having received an attractive, if slightly austere, remodel since its days as the short-lived barbecue joint Taste of Joy.

As advertised, all of the food was skillfully prepared with fresh, high-quality ingredients. But if you’re someone who gravitates toward Mexican cuisine for its bold flavors — and, especially, for palpable heat when it’s appropriate — some of Destino’s offerings might disappoint.

From the platitos (or small plates) section of the menu, the fried chickpeas and baby artichokes had an enjoyable crunch (especially the chickpeas), but the bright-green cilantro sauce that was drizzled on top lacked an equivalent brightness of flavor — it needed more zip, more cilantro-iness. And the Argentinian humita empanada had a nice soft crust, but the filling — a mushy blend of sweet corn and manchego cheese — was just that: mushy and sweet. Here, too, the accompanying sauce, a chimichurri, seemed oddly muted. All I could taste was raw parsley with a slight peppery burn — not enough garlic or acid or salt.

I was most hopeful for the birria — when prepared well, the traditional spicy goat stew is one of Mexican cuisine’s most soulful dishes. Destino’s version consisted of tender, slow-cooked beef instead of the goat, which is an acceptable substitution except that the meat was incredibly bland — not a hint of spice. Not even a squeeze of lime or a dash of house-made hot sauce did much to perk it up. Like many of the entrées, the birria came with a side of miniature white-corn tortillas (a bit hard, from too long a reheating) and a mound of rice flecked with peas and diced carrots like in the awful fried rice you might get at an Americanized Chinese takeout joint: tasteless token vegetables added to give the appearance of healthfulness.

Still, for every dish at Destino that left me cold, there was another offering that shined in its freshness and simplicity: Guacamole prepared “Bajio style” was a creamy, stripped-down version that was nice and tangy, in part because it was seasoned with lime-zest-infused sea salt — no lack of flavor here. Sopecitos de chorizo, Del Rio’s take on a popular Mexican street snack, were little corn cakes topped beautifully with chorizo, sour cream, queso fresco, guacamole, and a wonderfully smoky — almost mole-like — black chile sauce that brought it all together.

And an order of grilled baby squid was as pretty a plate of tentacles as I’ve been served — bodies and legs separated and arranged to resemble some exotic purple flower. The squid was cooked perfectly, imbued with the smoky char of the grill, and served atop a generous bed of silky onion confit.

The best of the entrées (bargain-priced at $8.50) was the “carnivore” chile relleno — a roasted poblano chile that had been stuffed generously with steak, Mexican chorizo, and diced potatoes, the whole thing served over a tomatillo-based “green mole” that was like an especially thick and zesty salsa verde.

On the other hand, panna cotta with blackberry sauce is about as boring a dessert as you can serve at a Mexican restaurant that stresses freshness and seasonality, and besides, Destino’s panna cotta was too thick and indelicate — lacking the proper “quiver of a seventeenth-century courtesan’s inner thigh,” as British food personality Nigella Lawson has put it.

The stark contrast at Destino between dishes that were wonderful and others that seemed to be playing it safe made me feel like del Rio might be holding out on us — watering down flavors and spice levels to appeal to more conservative American palates (i.e. the mostly older, and almost exclusively white, diners who were eating at Destino during each of my two visits).

In short, if you’re someone who normally finds Mexican cuisine intimidating, Destino isn’t going to push you too far out of your comfort zone. If you’ve got more adventurous tastes — well, del Rio’s planning to swap out a couple of dishes every week, and I’m hoping she’ll have the confidence (and the green light) to serve a little more squid and sopecitos, and a little less panna cotta.