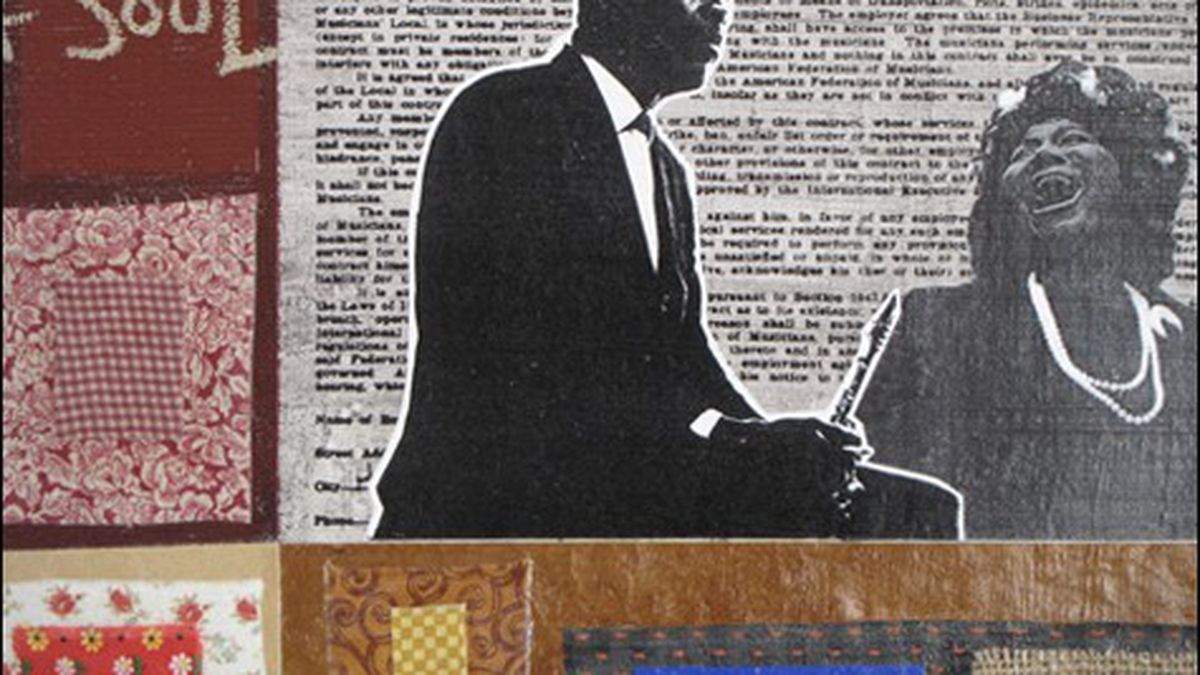 His paintings cover the world.

Racism in America is often a subdivision of classism; eminent, successful blacks like Condoleezza Rice are granted honorary whiteness — at least until they fall from grace, as Tiger Woods did. Extreme conservatives in the Obama era like to pooh-pooh racism’s continued existence, temporarily forgetting their hysterics regarding terrorist fist bumps and counterfeit birth certificates, but we all know what the Tea Partiers’ “We want our country back!” means, as the privileges of pigmentation fade in an increasingly multiracial America.

Milton Bowens, an Oakland-born artist, activist, and teacher, is one of a number of artists of color examining race in history and culture. His work keeps that thorny issue alive for a forgetful majority, and exorcises some of its demons (perhaps as the fiery sermons of Rev. Wright did) for a minority still suffering from old psychic wounds. It also exalts the heroes of black culture and valorizes black experience. Bowens’ new work is on display through May in a project entitled The Five Ten Experience, in five separate venues: African American Museum and Library at Oakland (AAMLO) (659 14th St.); 57th Street Gallery (5701 Telegraph Ave., Oakland); Spears Gallery (6713 Vilamoura Way, Elk Grove); Janina’s Posh Pieces Studio (3824 Telegraph Ave., Oakland); and the new Joyce Gordon Gallery II (1616 Franklin St., Oakland). Each venue explores a different aspect of growing up black in the 510 area code.

Oakland: A Love Supreme, with a nod to Coltrane, at AAMLO, is the largest and most comprehensive. Echoes of the Sweetest Sound, at 57th Street Gallery, focuses on Bowens’ father’s love of jazz, a New-World riff on African music, and on jazz’s place in black culture and American and world music. Twenty-four mixed-media works on paper comprise Echoes, including fifteen variants of “Blood on the Fields” and six of “Let Freedom Ring.” With sizzling color and graphic punch tying historical images (photos, documents, musical scores, flag motifs) with provocative texts, these are political artworks of power and beauty. Bowens’ dynamic and percussive synthesis (to return to the musical metaphor) of his artistic ancestors, from Bearden and Basquiat to Rauschenberg and Warhol, proves anew that art and life can be meaningful — that we are more than ciphers and simulacra. Echoes of the Sweetest Sound runs through May 31 at 57th Street Gallery. 510-654-6974, 57thStreetGallery.com or Milton510.com

Will Oakland’s Legal Weed Industry Leave People of Color Behind?

Young Black Males 21 Times More Likely to be Killed by...