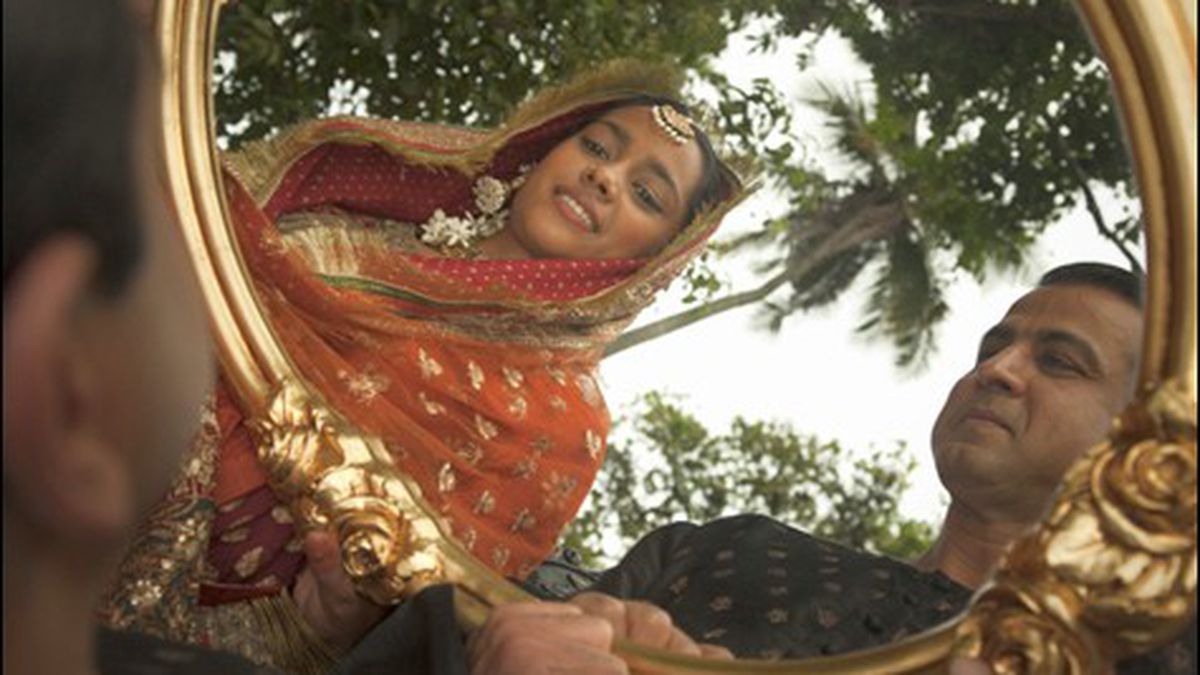 Present at the birth.

Midnight’s Children attempts no less than to relay the story of modern India through the eyes of Saleem Sinai (English actor Satya Bhabha), who was born at the moment of that country’s independence in 1947. It’s a brave undertaking, epic yet easily digestible, and filled with vivid characters and astounding sights, thanks no doubt to Salman Rushdie, who adapted his own novel for director Deepa Mehta.

And since it’s written by Rushdie, there’s a twist or two. The character who calls himself Saleem and narrates the entire movie is really the son of a poor street musician, switched with the child of the prominent Sinai family in the hospital by a nurse named Mary (Seema Biswas), who wanted to mark the birth of the Indian nation by altering the fates of two newborn boys. So poor Shiva and rich Saleem, a Hindu and a Muslim, respectively, swap identities.

This leads to a highly eventful, allegorical portrait of the contentious dual nature of the Indian subcontinent. But the history lesson is never cumbersome, even though it has major sweep — taking in the Indian Partition, the militarization of Pakistan, the creation of Bangladesh, and Indira Gandhi’s declaration of Emergency, among other stressful events, as witnessed by the impressionable Saleem, who is haunted at night by a chorus of imaginary girls and boys. The lost kids are misfits just like him, and even though their leader, Parvati the witch (Shriya Saran), accuses Saleem of “stealing the life” of the poor boy Shiva (played as an adult by Siddharth), Saleem empathizes.

The result is more of a poignant pageant than a trail of tears, with strong perfs by Shahana Goswami as Saleem’s mother, Ronit Roy as the cruel father, and Kulbhushan Kharbanda as jovial Picture Singh. The visuals and soundtrack music are everything we’d expect from sixty years of Indian and Pakistani mutual fermentation. The wheel goes round and all is eventually forgiven, just like in the movies.