1) Doughnut Dolly (482B 49th St., Oakland), everyone’s favorite purveyor of “naughty,” filled-to-order doughnuts, will be opening a new Berkeley location that will be part of the Gilman District project (at the intersection of Gilman and 9th streets) — right next door to the new Philz Coffee. Owner Hannah Hoffman told What the Fork that the new shop will include seating and possibly some new savory menu items. She said she’ll be building out the space from scratch, so it’s safe to say that the opening is still a ways off. Stay tuned! 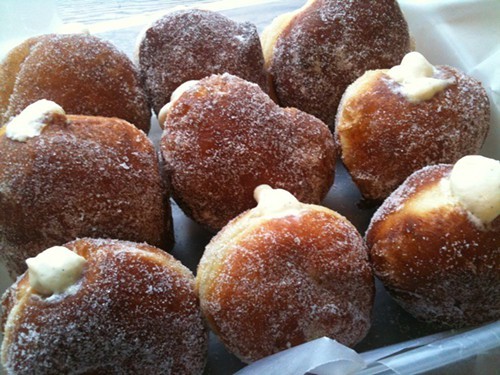 2) A couple of months ago What the Fork reported that a new Italian restaurant called Centouno (“101” in Italian) was coming to 101 Broadway, in Jack London Square. Owner Fabio Dalle Vacche filled us in on the latest details, the most salient of which is that he’s aiming to open as early as Tuesday, December 10, pending a final inspection from the city. Readers may remember Dalle Vacche as the co-owner/front-of-house guy at Old Oakland’s now-shuttered Borgo Italia. Good news for fans of that restaurant: Many of Borgo’s signature dishes — including what I thought was its best dish, the pillowy squares of fried dough known as torta fritta emiliana — will be on the menu at Centouno. New items will include tigelle (another regional flatbread served with assorted chilled cured meats, cheeses, and sauces) and a selection of panini.

The biggest difference, Dalle Vacche said, is that the food at Centouno will be about half as expensive as at Borgo Italia, with many dishes in the $10 range. And the 120-seat restaurant, located in a historic building that used to house The Silk Road Lounge, will be casual to the point that, “You’re going to feel comfortable walking in in sweatpants, basically.” Nice.

3) In South Berkeley, the recently opened Take Five Cafe (3130 Sacramento St.) is holding a grand opening celebration this Saturday, December 7, starting with a ribbon-cutting ceremony at 11 a.m. The cafe’s caffeinated offerings include Bicycle Coffee and Numi Tea. For the story behind the cafe, check out Berkeleyside Nosh’s preview from earlier this year.

4) Over on Chowhound, John Birdsall filed one of the first reports on Penrose (3307 Grand Ave.), Charlie Hallowell’s brand new Oakland restaurant, which has been open for just a little over a week. Birdsall’s take: The place is “an amazing update of the enormous California brasserie, reinvented for a generation steeped in craft cooking and cocktails” — but also, quite possibly, “the loudest restaurant [he has] ever been to.”

5) Berkeleyside Nosh reports that Westbrae Biergarten, the proposed West Berkeley beer-and-food-truck garden at the corner of Gilman and Curtis streets, has gotten clearance from the city to begin construction. Regular food vendors at the site will include Roli Roti and Brazil Cafe. Linda and Carl Lasagna, the proprietors of the project, hope to be ready to open by spring of 2014. 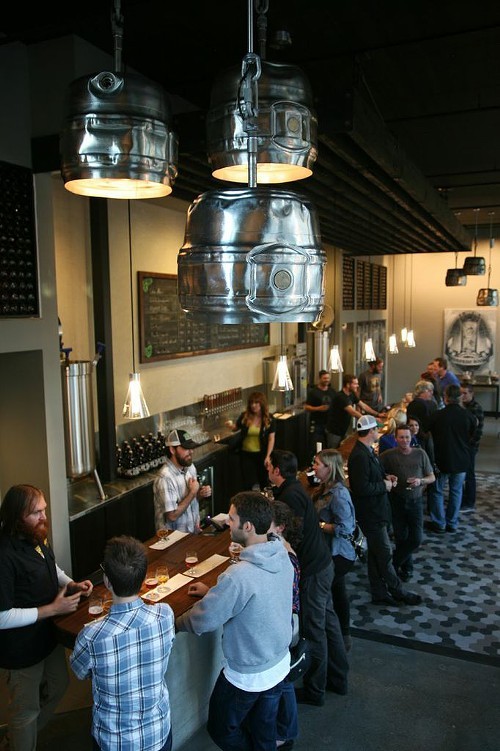 7) For your holiday food-gifting needs: The New Taste Marketplace is holding its annual holiday market on Saturday, December 7, from 11 a.m. to 5 p.m., at 500 DeHaro St. in San Francisco. Proceeds from the event (which is being organized by the Oakland-based Little Shop Artisan Shop’s Maricela Yee) will benefit St. Gregory of Nyssa Episcopal Church’s Food Pantry. East Bay artisans who will be hawking their wares include Keena’s Kitchen (an organic soul food catering business), Mollie Rose Baking Company, the Oakland-based coffee roaster OneNinetySeven, Pie Hole, and Powered By Pork (Mexican-Vietnamese street food).

8) By now you may have heard the sad news that Zuni Cafe’s chef-owner Judy Rodgers, one of the pioneers of California cuisine, died on Monday night. The Bay Area food community is in mourning. Of all the tributes and remembrances that have been passed around, I especially appreciated Jonathan Gold’s lovely 2003 review of The Zuni Cafe Cookbook. Gold tweeted yesterday that Rodgers “taught us that the most important ingredient in any recipe was time.” Any home cook who’s followed Rodgers’ step-by-step instructions for making the best roast chicken that many of us have ever eaten can surely say, “amen.”

9) Finally, ICYMI, Pizzaiolo made some mini Cronuts, and Michael Pollan talked about the future of the food movement.