When Lisa Curtis went to West Africa in 2010 as a member of the Peace Corps, the last thing she expected was to come out of the experience with a new career as a food entrepreneur. But that’s what happened: While in Niger, the Alameda native discovered moringa, a plant that some have touted as the next great “superfood” (“a multivitamin in a tree,” as Curtis put it), with edible leaves that are packed with Vitamin A, calcium, iron, and other nutrients. What’s more, when Curtis saw the potential for impoverished West African women to make a living by growing and selling moringa, she found something of a calling.

Now, three years later, Curtis is the co-founder and CEO of Kuli Kuli, an Oakland-based manufacturer of moringa-based nutritional bars. Fresh off a successful IndieGoGo campaign that raised some $53,000 and having landed a contract with Whole Foods, Kuli Kuli is poised to take off. The first bars arrived on the shelves in the grocery chain’s Oakland, Berkeley, and Noe Valley stores about three weeks ago. 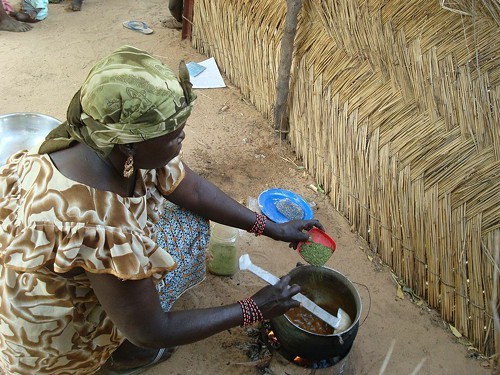 The name of the company is a nod toward Curtis’ own introduction to moringa. While adjusting to life in Niger, Curtis had felt tired and weak, like she wasn’t getting enough nutrients. One of the villagers encouraged her to eat a peanut snack called kuli kuli that was made with moringa. Curtis said she felt better almost immediately.

It has been a growing trend in the startup world for entrepreneurs with a social mission — aka “social entrepreneurs” — to open for-profit companies instead of traditional nonprofit organizations. The idea is that when an enterprise is run as a business, with an eye toward growth, it has the ability to take steps to become more financially sustainable — and, arguably, might be able to do more good in the long run.

“I think that in the next ten years, most companies are going to have a social bottom line and also a financial bottom line,” Curtis said, noting that Kuli Kuli is in the process of applying to become certified as a B Corp, which would mean being held to a specific set of social and environmental standards. 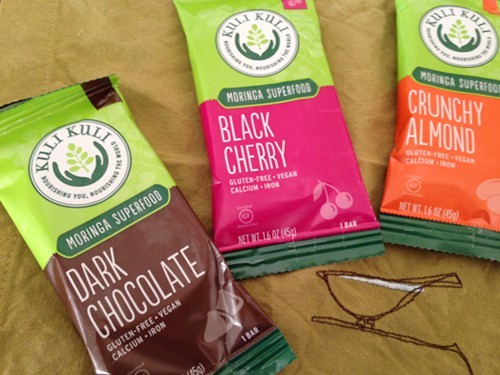 In Kuli Kuli’s case, the success of the company will have a very simple, tangible impact: The more nutritional bars it can sell, the more moringa Curtis and her partners can buy, which, in turn, will mean that a greater number of West African women will be able to make a living growing, harvesting, and processing the plant. Curtis’ goals are ambitious; she said she hopes to sell 200,000 bars in 2014. If she does, the company will be able to buy all of the moringa that the five hundred West African women in their current network — mostly located in Ghana — can supply.

Curtis said she and the other co-founders of Kuli Kuli also considered moringa tea, moringa pesto, and even moringa hummus before they finally settled on the nutritional bar concept. The retail price is $2.89 for each 1.6-ounce bar — not inexpensive, but more or less par for the course in the high-end nutritional bar market. For now, Whole Foods is actually selling them at a slightly discounted rate of $2.49 a bar. 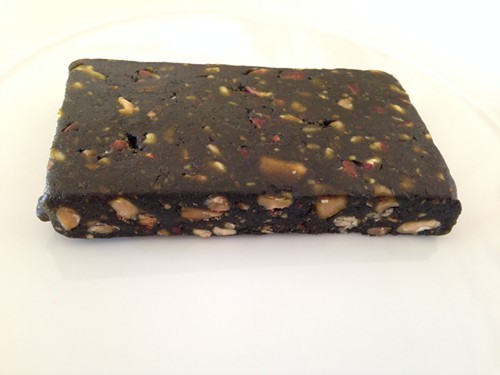 And how do the Kuli Kuli bars taste? I tried all three flavors: Crunchy Almond, Dark Chocolate, and Black Cherry. Of the three, the almond version is the one where the moringa flavor is most prominent. According to Curtis, the most common customer response is that the moringa “tastes green,” and I found that description to be apt — a taste somewhere between matcha (Japanese powdered green tea) and toasted seaweed. That “green” flavor stays in the background, though, as the base of each Kuli Kuli bar consists mostly of dates and toasted almonds. Given that ingredient combination, it makes sense that the agave-sweetened bars reminded me of nothing more — both in terms of their flavor profile and their sticky texture — than those Chinese date-and-walnut candies that are often given to children during Chinese New Year.

The only thing I didn’t find so appealing about the bars was their appearance, which was somewhat reminiscent of compressed grass clippings. Still, in the end, these are nutrition bars that taste more like candy than vitamin supplements — sweet enough that you might want a glass of cold milk to wash them down. For a food product that’s meant to be eaten for its health benefits, that’s probably not such a bad thing.