1) Sal Bednarz, owner of North Oakland’s Actual Cafe (6334 San Pablo Ave.), would like you to know that his business is no longer just a coffee shop: A couple of months ago, the cafe launched table service for both dinner and weekend brunch, and Bednarz recently rolled out a new dinner menu that he describes as a sit-down version of the menu at Victory Burger, Bednarz’s burger joint next door, which shares a kitchen with Actual Cafe. There’s a selection of burgers, plus some extra salads and appetizers (e.g. customizable mac ’n’cheese), with seasonal specials that vary from week to week. Sit-down table service is in effect during brunch hours (9 a.m. to 3 p.m. on weekends) and for dinner starting at 5 p.m. every day. Scroll to the bottom of the post for a link to last week’s dinner menu.

2) As first noted by Chow.com senior editor John Birdsall, just two months after Copan (4869 Telegraph Ave.) took over the old Sura space in Temescal, the Korean restaurant is going through another rebranding — this time as “Bowl’d BBQ,” an offshoot of the Solano Avenue bibimbap specialist. As previously reported, the restaurant’s owner is Micha Oh of Ohgane, another Korean restaurant in Oakland, and Oh’s daughter, Jessica Oh, is one of the owners of Berkeley’s Spoon and the original Bowl’d.

A phone call over to Bowl’d BBQ provided additional details about the change: Most notably, Copan’s opening chef, Momofuku Ssam Bar alum Eddie Chu, has left to move back to Southern California. A manager told me that the restaurant is still serving Copan’s food for now, but the idea will be to transition to a new menu by sometime next week — essentially the same menu as at Bowl’d, with a few more barbecue options and a handful of popular Copan dishes held over as well. I’m told there will be fried chicken and shabu-shabu. 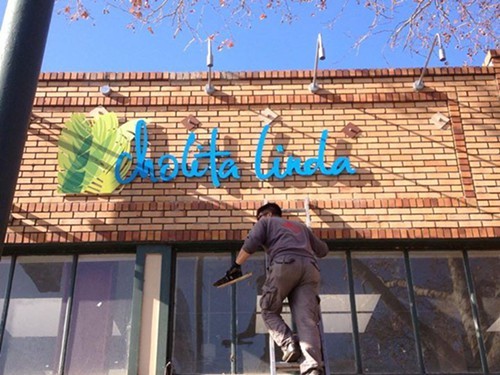 3) A quick update on Cholita Linda, the popular mobile food vendor that has been building out its “eclectic Latin” brick-and-mortar restaurant at 4923-27 Telegraph Avenue in Temescal for the better part of the past year: Co-owner Murat Sozeri told What the Fork that the restaurant recently passed its final inspection and should be ready to start slinging fish tacos soon — look for a soft opening within the next couple of weeks.

4) Inside Scoop reports that the mac ’n cheese superstar Homeroom (400 40th St., Oakland) is planning to open a combination retail store and commercial kitchen — tentatively named Homeroom To Go — down the street at 4001 Webster Street. In part, the goal is to move the takeout side of the business to the new location, helping to alleviate some of the craziness at the restaurant’s original, always-crowded North Oakland digs.

5) The newest outpost of Off the Grid is in Pleasanton — a just-launched ten-truck street food market that will take place outside a shopping plaza (at the corner of Springdale and Stone Ridge Mall roads) every Sunday, 11 a.m.-3 p.m.

6) Diners who have followed Plum (2214 Broadway) since its earliest incarnations should be excited to hear that Charlie Parker, the Uptown Oakland restaurant’s chef for its first year or so, is returning from Los Angeles for a one-night guest stint this Sunday, January 26. Parker and current Plum chef Kim Alter will serve an eight-course dinner for $85 a person, not including an optional beverage pairing. 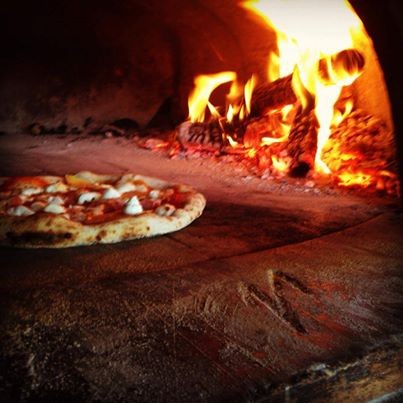 7) The Forge (66 Franklin St.), Jack London Square’s American-style pizza restaurant, is celebrating its one-year anniversary next Thursday, January 30, with happy hour specials all day long, free pizza from 4 to 5 p.m., and live music starting at 7 p.m. Meanwhile, between now and the 30th, customers at the restaurant’s new Danville location (345 Railroad Ave.) can submit their email addresses to enter a drawing for a year’s worth of free pizza.

8) Over the winter holidays, the proprietors of Berkeley’s Asha Tea House (2086 University Ave.) spent some time in the various tea-growing regions Taiwan to scope out new teas for the shop. I’ve enjoyed reading their field reports — from Pinglin, Li Shan, Taichung (birthplace of bubble tea), and Hsinchu.

9) Wine and Bowties scored an interview with the original Berkeley Top Dog’s (2534 Durant Ave.) longest-tenured employee, the anonymous “Top Dog Guy,” who has been manning the flat-top for 23 years, still going strong. Among other topics, Top Dog Guy dishes on the perfect hot dog bun, why sometimes he goes into “Hulk” mode on customers, and his sense of pride in what he does: “If you are going to do something you can make an art out of it. … You can be an artist and make food.”

10) Finally, ICYMI, this week I wrote about Berkeley’s new fisherman-owned fish market and the vinyl- and VHS-themed restaurant that’s coming to downtown Oakland.