At the Oakland Museum of California, the artist's films depict overlooked histories. 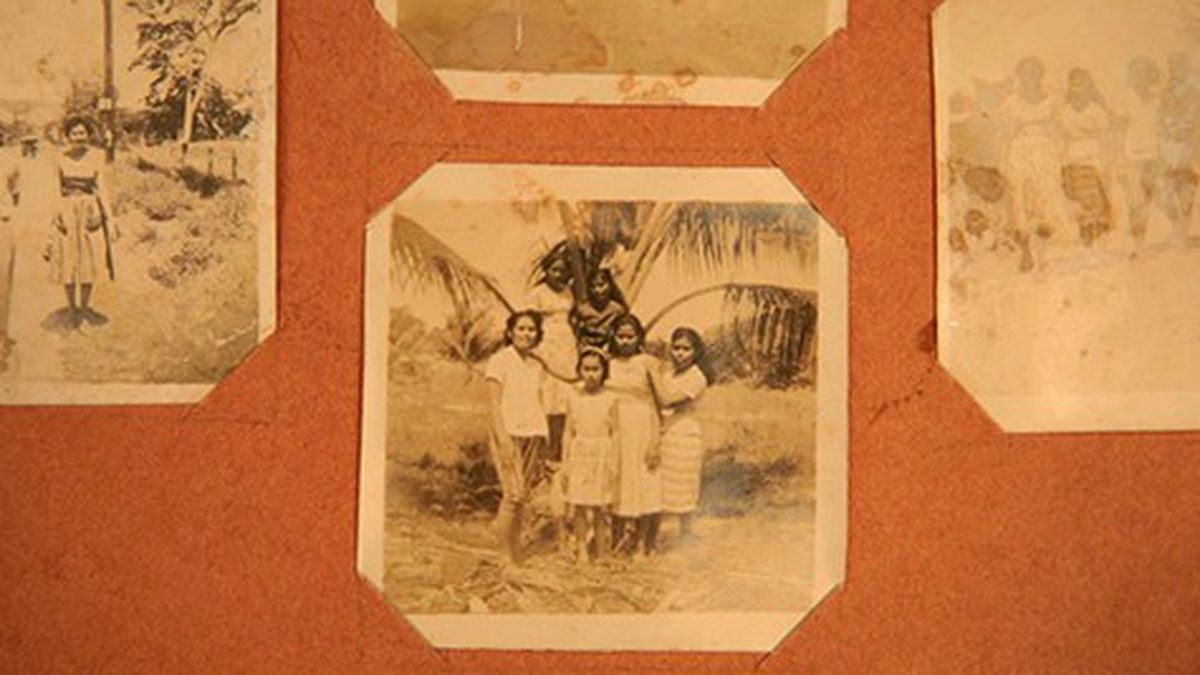 Michelle Dizon’s films highlight narratives of the past that are underrepresented in history books, but still pervade our daily lives. In her current exhibition at the Oakland Museum of California (1000 Oak St.), Drifting Islands, Dizon shows three pieces that delicately draw out some of those stories — relating to the 1992 LA Riots, systems of production in the Philippines, and the history of breast cancer in her own family.

Dizon is a second-generation Filipino immigrant who lived in the Bay Area for many years but is now based in Los Angeles. Much of her work grapples with Filipino history, attempting to reclaim the past through her own perspective. As a member of a group whose cultural memory has in many ways been erased from American history books, Dizon’s work emerges from a yearning to gain access to that collective memory through alternative modes of remembering. “[I am] looking for that history in landscapes, looking for that history in bodies, in voices, in images,” said Dizon in a recent interview, “and trying to piece together ways of telling a story that I know exists, because I live it, but that doesn’t have words — that hasn’t been given words — because the colonizers are those in power of the story.”

Her piece entitled “Ex Utero” partially finds that history in the female figure, metaphorically locating a narrative of colonization within post-colonial subjects whose bodies have been colonized by cancer cells. Every woman in Dizon’s family of her mother’s generation suffered from breast cancer, and the film traces their stories of survival — in an emotional rather than linear way, illustrating a sense of loss that lingers like memory itself. The piece consists of point-of-view footage of someone placing slides on a light table. The images being lit up are a mix of her mother’s mammograms, photos of her and her sisters in their youth spent in the Philippines, and photographs that Dizon took of herself, her mother, and her aunt with bare chests, showing the difference of their upper bodies — her mother having gone through a mastectomy.

The tactility of the format evokes a sense of sifting through memories, but further, it draws attention to modes of representing the female body and highlights the inadequacy of photography as a medium to relay struggle or transport the viewer back in time.

All the work in Drifting Islands is similarly self-aware. For the film “Civil Society,” Dizon investigates to what extent remnants of the 1992 LA riots can be found within the city’s landscape and social structure while drawing correlations to the 2005 revolts in France, which were taking place as Dizon was making the film. But Dizon does not make any attempt to present a factual recollection of that history. On the contrary, reflecting on the ways in which the footage of Rodney King being beaten was manipulated in court in such a way that allowed for the acquittal of the cops involved, Dizon directly questions the adequacy of her own representations.

“Civil Society” is a three-channel video showing side-by-side footage from three cameras all pointed at the same subject from slightly different perspectives that overlap but don’t match up. Periodically, a word appears across the screen, segmented into three parts that slowly mutate to reveal new words — new meanings. The viewer must constantly work to mentally align all the screens into a cohesive whole. “I am very interested in multiplicity, and in the way that meanings can be opened up,” said Dizon. “The work is very much operating to undo, to deconstruct, to kind of unravel the ways in which meaning has been constructed.”

Even in the film “Perpetual Peace,” which documents the lives of Filipino workers as cogs in a global economy and is the show’s most traditionally informational, Dizon ends on a note of proliferating perspectives. As she points out the inadequacy of dominant narratives to represent the marginalized experiences that make up her focus, she insists on constantly pointing out the ways in which her representations, too, fall short. As her poetic narration states in the film’s closing shot: “The islands of the archipelago drift with time, and the many islands that exist within the one show that there is no one Philippines. There is no one language there, there is no one people, and there is no one story to tell. This is one story.”