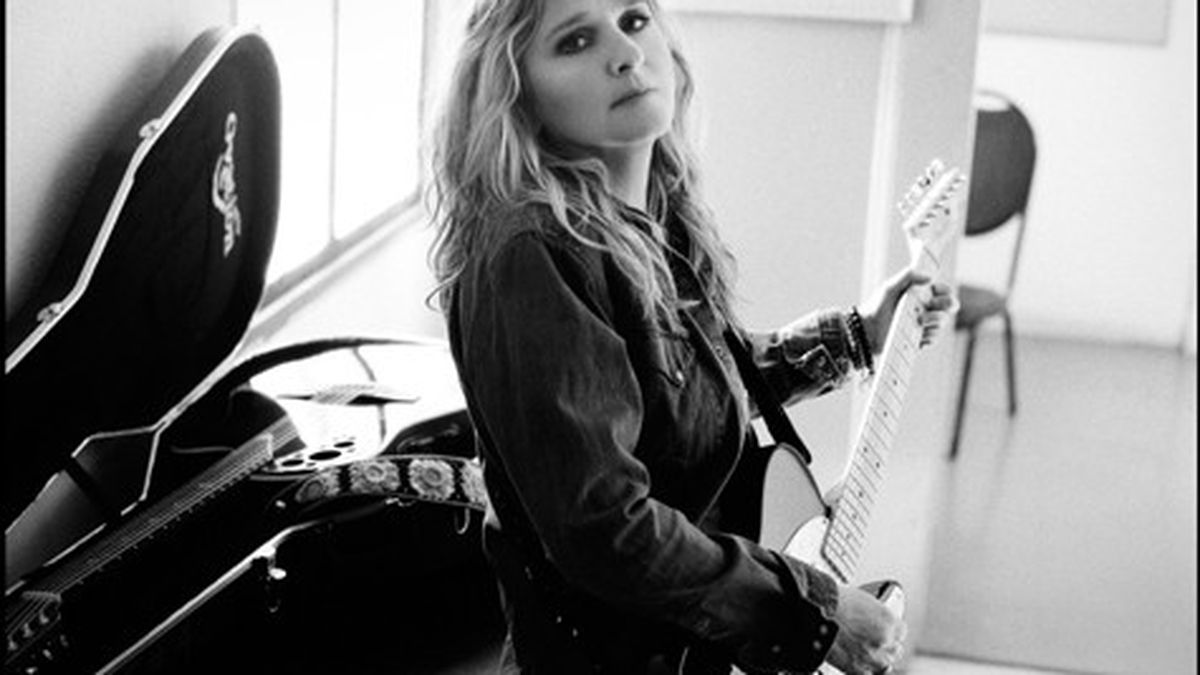 The Midwestern singer-songwriter talks Prop 8, American Idol, and being fearless.

For someone as polite and plainspoken as you’d expect a Midwestern native to be, Melissa Etheridge has a penchant for attracting drama, more often than not, unintentionally.

Her decision to publicly come out as a lesbian in January 1993 at the Triangle Ball, the gay/lesbian celebration of President Bill Clinton‘s first inauguration, is old hat compared to the peaks and valleys she’s gone through in the subsequent seventeen years. She’s had two marriages (the most recent being her seven-year relationship with actress Tammy Lynn Michaels). She had two children with first wife Julie Cypher, both of whom were fathered by sperm donor David Crosby. Then there’s the 2007 Academy Award for Best Original Song that Etheridge won for “I Need to Wake Up,” which was featured in Al Gore‘s documentary, An Inconvenient Truth.

But the biggest event was unquestionably a 2004 breast cancer diagnosis that turned the Kansas singer-songwriter’s world completely upside down. Personally, it changed Etheridge’s personal worldview inside out in a way that found her choosing a more enlightened path.

“When one gets sidelined by cancer, you can react in many different ways,” she explained from the office in her Los Angeles home. “I chose to let myself be led down this spiritual path of asking what life is. Especially when your dreams come true and you are successful in others’ eyes, go to the top of the mountain and you realize, ‘Wow, this is the top of a mountain. It’s really not anything else.’ There’s no answer. There’s no better life. But everything is happening inside of me and how I perceive it and react to it. I just started reading and reading and it opened myself up. I got very excited because I realized I wasn’t supposed to go out and do things. It was more about what I’m learning inside and how am I being a mirror and shining this back into my world and reality along with the people who listen to my music and my art. I became very excited about my work after that.”

With her cancer in remission for the past few years and inspired by this new lease on life, Etheridge musically rebounded with 2008’s appropriately titled The Awakening. The project, with its theme of self-reflection, avoided preachiness thanks to a healthy infusion of heartland rock-flavored arrangements. Cuts like the inspiring jangle of “Message to Myself” and the plea for tolerance that is “Open Your Mind” reflected a journey through personal travails and a reinvigorated sense of purpose that had seemed to be missing in some of Etheridge’s more recent albums.

Her new record Fearless Love is the next step in this life journey. “I needed to make The Awakening so I would know how to address that part of my life and that part of this journey. After making The Awakening, I knew I had to marry those two parts of my life — the spiritual and these lower density emotions. I had to put that all together.” Etheridge not only looked to pay stylistic homage to longtime idol Bruce Springsteen, but also The Who, Led Zeppelin, and Peter Gabriel. “I love the drama and there’s a lot of it here. I think rock ‘n’ roll has a lot of drama and I think it’s best when it’s theatrical. I enjoy the theatrical part of it all, particularly songs that are deep, wide stories with large guitar riffs.”

Make no mistake, there are tales a-plenty scattered throughout Fearless Love. There’s the closeted woman at the heart of the guitar-driven “The Wanting of You” who, looks up to heaven/And wonders why love is so cruel. Or the swelling power-ballad “Indiana,” whose rejected main character was raised by a single mom and who ends up finding solace in her children. Most intriguing is “Miss California,” a raunchy rocker that owes more than a nod to The Guess Who’s “American Woman,” with Etheridge’s adopted state substituting for the United States. When she growls, Your self-destruction gives me sticks and stones/Your propositions make me feel so cold/When the hand that’s trying to hold me down is the one that I’m trying to hold, it’s a direct denunciation of California’s passing of Proposition 8, banning gay marriage.

Having been wed twice herself, the always outspoken musician was mistaken by many to have declared her intention to withhold state taxes as a form of civil disobedience. It’s a rumor that she gently corrects when asked about it. “That was the spin on a blog I wrote. I’d [posited] that maybe I wouldn’t pay my taxes,” Etheridge recalled. “I pay a lot of taxes to the state and to not have the full benefit of my neighbor, is it really fair? I never intended not to pay my taxes because the IRS doesn’t care if I’m gay. They’re going to come get me. So for both years, I have paid my taxes. I just put it out there in the world of, ‘What if?'”

For now, what Etheridge is putting out into the cosmos is plenty of promotion for this new record, which includes dipping her toes into the world of reality television, starting with an appearance on Dancing With the Stars, an experience that ended up being surprisingly appealing. “I was in the belly of the beast,” she said. “It was interesting being that show is very old-fashioned with the dancing, properness, and getting dressed up. But they were very respectful and I had a really good time.”

Of course, any discussion about reality programming would be remiss without mention of American Idol, whose current Top 3 includes Ohioan Crystal Bowersox, whose throaty singing and way around an acoustic guitar earned her more than a few comparisons to Etheridge. “It’s a big marketing machine and you can’t blame these companies for trying to figure out what people like. Beside that, the emotional aspect of music as a competition I disagree with,” she opined. “Every artist is an artist and need to be looked at as such. I think it speaks volumes for America and what we need in our arts that Crystal is doing so well. And that people are standing up and taking notice of this very un-pop star that moves them and what people want is to be moved. They want to hear a song and say they like it. That will never go away and this is proof of that.”

Talent shows and new albums aside, Etheridge is currently weathering her way through the aforementioned split from Michaels. For this, Etheridge is taking a very even-keeled approach with a very sanguine outlook befitting someone whose current list of favorite authors includes metaphysics icons like Abraham-Hicks, Gregg Braden, Don Miguel Ruiz, and Ken Wilber. “I am walking through it and while I’m in the middle of it so, it’s hard to give a sound bite. A big part of getting through this is getting back from the universe what you end up putting out. So I’m responding with love and not fear. Stay tuned.”