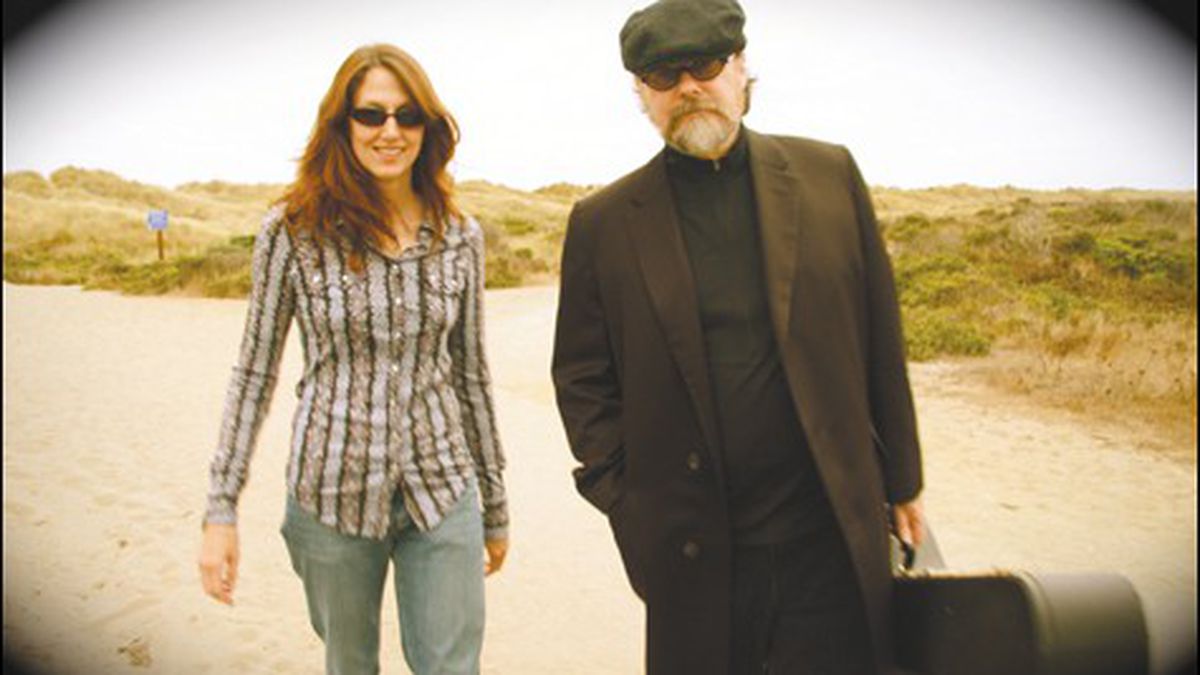 New album is still country, albeit an evolved form.

Mars Arizona, the Berkeley-based duo of Paul Knowles and Nicole Storto, called their debut outing Love Songs from the Apocalypse, and it lived up to its title. The music combined elements of folk, rock, and country, while the lyrics hinted at cataclysms both global and personal, leavened with an ironic humor that kept things from being too grim. On its latest effort, High Desert, the duo still explores the dark side of the American dream. As Knowles explains, his apocalyptic visions are a natural outgrowth of his upbringing.

“My dad is from Lynchburg and grew up in the same Baptist Church Jerry Falwell attended,” Knowles said. “My grandparents sat next to Falwell in church every Sunday and there was plenty of Bible reading at home, so those visions of judgment and catastrophe surrounded me. My dad eventually became a preacher and I saw a lot of hypocrisy in my environment. Luckily, I was able to grow out of that. I eventually became un-born again, but it stuck with me. If you read what Jesus actually said in the Bible, you’d understand that’s not what they’re preaching. Songs like ‘Jesus Ain’t Coming Back (That Way)’ are a reaction to my childhood.”

“Jesus Ain’t Coming Back,” one of the highlights of High Desert, is a faux gospel tune, but it has its own kind of sanctified power. Its vintage folk-rock sound is augmented by Lachiann Kane‘s big Hammond B3 organ and acoustic piano, a soulful vocal from Knowles, and churchy harmonies by him, Storto, and their friend Spencer Borrows. High Desert is still country, but the musicians’ sound is evolving and their love of rock, folk, and bluegrass is more evident here than it has been before.

“We’ve gotten some complaints from radio stations we’ve sent [High Desert] to,” Knowles admitted. “They say it sounds like two different albums — one rock and one country — but we like all kinds of music. This is our attempt to break out of the [alt.country] genre a little bit.”

On High Desert, Knowles indulged his love of vintage gear by recording the basic tracks in analog sound at Prairie Sun Studios in Cotati. “We wanted to get a raw, natural sound. A lot of it was recorded live, with the whole band playing together. We did the Neil Young cover [“For the Turnstiles”] at our house in Berkeley in one take, with Woody Vermeire on fiddle, Adam Roszkiewicz on mandolin, and me on acoustic guitar.”

The spirit of Young also pops up on “Nogales,” the album’s most apocalyptic track. It could be about the end of a relationship, the end of the world, or the frightened visions of a worker trying to escape from Mexico to find a new life in America. It’s a harsh folk-rock tune, with Knowles laying down a distorted Neil Young-influenced lead line to complement the vibe. “I learned to play guitar by listening to Neil Young records,” Knowles said. “He uses simple chords and packs a lot of emotion into his lyrics, so following his lead was a great way to learn.”

Knowles wrote “Can We Turn The Page?” as an homage to Young’s political vision. With its sweet harmonies and laid-back groove, it sounds like it could be an outtake from Four Way Street. It’s the lament of a disillusioned hippie wondering if the protests of his youth were in vain. “The song is an attempt to point out the effect misguided decisions have on the world. It’s a positive song, though, because I believe we can make changes.”

On stage, Mars Arizona is equally compelling, although it doesn’t always appear with a full band. “We live in Berkeley these days, and how we play gigs depends on distance and economics,” Knowles said. “Closer to home, we bring a whole band, including fiddler Woody Vermeire who used to play with Commander Cody. If we’re in Seattle, it’s just the two of us, although we sometimes bring along Paul Lacques from I See Hawks in LA to play lap steel guitar. We sound more folkie when it’s just the two of us, but Nicole’s harmonies — the way she weaves her lines in and out of the melody — are even more impressive than on the records.”

It was Storto’s harmonies that first attracted Knowles to his future musical partner. “I’d just moved to Tempe, Arizona and was browsing through the bins at Zia Records when I heard her singing along with the things they were playing over the store PA. We started talking about our parents’ record collections. We both hated Johnny Cash, Marty Robbins, and Roger Miller when we were young and loved them now. I grew up surrounded by country, bluegrass, and gospel and, after I heard The Beatles, I tried to reconcile rock and country.”

Knowles started recording himself when he was a boy, using cheap cassette players to double-track his playing and singing. “I tried to figure out how the sounds I heard on records were made. It got me serious about playing guitar.”

Knowles has produced all of Mars Arizona’s albums, with Storto in the co-producers chair. “She has a great ear for what works and since I’m a bit older, my ears are going. She’s a good editor and knows what makes a song come to life.”

Go A’s (and take the Warriors with you)