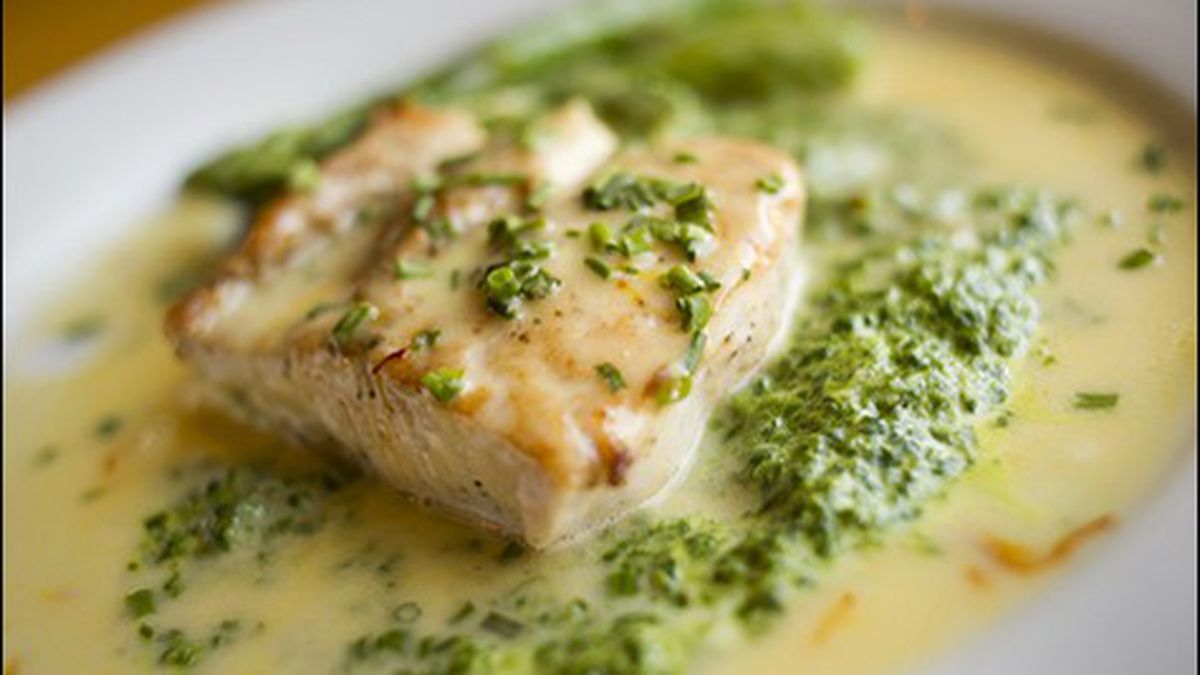 How the Rockridge restaurant has stayed popular despite Asian fusion's decline.

The last decade has not been kind to high-end Asian fusion. The genre’s traction faded as swankier restaurants of all types struggled to keep pace with fine dining’s booms and busts. And yet, Marica restaurant in Oakland has quietly soldiered on since May 2001.

The initial Express review (nearly ten years ago to the day) gave mostly praise to Marica’s Asian-accented seafood portfolio. Now, a decade after its opening buzz, it still fills to capacity most nights. My question: What had chef/owner Christopher Cheung done to keep things fresh, and to buoy his restaurant during the leaner years?

Marica is located on a precious strip of College Avenue in Rockridge, where the purple dusk light hits the hills just so. As I passed nearby bungalows and boutiques, I couldn’t help but think of last week’s rant from hip-hop provocateur Kreayshawn. In a now-viral YouTube video, the Oakland native had these choice words to snarl about another Rockridge restaurant: “We don’t eat that shit in Oakland! That’s fancy Oakland. We eat out the taco truck in Oakland.”

Okay then. As I cobble together my understanding of the East Bay’s culinary atlas, I’m sensing Rockridge isn’t where 99 Percenters go for dinner. Catering to Oakland’s tonier crowd, Marica’s menu keeps pace with higher-profile restaurants like Plum and Camino; most entrées run between $20 and $30.

I anticipated pretense, but relief swept over me when I walked through the door. Warm light spilled from multilevel, wire-hung seed pods. A comfortable sprawl of wooden tables (sans cloth) colonized the small floor space. One wall was brick, another a two-toned olive and light yellow, and a third was lined with gauzy fabric panels. The art was an odd jumble, including a brightly pixilated abstraction, a folk art tableau involving shells, and a Chinese piñata.

It’s an endearing mish-mash, akin to visiting a favorite aunt’s living room: Why critique her design sense when you feel so at ease?

Cheung opened Marica with a rotating Asian-influenced seafood menu. Like its decor, the menu has evolved into a hodge-podge. Though ginger and scallions pop up here and there, Asian flavors have given way to more global influences (Yucatan sausages, gruyere soufflé, etc.). As sustainable seafood became harder for Cheung to obtain, wild-caught fish ceded menu space to meats of the land. Marica also switched from gas to charcoal four years ago, and nearly half the entrées are now mesquite-cooked. Cheung’s retooled menu bears more hits than misses, though it sometimes suffers from overreach.

Marica’s steak came recommended, and with reason. The surprisingly generous filet mignon is served crisp and mesquite-charred on the outside, afloat a cute yin-yang of whipped carrot and parsnip purée. Inside the steak, a perfect pink. Shallot-sautéed mushrooms and onions with the perfect amount of chew top the meat, while a stack of lightly cooked green beans (“al dente haricots verts” makes me wince) fans out on the side. Only salt, pepper, and a port demi glace flavor the actual steak; similar to his other grilled items, Cheung lets mesquite steal the show.

The mahi-mahi is another standout. Again firing up the grill, Cheung gives the salt-and-pepper filet a perfectly light char, pairing it with a handful of grilled asparagus spears. Serviceable mashed potatoes share the plate, but the supporting-actor-of-note is a spinach purée, mixed with cream and set off with a bit of fennel. This heady mixture spreads thickly across the dish, layering rich notes on a general mildness.

The mussels are served bistro-standard, in a buttery broth of shallot and Pernod. As with many fruits of the sea, freshness is half the battle; Marica’s wild mussels couldn’t be more than 24 hours from ocean to table. Each one is plump, perfectly cooked, and juicy, with no fishy unpleasantness. More please.

Other openers were mixed. In one of Cheung’s last Asian-fusion holdouts, hoisin-sautéed lamb, peppers, and onions are served atop lettuce shreds studded with cherry tomato halves and beet cubes. The cold lettuce feels unpleasantly stiff with the still-warm meat, and I couldn’t deduce why the red veggies were even there. The lobster and corn bisque was a by-the-book chowder with no detectable lobster flavor, toothy corn kernels, and one inexplicable rubbery shrimp adrift in the soup.

Marica’s Niman pork chops were mildly over-grilled, but more than anything suffered from an excess of items on the plate. White cannellini beans, peppers, onions, spinach purée, haricots verts, carrot chunks, and cold, sickly sweet chutney pears all vied for attention from the massive double-cut chop. Like the lamb salad, this dish suffered from a lack of cohesion.

The signature dessert, a time-tested chocolate soufflé, had the taste of homemade brownie batter with the whipped-air lightness of cotton candy. A mixed berry trifle bore a rich cream, though large chunks of biscotti at the bottom hadn’t absorbed enough moisture; the hardness jarred.

Cheung said Marica hit some hard times a few years back, nearly going belly-up. Now he sees three turnovers per night, and weekend reservations can be hard to snag. Alhough menu updates have helped, Cheung largely credits his restaurant’s popularity to the perpetual happy hour; after 7, a younger crowd descends for $6 top-shelf cocktails. Marica’s triple-duty front of house staff (everyone serves as bartender, host, and server) also knows how to bring patrons back. Exceedingly warm and menu-savvy, they give freebies to new customers and banter with the regulars.

When all is said and done, Marica is a comfortable place, where the menu flubs seem forgivable, where scuffs on the tables speak to years of comfortable use, and where … Kreayshawn might not get angry. Eh, who am I kidding? &#8;