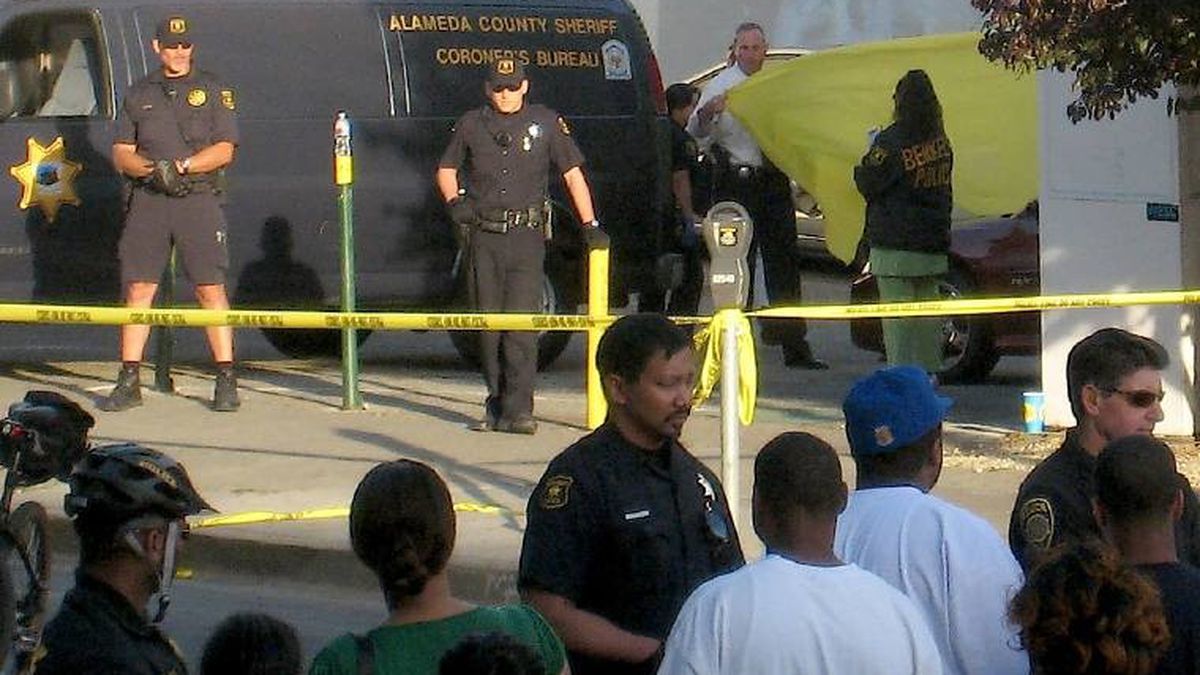 A man whom the Oakland Tribune is identifying as Maceo Smith and who according to the Berkeley Police Department was thirty years old died of multiple gunshot wounds just before 4 p.m. today in a parking lot just east of the Top Dog restaurant on Durant Avenue just below Bowditch Street.On the scene two hours later, Apprehension ran into an old acquaintance who works nearby but did not want his name to appear in the paper. He claimed to have seen the immediate aftermath of the shooting, and to have seen someone departing the scene in a suspicious manner that left him wondering what role this individual might have played in the crime.