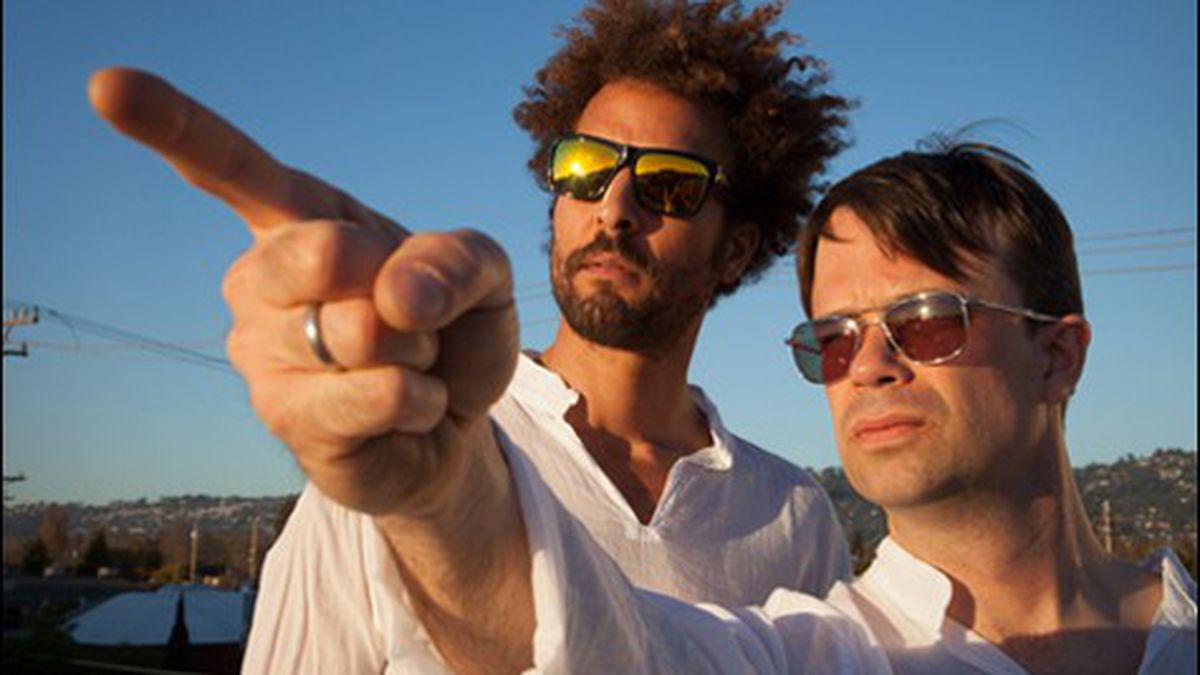 With his new band, Life Coach, Phil Manley injects a bit more rock into his kraut.

It might be tempting to paint Phil Manley’s new band in the context of some kind of “maturity”: After all, the founding member of Trans Am is now married, has a one-year-old daughter, and is considering moving out of his rent-controlled apartment in San Francisco to buy a house in Oakland (mostly for the warmer weather, he said). The instrumental metal band The Fucking Champs he played in broke up, and he said his itch for touring has dwindled considerably, as has his tolerance for drugs and alcohol. Unlike when he was in his twenties, he no longer cares to be wasted onstage (two and a half beers is the perfect amount, he said). Even the band name, Life Coach, seems to indicate some sort of midlife reflection, although it’s not clear if Manley is acting as the life coach or in need of one.

And yet, Life Coach’s debut album, Alphawaves, which will be released April 16 by Thrill Jockey, is considerably more rocking than Manley’s last release, his solo debut, which was called Phil Manley Life Coach. (The title is actually a nod to Charles Bullen’s Lifetones project and the jazz-rock fusion group The Tony Williams Lifetime.) An homage to krautrock producer Connie Plank, Phil Manley Life Coach was a collection of songs written over a ten-year period that explored the sounds of the German minimalist synth-rock movement of the Seventies; several were soundtracks Manley did for his friend, the director/producer Ivan Hürzeler. The album was, appropriately, cinematic, moody — dark, even — and, like most of Manley’s output during his career, largely devoid of vocals.

Life Coach (the band), on the other hand, is not a solo project but rather a duo featuring Manley and drummer Jon Theodore. The two played together in the bands Golden and Golden State, as well as a briefly lived ZZ Top cover band called ZZ Pot and the Trans Am/Fucking Champs collaboration The Fucking Am. Theodore has most notably been a member of The Mars Volta and One Day As a Lion, a rock-rap project with Rage Against the Machine’s Zack de la Rocha. And recently he joined Queens of the Stone Age.

That résumé gives you insight into what kind of drummer Theodore is, and what he brings to Life Coach’s spacey, psychedelic, largely instrumental jams. “Jon is probably the loudest drummer I’ve ever played with,” said Manley on a recent blustery, sunny afternoon outside a coffee shop in San Francisco. Indeed, the drums are incredibly present on Alphawaves, and there’s an electricity to Theodore’s playing that ignites the whole record.

Although Manley and Theodore have known each other since college, they haven’t played together in about a decade. Their getting together was largely a stroke of luck, said Manley. He had written the songs on Alphawaves on his own, while trying to come up with a set for his solo album tour. “The set that I wrote wound up becoming the new album,” he explained. “Over a year of time I sort of assembled the set, wrote the set, and then after I played it a bunch of times in concert, I went into the studio to record it, with a drum machine, with the idea that I would send it to friends to play drums to replace the drum machine.”

Of the four drummers that Manley sent the tracks to, Theodore, who wasn’t doing much at the time with One Day As a Lion, was the first to lay down parts and send them back. “You could hear it in the energy of the performances that he was just so psyched to play,” recalled Manley, who used a drum machine on his solo album.

In addition to Theodore’s rock pedigree, Manley said that the absence of The Fucking Champs as an outlet also inspired him. “My wife, when the Champs broke up, she was like ‘When are you gonna play in another heavy band?’ I was like, ‘I dunno, maybe Life Coach should take a heavier turn.’ Because I was also kind of missing that — that sort of like visceral, cathartic sound. It’s physical.”

That shift is most evident on “Fireball,” the album’s catchiest track, which rocks a tight, syncopated beat; highly reverbed vocals; a fuzzy riff; a blazing guitar solo courtesy of Isaiah Mitchell (of Earthless and Golden Void); and an undeniable Queens of the Stone Age vibe. And the hard-driving psych-rock of “Mind’s Eye” recalls the Champs. Even Manley’s krautrock tendencies are given a kick, such as with the crisp, Motorik groove on “Alphawaves” that propels a nearly seven-minute-long jam of swirling synths and electric guitars.

Despite the boost in the rock department, Alphawaves is, in many ways, a further exploration of Manley’s interest in krautrock: “One thing I was really inspired by when I was tracking was the sort of New Age music, which I think is maybe having a bit of a renaissance now, like Tangerine Dream,” said Manley. “There’s a side of krautrock that’s not as popular. Or like Popol Vuh, which is really ambient. That was definitely an influence.” That ambient side comes through on “Limitless Possibilities,” which begins with a lush synth intro but then segues into several measures of a tight drumbeat before launching into a floating-in-space instrumental.

But Manley wasn’t just looking to the past; the guitarist said the many bands he works with as an engineer and producer also influence him. The most obvious example, he said, was the use of tambura on the opening track, “Sunrise,” which he lifted from a recording session he did with Michael Elrod of Oakland’s Date Palms. (“Luckily he’s a nice guy and he was stoked,” said Manley.)

Ultimately, Life Coach’s sound both nods to the past and looks ahead, in a way that’s unapologetic but also not too precise, while Theodore’s lively playing firmly plants that aesthetic in the now. It’s a tricky balance. On one hand, Manley said he thinks it’s a cop-out when bands say everything has been done before, and thinks it’s weird that musicians are playing styles from fifty years ago (like garage rock). Then again, the guitarist — who grew up in a DC suburb on a diet of classic rock, psychedelic, DC hardcore, British punk, metal, and noise — keeps coming back to the minimalist German music he discovered through his older sister, because it sounded (and still sounds) futuristic and modern to his ears.

But perhaps those contradictions are inevitable in music, and in many ways, it’s that tension that makes it interesting. It’s unclear what the future holds for Life Coach, considering that Theodore lives in Southern California and is now playing with a major band. Beyond a couple shows lined up this week, there’s no tour in sight (although there’s a possibility of an outing with Seattle’s Kinski in May).

For now, Manley has decided to stay in his rent-controlled apartment.