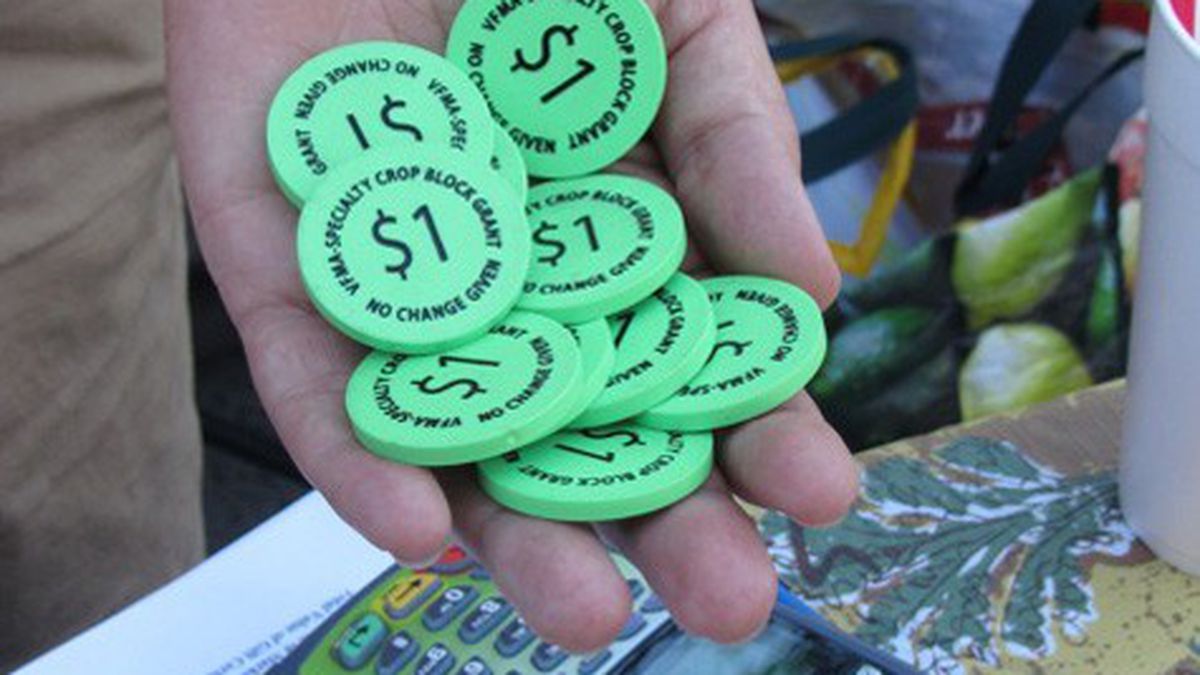 California is famous for its bounty of fruit and vegetables and the ubiquity of its farmers’ markets, but even the Golden State has struggled to get fresh food into the hands of its neediest citizens. Nearly two decades ago, as a way to address the food gap and improve low-income families’ access to good food, recipients of CalFresh — the California version of food stamps — were encouraged to use their monthly benefits to purchase unprocessed food at local farmers’ markets. The effort was moderately successful, and between 1997 and 2002, about $7,000 in food stamps were redeemed each summer at more than seventy Pacific Coast farmers’ markets in the Bay Area. But the prices at farmers’ markets proved too steep for many families on food stamps. Healthy and delicious fruits and vegetables just weren’t in the budget.

The Market Match program — launched three years ago by the food system advocacy organization Roots of Change — has helped change that reality for many CalFresh recipients by incentivizing healthy food choices with an additional boost of money. Offered exclusively at farmers’ markets, the incentive is typically a dollar-to-dollar match, usually with a $10 (or less) cap, and paid out in tokens or vouchers.

The exchange at the Ecology Center’s Berkeley farmers’ markets will begin on October 1 and work like this: A CalFresh recipient brings his Electronic Benefit Transfer card (EBT) — the digital food stamp system used today — to a farmers’ market, swipes the card at a wireless device at the info booth, and “withdraws” money from his benefits account. In turn, he receives wooden nickels with which to buy fresh fruit and vegetables (no cooked or processed food). If the recipient withdraws $10, he gets an additional ten Market Match chips. If he withdraws $5, he gets five extra tokens, and so on.

The incentives are working. Last year, Bay Area families redeemed more than $20,000 at Pacific Coast farmers’ markets during the summer months, a 224 percent increase from 1996. The program itself has also grown significantly over the last three years: The number of California farmers’ markets offering Market Match incentives has tripled, from around 40 in 2010 to more than 130 last year, and an estimated 40,000 families are served by the program statewide.

In fact, Market Match has done so well that there is a growing need for uniformity, and in January, the Ecology Center in Berkeley took over programmatic control. Currently, each member of the California Market Match Consortium (CMMC), which includes community organizations and farmers’ market operators, can set its own “match” level. Some offer dollar-for-dollar, others have a set voucher amount, and the cap often varies from market to market, too. Carle Brinkman, the Ecology Center’s program manager of the Statewide Farmers’ Market EBT Program, said that such variation can be confusing for CalFresh participants, and that the Ecology Center is working to unify and standardize the program across the state. They are hoping to find just the right balance of incentive and outreach. “We ask, ‘How much is just enough to get people coming to the market, versus how many people we can reach?'” she said.

The Ecology Center is currently creating a best practices guide and tool kit for markets, and is gearing up to promote Market Match on a statewide level with billboards, radio spots, grassroots outreach, and direct mailing. The incentives program is primarily funded through the California Department of Food and Agriculture’s Specialty Crop Block Grant, but some members of the CMMC have found private donors and obtained outside grants, and Brinkman said that ideally the program will be funded in the future by a public-private partnership. If the Farm Bill passes in its current form, Market Match could also benefit from millions of dollars earmarked to incentivize healthy choices.

All of this is good news for a program that Brinkman calls a “triple win.” Not only does Market Match encourage CalFresh recipients to shop at farmers’ markets, she said, it also supports local farms and encourages people who are eligible for assistance to enroll in CalFresh. Brinkman added that the program is not intended to control what people can purchase, but rather to help them realize that they can afford good food. “It’s often a perception issue, too … that shopping at farmers’ markets is much more expensive [than shopping at a grocery store],” she said. “We’re focused on educating and informing people.”

Facebook
Twitter
Linkedin
Previous articleBan On Lead Ammunition Heads to Governor’s Desk
Next articleMid-Week Menu: The Hog’s Apothecary Is Open, a Taiwanese Noodle Shop Is Coming to Uptown, and Chef Shuffles at Plum and Haven