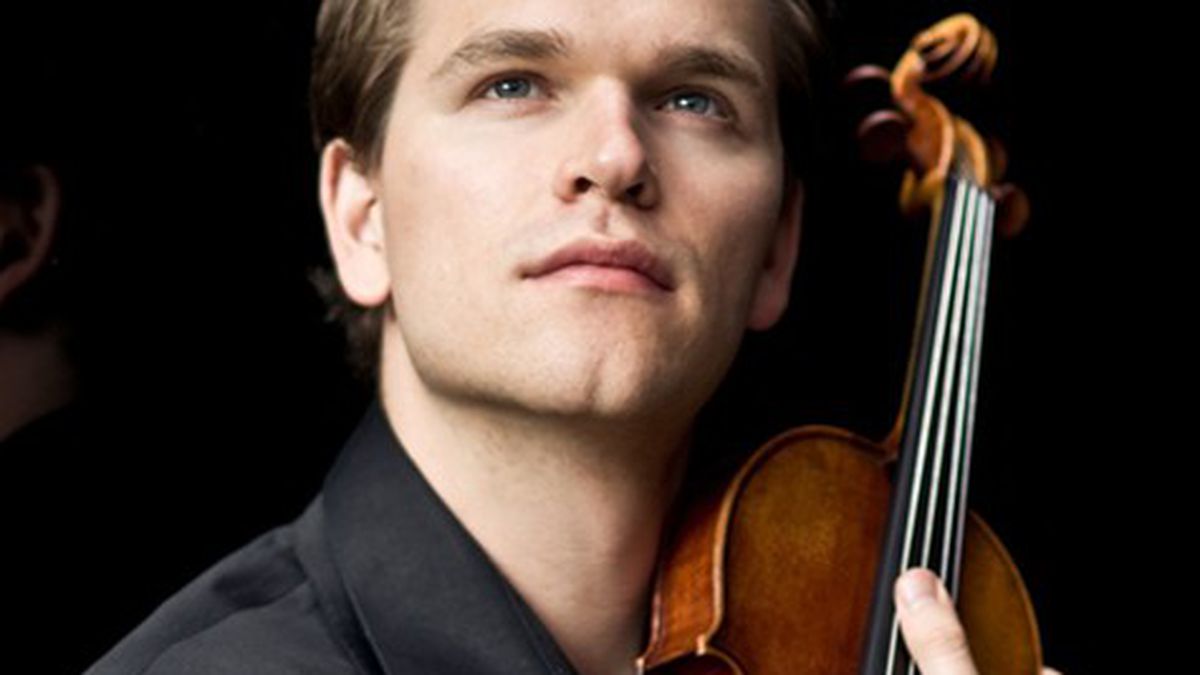 Mads Tolling Takes to the Orchestra

When two-time Grammy Award-winning violinist and composer Mads Tolling received a commission for a new violin concerto from the Oakland East Bay Symphony, he knew exactly what to do.

After all, he’s a former nine-year member of both the Turtle Island Quartet and bassist Stanley Clarke’s band. He established a trio in 2007 that is now the Mads Tolling Quartet. If he was prone to flamboyance, he could decorate the walls of his Albany apartment with awards. And, he said, long ago, while growing up in Copenhagen, Denmark, he “trained like a monkey” as a classical musician before getting sucked into the varied vortex of Miles Davis, Danish jazz violinist Kristian Jorgensen, The Beatles, Paul Simon, Jean-Luc Ponty, and other influencers.

Contemplating the commission — his first full orchestra work — the 34-year-old violinist rushed out and bought what he called a “symphony-for-dummies manual.”

The orchestration book was actually a highly regarded tome written by Samuel Adler, a Juilliard School music professor. Tolling said that the main message — don’t paint too much with one color or get too busy — reminded him that being picky was good. And if careful instrumentation was important to building an aesthetic, geometry was crucial. Unlike with his quartet, the footprint of one hundred musicians can mean the drummer is seated fifty feet away from the cellist. The time it takes sound to travel is a major factor in communication between instrumentalists.

“I’ve been tactical,” Tolling said about his strategy.

He’s also been willing to flip.

“I write on a Sibelius [computer] program when I compose,” he said. “So I’ve flipped the screen horizontally to see the twenty-some lines on a symphonic score all at once.”

Even before hitting the computer, Tolling sat at the piano to sketch out chords and melodies. After refining his own violin solos, which he said are not so grand that other instruments will miss out on an opportunity to shine, Tolling completed a skeleton for the three-movement piece.

The challenge, he said, will be the concerto’s muscle: a strong sense of groove. He titled the catapulting, 22-minute, swing-like-you’ve-never-swung-before composition Begejstring, a Danish word meaning excitement.

Tolling said that having written for string quartets helped him control the dangers of a giant palette of instruments.

“A string quartet is like a naked form,” he said, “because all the instruments sound alike and you can’t hide behind a piano or other instruments.”

Instead of leaving room for improvisation as he would with a smaller band, Tolling has been investigating the airy quality of flutes and honing “crazy stuff” for the clarinet and trumpet.

“There would be chaos if I wrote for improvisation with the orchestra,” Tolling said. “But the point isn’t to have the orchestra play classical stuff; it’s to integrate them into the groove process.”

Imagining how this cool-sounding purpose translates into music — how a string part played with bluegrass shuffle-bowing sounds, or the sonic illusion of a guitar riff peeling from a flute — Tolling tossed in another zigzag: “There’s also Marvin Gaye and fugue-like sections.”

Maybe it would help to learn that Tolling has climbed Mount Kilimanjaro in Tanzania with his father. He lied to get into Turtle Island, claiming he knew how to play the viola, the first instrument he played with the quartet before migrating back to his “home” instrument, the violin. In other words, he has a bit of the daredevil in him.

The symphony’s New Visions/New Vistas Commissioning Project, which is responsible for the world premiere of Begejstring, comes with a mentor. John Kendall Bailey is an OEBS pre-concert lecturer, guest conductor, and has served as principal conductor of the Oakland Youth Orchestra. As project manager of the new commissioning series, this is his fourth time guiding a young composer through the “twists and turns of writing (a) first piece for full orchestra,” Bailey wrote in an email.

He suggested that Tolling write music first, orchestrate later. For all new composers, he advises familiarity with instruments’ ranges, timbres, and limitations.

“[Tolling] is a violinist and has written for strings, as well as for brass, so it was really the woodwind and percussion families which were new territory for him,” Bailey said.

Other than reminding Tolling to avoid writing music that is dense and complicated, Bailey said he is directing Tolling to rely on his intuition and refined sensibilities. He’s found particular pleasure in observing Tolling’s sense of humor express itself more fully as the concerto reaches completion.

Tolling, eyeing the three one-hour rehearsals he’ll have with the orchestra and the single night performance, lamented, “It’ll go quickly.” Hoping the work will someday be picked up by other orchestras, he said that, for now, he’s “just having fun being a musician with a quartet — and an orchestra.”