.Remembering The Jacka: Mourned as He Lived 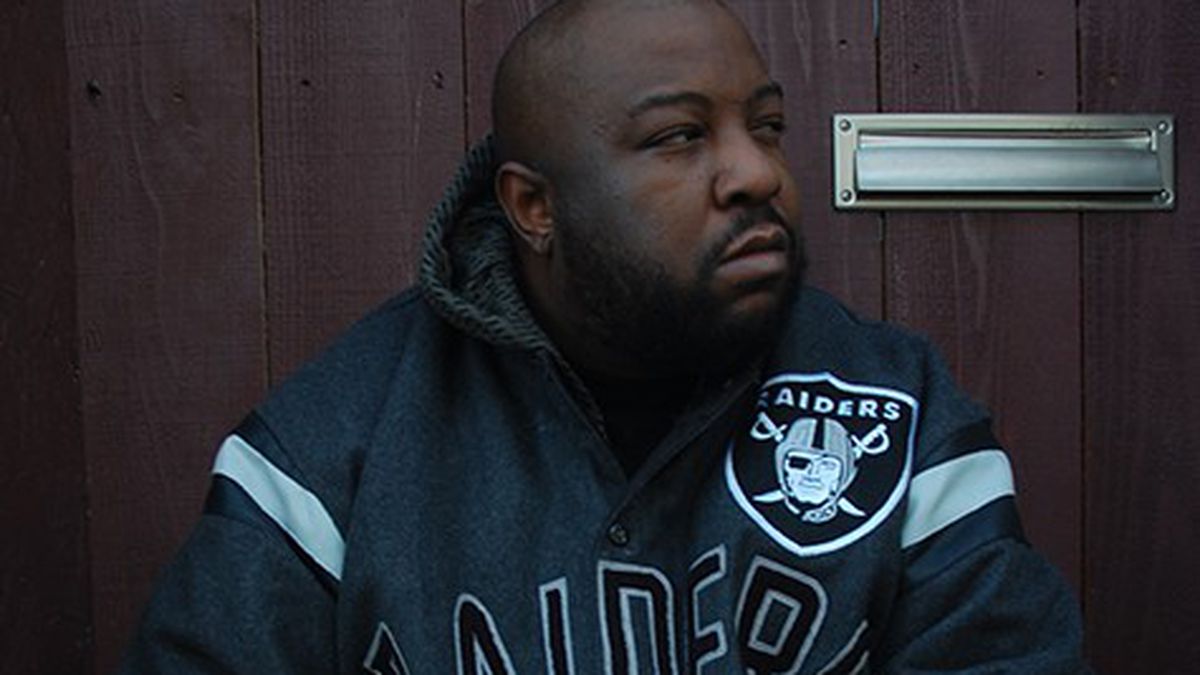 A street memorial spontaneously appeared within hours of The Jacka’s sudden death on February 2. A teddy bear, candles, concert tickets, and bottles crowded the sidewalk. The concrete, dampened by tribute spills, appeared to shed tears. Folks crossed themselves, grimaced, and shook their heads. A few of them explained the concept of paying respects to little kids. Still, the scene’s main fixture was The Jacka’s music — bass slaps punished a swaying guy’s laptop speakers while more tracks bumped from a procession of jalopies and Caddies alike. On 94th Avenue near MacArthur Boulevard, The Jacka was mourned as he lived, with a groundswell of fans blasting his tracks.

When The Jacka was killed by gunfire that Monday evening, social media erupted. National outlets reported the death, whether or not they covered Highway Robbery or What Happened to the World, The Jacka’s impeccable late-2014 releases. Doubtlessly, countless fans read every report, but the hundred or so people who instinctively gathered on that block spoke vividly about the storied rapper’s life and legacy.

His name was Dominic Newton. A convert to Islam, he went by Shaheed Akbar. Still, everyone called him The Jacka. He was 37 years old, married, and a father. Police have no known suspects.

Staunchly independent with commercial highlights in spite of that independence, The Jacka was regionally revered while remaining lightly indifferent to local trends. Throughout his voluminous discography, The Jacka regaled listeners with saccharine chorus hooks, while his wheezy yet stern flow dispatched nuanced, panoramic hustler scenes. Gangsta narratives were tempered by deep empathy — in this regard, The Jacka was an heir to 2Pac.

Prashant Kumar, better known as PK, spent hours at the memorial. He brought the rapper’s son. A lifelong friend and indispensable business partner, he explained The Jacka’s lyrical tendency to follow grit with moral commentary as a persuasive technique. “That’s for the listeners,” he said. “You gotta paint the streets in order to give them the other message. If not, you’re just preaching.”

Matt Werner, operator of Thizzler.com, seconded PK’s take: “The glamorous stuff that rappers portray — Jacka balanced that with a lot of regret, reality, and the lifestyle’s dark side. He painted a full picture.”

Friends and collaborators emphasized The Jacka’s humility. He was the last to leave a club, an emcee willing to greet anyone in a genre that often puts a premium on aloofness. He was a leader without declaring it. As Werner said, “He set the trend. He didn’t have to buy into anyone else’s.”

Countless artists benefitted from his influence. PK named only a few: “J. Stalin, Joe Blow, Berner — he gave them all opportunities and didn’t expect nothing back.”

Berner, a frequent collaborator whose style and early prominence owes much to The Jacka, echoed the praise. “A lot of people who give you a verse are like, ‘You owe me,’ but Jacka was nothing but support, nothing but love,” he said. “He was a jokester, one of the most uplifting and giving people.”

They met at a show in 2007 after Berner offered The Jacka a handful of cherry pie. When The Jacka died, Berner was in Los Angeles booking studio time to record another installment in their collaborative Drought Season series. The last time they saw each other was at Berner’s in-store event at Rasputin. His friend showed up unannounced to watch.

“He’d give you his best beat, his last bud, or the shirt off his back,” Berner said. “That’s hella rare. I sat there for two days and cried.”

The Jacka was born to fourteen-year-old parents and became the family breadwinner as a teenager, a role that landed him in prison for a year at eighteen. In interviews, the rapper frequently referred to the period as one of learning. Though he identified as Muslim at nine years old, The Jacka’s incarceration solidified his faith.

His teens were also changed forever by C-Bo. The mobb music elder approached the teenager and his friends in a record store. That same day, they went to a studio and recorded “Ride Til We Die,” which became the opening track on C-Bo’s 1998 album Til My Casket Drops. The guest rappers were credited as Mob Figaz.

The group, which included AP.9, Fed-X, Husalah, and Rydah J. Klyde, in addition to The Jacka, issued a debut album, entitled C-Bo’s Mob Figaz, in 1999. Over time it achieved gold certification. The Jacka’s solo career started in earnest in 2001 when he released Jacka of the Mob Figaz. In an interview, conducted in 2011 and published posthumously on Pitchfork.com, The Jacka disparaged his debut, suggesting that there was too much money involved.

“We had hundreds of thousands of dollars to fuck off,” he said. However, “On the second project, I didn’t have those resources. All I could do was make the skill pave the way. … We had to be dope.”

Indeed, it was 2005’s The Jack Artist — recorded after the Mob Figaz money dried up and a spate of imprisonments and misfortune in his circle focused his outlook — that set the tone for most of his career. With PK, he formed an independent label, The Artist Records, and they peddled The Jack Artist like a street album. Employees at Rasputin remembered The Jacka delivering copies every week — the units moved.

The single, “Barney (More Crime),” popularized some regional weed terminology and contained the indelible hook: Sellin’ dope is cool/But rap is on my mind/It’s hard to do ’em both and get my bread at the same time. In the song, he sympathetically quotes a weary addict and invokes Allah to guide him and his peers through the trials of urban life.

It was the hyphy era, but The Jacka didn’t succumb to the spastic impulses then gripping Bay Area hip-hop. As PK remembered, “The hyphy movement brought a lot of attention to the area, but not necessarily him.” He continued, “He was adamant about not jumping on the bandwagon — and people appreciated that.”

2009’s Tear Gas featured his best-known track, “Glamorous Lifestyle,” impeccably produced by Traxamillion and featuring a prime verse from Andre Nickatina. The intro, in which shimmering bells and light percussion gently fall into place, segues into a signature Jacka chorus — singsong but with a confident gait, and executed so deftly that its charm simply won’t dissipate.

The candlelight illuminating mourners’ faces at The Jacka’s memorial will eventually fade, but graffiti writers are emblazoning the streets with his name. One tag is scrawled on a box truck — an apt image for the rapper’s street-level distribution. Like Mac Dre before him, commemorative murals are imminent, but The Jacka’s music is sure to outlive even those.