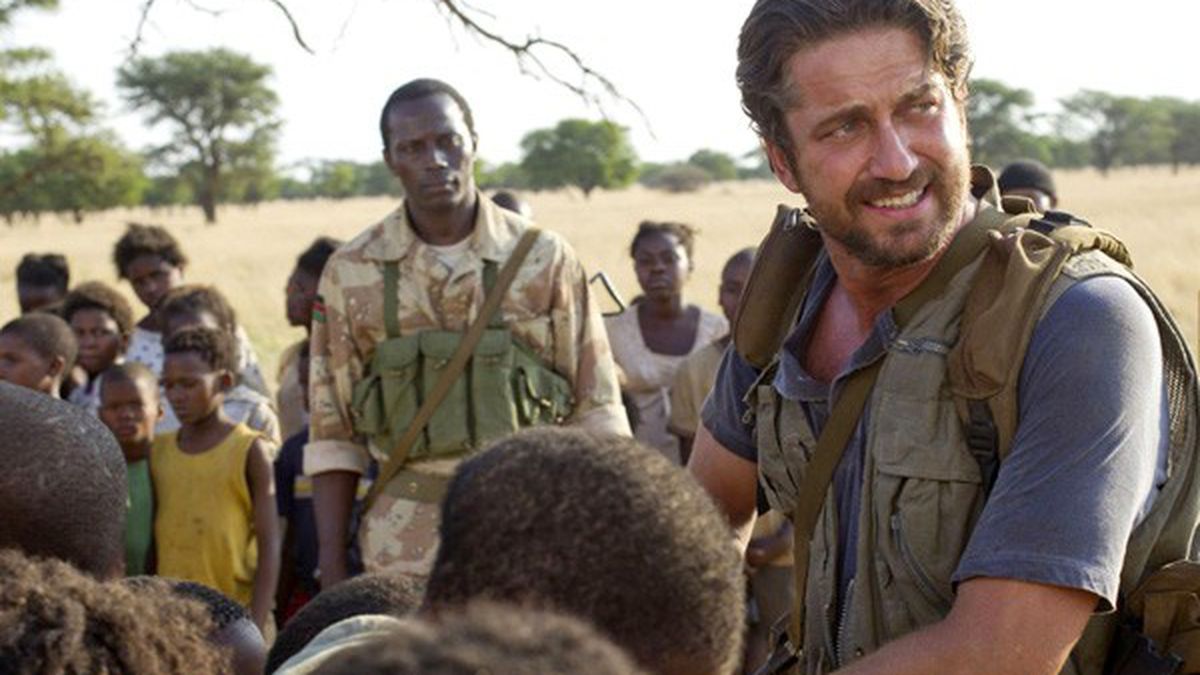 At first glance, Machine Gun Preacher bears a hopeful resemblance, at least on the surface, to Kill the Irishman, which came and went quickly last winter. Both are modest, quirky, true-story actioners out of left field, about violent characters taking the law into their own hands — Irishman‘s anti-hero as an ambitious gangster in Cleveland, and in the case of Machine Gun Preacher, an ex-con biker who single-handedly tries to beat some sense into the warlords making Sudan such a miserable place.

The year is 2003. Via cross-cutting, we see convicted drug dealer Sam Childers (Gerard Butler) getting out of prison at the same time that North Sudanese rebels are staging murderous raids on peaceful villages in the south of that unfortunate country, carrying off young boys to be forcibly trained as soldiers. Fate brings the tough guy and the tough land together. Childers’ wife Lynn (Michelle Monaghan) drags him to church, where he gets religion and forsakes his lowdown ways, then builds up a successful construction business. But he ain’t satisfied.

After watching a TV news report, Childers decides to go to Sudan to rescue a group of kids stranded in a wrecked village under constant threat by Muslim raiders preying on the Christian southerners. Soon, Sam is training his own defense force and having firefights with the rebels while simultaneously emptying his bank account to fund his crusade. He becomes a real-life Rambo but no one back home in the US seems to care, not even his long-suffering wife. Sam begins to exhibit another kind of addictive behavior — he needs to save those kids. The irony of this seems lost on the filmmakers (the screenplay is by Jason Keller), who frame Sam’s mission in quasi-religious terms and Hotel Rwanda-style dramatics while Butler, never a subtle actor (The Bounty Hunter), stomps across the terrain. How do you end a story like this? Inconclusively. He’s still there.