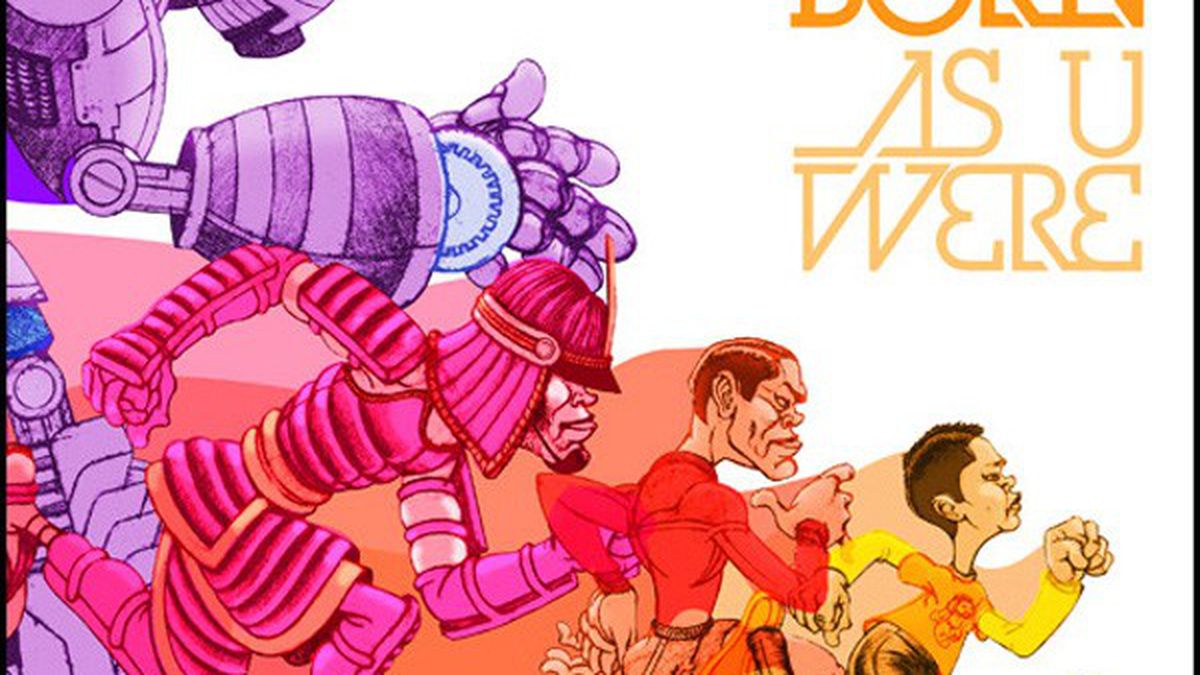 Since his 2003 solo debut, Berkeley native Tsutomu Shimura, aka Lyrics Born, has cemented his reputation as one of those nice guy underground rappers, all social justice and post-marital sex. On Everywhere at Once‘s “Rules Were Meant to Be Broken,” he chanted I’m just trying to live happily, take good care of my family, and be very well off, both spiritually and financially. But while critics damned him with faint plaudits like “life-affirming,” he fine-tuned his rapid-fire wordplay and, on Once, traded samples for bass drums and horns bombastic enough to channel James Brown. Shimura may have been chaste, but you always suspected that he was one step ahead of his own seemingly simplistic image.

Sure enough, As U Were both satirizes and complicates this squeaky-clean persona. In interlude “Born-E-Oh’s!” a Muppet-voiced marketing executive schemes He’s doing the Berkeley thing, he’s doing the organic thing, suggesting that they patent a cereal called “Born-E-Oh’s.” Meanwhile, “I’ve Lost Myself” is Shimura’s own “Power,” a rumination on fame, money and compromise. Mellow beats and alto harmonies swirl through the verses like smoke in a seedy back room. “Lies X 3,” a dark cabaret number that sounds like the funked-up cousin of Soft Cell‘s “Tainted Love,” circles the line Sell me something I don’t already own.

As Lyrics Born’s first release on the Universal-owned Decca, the album wrestles with an industry where indie credibility launches major-label careers, idealism sells, and nothing, least of all the emcee, is pure. As U Were is an utterly danceable confession, in which Shimura humanizes that nice guy known as Lyrics Born. (Decon)

God and Hippies Are Alive and Tripping with ‘ACID TEST: The...