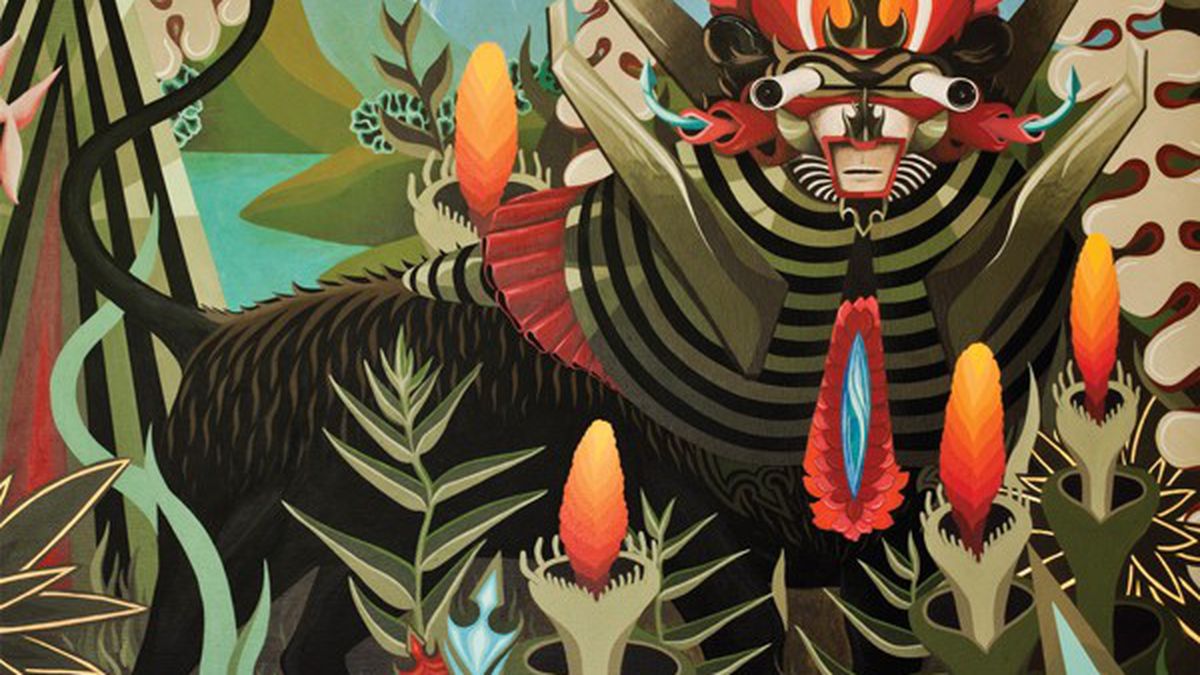 The Bay Area is rife with groups inspired by psychedelic textures and the propulsive, simple rhythms of krautrock, but few sound as comfortable interpreting those styles as Lumerians. On its third album, the Oakland ensemble continues to hone its pulsating grooves and heady moods. While during its live show the band relies on dancers and nebulous visual projections to bring its perception-bending ditties to life, the six tracks on The High Frontier alone can achieve the same effect in any stereo-equipped room.

Each song features a backdrop of deftly blended synthetic and organic sounds: Electronic drums meld with live cymbals and spacey keyboards mix with harrowing vocals. “The Bloom” showcases several intertwining keyboard melodies, which lend the track a polyrhythmic backdrop for the drums to blanket with a broken surf beat. Guitar notes trickle around the complex-but-static rhythms for more than five minutes, but, like on most Lumerians tracks, it feels much shorter than that. “Koman Tong” relies more heavily on electronic sounds, but the creative guitar leads compensate for the lack of humanity.

Lumerians record in an East Oakland studio built in an old church, and the production on The High Frontier is impeccable. The individual sounds of each drum and cymbal swell are pristine, and the passages of layers of keyboards sound expertly mixed. Lumerians clearly go to great lengths to realize their space-rock aesthetic, and this effort yields some of the finest contemporary Bay Area psychedelia. (Partisan Records)