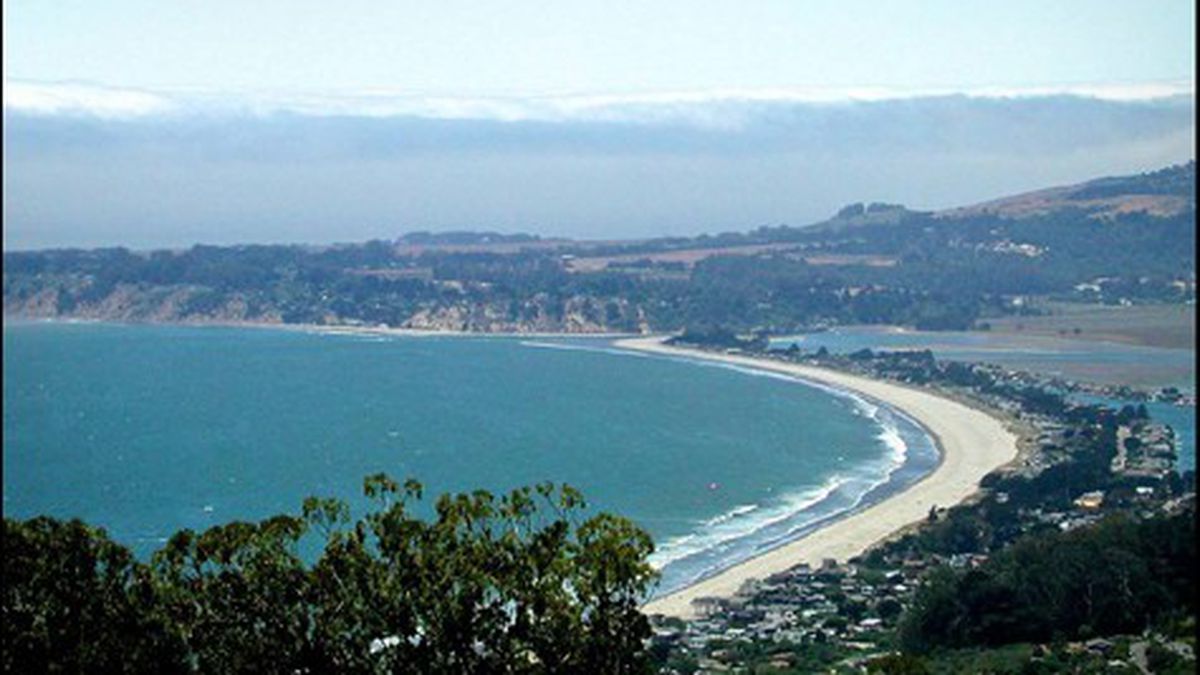 Tired of the usual overcrowded getaway spots? Try these less-traveled locales this holiday season — or next.

Holiday getaways are meant to be relaxing. After all, the busy shopping season can be overwhelming. And fighting the crowds at popular ski destinations like Tahoe can be taxing, too. So why not really get away from it all — to a place that’s off the beaten path and yet still beautiful?

Here are five of our favorite spots in Northern California, several of which are now much more accessible thanks to the sharing economy.

Although it’s only about 75 minutes from the East Bay by car, the Stinson Beach-Bolinas area can feel like it’s in a different region of the country during the winter. It’s much less crowded than in summer, but still spectacular. And for melting away stress, there’s nothing like a long walk on Stinson Beach when there’s no one around and there’s a chill in the air or a light rain is falling.

And because of Airbnb and other home-sharing websites, snagging a beach house at Stinson or in nearby sleepy Bolinas is much easier than it used to be. And if you can’t find a spot to your liking, then try one of the coastal communities immediately to the north, like Olema, Point Reyes Station, or Inverness. If possible, get a home with a fireplace. A crackling fire accompanied by the sound of ocean waves pounding on the beach at night is guaranteed to make you forget city life. And if you’re really feeling the need to get away, why not spend the entire Christmas holiday there? Bring your own tree for decorating. It’ll be a trip to remember.

If you’re like me, you’re probably planning to drink your way through a substantial portion of this holiday season. So why not do some of that recreating while on a trip to a quiet, out-of-the-way spot? Nestled along state Highway 128, between Mendocino and Cloverdale in Southern Mendocino County, the Anderson Valley is the perfect place for a wine-tasting adventure. You also won’t have to deal with the flock of tourists that often overwhelms the Sonoma and Napa valleys to the south.

One of our favorites in the Anderson Valley is Navarro Vineyards in the tiny town of Philo (population: 349). Located about 5.5 miles north of Boonville, Navarro has some exquisite wines for reasonable prices — its pinot noir is particularly noteworthy. The vineyard also offers two tours daily, at 10:30 a.m. and 3 p.m., and you can make reservations online at NavarroWine.com/tours. And as long as you’re in the general area, take an afternoon trip to Hopland, a quaint town on Highway 101 in the upper Russian River Valley. Once there, drop into McFadden Vineyard Tasting Room. Believe me when I say you won’t be disappointed.

If you’re determined to spend time in the snow during the holidays, then why not head toward the tallest mountain in Northern California: Mount Shasta (elevation: 14,179 feet)? On the way there, stop off at Dunsmuir, a historic California town that is just south of the mountain, along the Sacramento River. It’s about four hours north of the Bay Area, and Dunsmuir’s downtown district, built in the late 1800s and early 1900s, features galleries, antique shops, and a terrific local brewery, Dunsmuir Brewery Works.

Mount Shasta, of course, includes 32 trails for skiing, snowboarding, and sledding. And if you’re up for some great hiking, check out Castle Crags State Park, about five miles south of Dunsmuir. Weather permitting, the Crags Trail hike is one of the best in California. Ascend about 2,200 feet to sky-scraping spires of granite, known as Castle Crags. From there, you’ll have a jaw-dropping view of snow-covered Shasta.

As you can probably tell by now, we love old 19th-century towns, and Jackson is one of the best in the state. Located on state Highway 49, in the Sierra foothills southeast of Sacramento, Jackson’s downtown area is a must-see. It features several historic buildings and is home to numerous galleries, boutiques, and shops. In fact, if you’re so inclined, you can do all of your holiday shopping along Main Street. And don’t forget to stop in for a cocktail at the National Hotel, erected in 1863.

For skiing and other snow sports, you can head north up Highway 49 to Highway 50, and then on to the South Lake Tahoe area. Or, take a trip south to Highway 4 and then east to Bear Valley Mountain. But don’t leave Jackson without first checking out the majestic Mokelumne River, which runs right by the town. You can hike along the river and get a close-up view of the pristine primary water source for much of the East Bay.

Yes, we know, Yosemite National Park is far from being a hidden gem. But it is vastly underappreciated as a winter getaway spot. Which is surprising, because the most beautiful park in California may be even more breathtaking when blanketed in snow and ice. It also doesn’t get enough respect for its skiing opportunities — both downhill and cross-country. Badger Pass ski area is downright gorgeous, and for the really adventurous, you can take an overnight cross-country ski trip to Glacier Point. Or why not just go snowshoeing and drink in the park’s towering waterfalls and giant blocks of granite? Then, of course, you have to top that off with a beverage at the historic Ahwahnee Hotel.

In winter, visitors typically access Yosemite via Highway 140 through Mariposa, because it’s the lowest elevation route into the park and thus the least likely to be impacted by bad weather. In fact, if you take 140, we recommend staying in Mariposa, if the Yosemite Lodge and the Ahwahnee in Yosemite Valley are booked up. Or if you want to embrace the elements and get a true sense of Yosemite in winter, then why not try some snow camping? We guarantee that the East Bay will feel as if it’s light-years away.

Mua Is Nothing if Not Existential