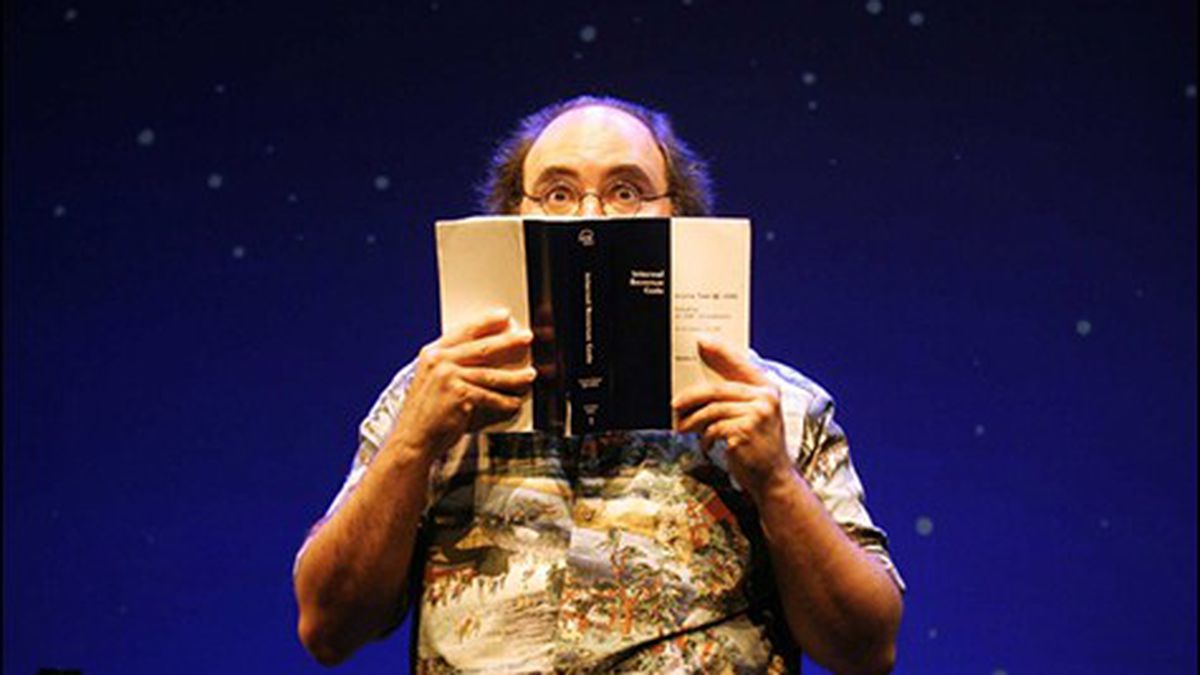 Love in the Time of Taxes

Ten years after monologist Josh Kornbluth debuted his one-man show about his bevy of tax (and romantic) troubles caused by his avoidance of the IRS, he’s taking his tax-paying responsibilities much more seriously. “Sometimes it’s not so easy, but I actually do it and I’m happy to do it,” he said. “I’m even proud of it.”

Kornbluth will once again perform his 2003 hit monologue, Love & Taxes, in anticipation of the forthcoming feature-length film based on the show, which he hopes to release next year. He has several acts in his comic repertoire, but he chose to transform Love & Taxes into a movie partly because of the story’s message. “It’s a pro-tax love story,” he said. Despite the fact that the show was written during George W. Bush’s presidency, Kornbluth believes it still has a lot of political relevance. “We’re coming out of decades of attack on the idea that government can be good,” he said. “It’s been an anti-tax kind of time. Society has become more and more divided by income and it seems like we’re at this really crucial moment. Are we going to come back together?”

Kornbluth will be performing the show at Rhythmix Cultural Works (2513 Blanding Ave., Alameda) on New Year’s Eve. While the tale is partly a madcap comedy, it’s ultimately a story of personal growth and redemption. When he started working after college, Kornbluth initially dutifully filed his taxes. But someone’s suggestion that he try itemizing “blew a gasket” in his mind, and for the next seven years he managed to avoid the task. “It was just difficult to figure out how to do it, so I stopped,” he said. “And then nothing happened, so I kept not doing it.”

But upon finding out that his girlfriend was expecting their child, Kornbluth faced pressure to finally file his taxes. “She wouldn’t marry me until I solved my horrible tax problem,” he said. “I had a nine-month ticking clock.”

Having been raised by parents who were strongly against bureaucracy, Kornbluth struggled with the decision. “As a person who lived very comfortably on the fringes, it was difficult for me to want to enter the system,” he said. “It challenged my whole sense of self.” However, his desire to form a family forced him to shift his thinking. “My character actually discovers that he has to change his perception of what his role is and who he is,” said Kornbluth. “The idea of what taxes do and what they make possible, it’s his responsibility to be part of that.”

The Roundup: Life in Prison for Hash and Grinders