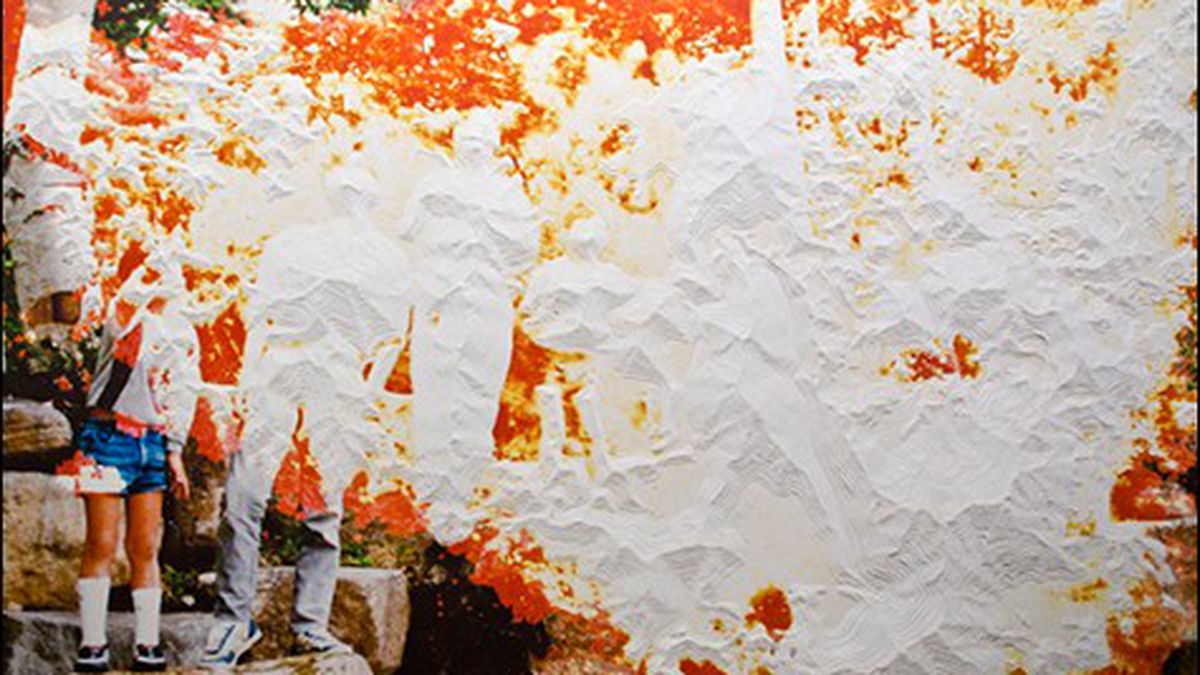 Mayumi Hamanaka’s most recent project, Invisible Lands, is a window into a world of memories that don’t belong to her. Working with photographs that were found in the rubble of the 2011 Tohoku earthquake and tsunami in East Japan, she layers them with her own abstract meaning, reimagining the past in a personal way.

In her artist’s statement, Hamanaka articulates an understanding of mementos as artifacts in a kind of archeological site that collectively constitute a poetic biography. But only the owner of the artifacts can mine the site in a meaningful way. After the disaster in Japan, Hamanaka was provoked by the idea of so many memory markers being left without context among the remains. After looking at about 1,000 photos from the Lost & Found Project, whose participants worked to exhibit lost photographs they uncovered after the disaster, Hamanaka chose a handful to artistically re-contextualize.

Her re-authored versions are now on view at Johansson Projects (2300 Telegraph Ave., Oakland) as part of the show Temporal Void. In reinterpreting the photographs, Hamanaka enlarged them and added her own texture by precisely applying layers of intricate paper cutouts. Built up, they form a mostly white surface reminiscent of a 3D topographical map that fogs the figures presented. It appears almost as if the residue of the traumatic wrecking remains caked on the photographs, distorting their significance. The result is a visual landscape that simultaneously invites you in and denies you entry — like something that you vaguely remember, yet can’t quite recall.

Alongside Hamanaka’s work are landscapes by Brooks Salzwedel that offer a similarly foggy feel, but with a sleek veneer. Salzwedel constructs romantic environments by layering graphite and charcoal drawings on Mylar to create incredible depth of field. After building a soft, misty atmosphere, he seals it all together with a shiny coat of resin — like putting it behind a window.

Salzwedel contemplates the notion of “natural” by depicting intersections of natural and industrial grandeur. Almost all of his displayed works feature snow-capped mountains, offering a dreamy element of timelessness. In “Bones of the Mountain,” Salzwedel depicts a snowy mountain range washed in gentle hues of pink and blue spotted with a broken, monolithic human skeleton. The composition whimsically contrasts the permanence of mountains with fleeting human mortality.

Both Hamanaka and Salzwedel’s works seem concerned with the way in which certain realms of existence can display such resilience despite being so fragile. Temporal Void draws the viewer into the unfamiliar yet spectacular visual space of that emotional contradiction.