Limited English speakers currently have few options when attempting to enroll in Covered California — the state’s version of Obamacare. 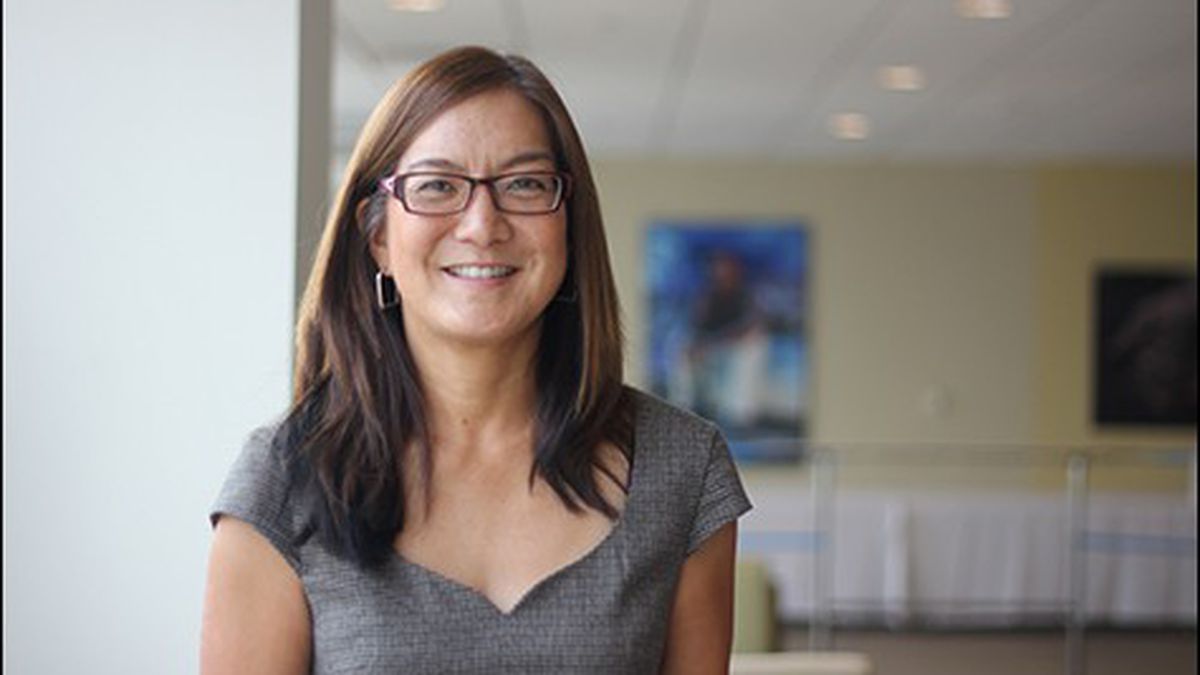 With clear skin and a neat ponytail, Leann Truong looks young and healthy. But the owner of Leann’s Nails in Alameda said health care is one of her main worries. Truong landed in the emergency room last year after fainting at work. She discovered she had kidney stones and underwent emergency surgery. Although she had health insurance, it did not cover visits to specialists. She ended up with a $3,000 bill.

Truong is currently uninsured and is one of 2.6 million Californians who may be eligible for financial assistance beginning January 1 to buy health coverage through Covered California, the state’s version of the Affordable Care Act, also known as Obamacare. The enrollment period began October 1 and ends March 31. The hope is that millions of Americans will sign up in the coming months.

Since it launched, however, the federal Obamacare website has been plagued with numerous problems. And while the Covered California site has worked more smoothly than its federal counterpart, the new health insurance exchanges and the many options they provide have proven to be confusing for some state residents. And those problems are compounded for limited English speakers.

Truong hopes to purchase a plan for herself and possibly for the rest of her family that would provide more comprehensive coverage than her previous insurance policy, which cost $600 a month and covered herself and her two children. And though she speaks English, she said she would prefer to enroll with the help of a counselor at Oakland Chinatown-based Asian Health Services. “It’s not as easy to understand as people think,” Truong said about finding the right plan through Covered California.

But there are currently not enough state-certified enrollment counselors to help people sign up in person. It’s a little-noticed problem throughout California. As of November 1, only thirty people in Alameda County had been certified by the state to help people enroll, including three from Asian Health Services, according to a database on the Covered California website. Twenty more from Asian Health Services are in the process of getting certified. Alameda County, meanwhile, has an estimated 100,000 residents who are eligible for subsidized coverage. In total, more than 4,213 individuals in the state were still in the process of becoming certified counselors as of October 26, according to data from Covered California.

That means people who need or want a brick-and-mortar place to go to for enrollment help are mostly out of luck — at least for the time being. Becoming certified requires training and a full background check. And because of the expected demand for service from California residents, the state is still taking applications for people who want to become enrollment counselors. Each successful application (per family) earns enrollment counselors or organizations $58.

Roy Kennedy, a Covered California spokesman, said the state is confident it will be able to meet the needs of limited-English speakers who need help enrolling. “People who speak languages other than English are continuing to be certified everyday,” he said. “We’re confident that the amount of non-English-speaking certified enrollment counselors is sufficient to handle the need.”

But Truong’s sentiment is echoed by other immigrants who are eligible to sign up. (Under the law, undocumented immigrants are not eligible for Obamacare.) Many say using the website or phone to enroll is not appealing, though Covered California has phone interpreters available to speak in more than two hundred languages. An August study by the health advocacy group Asian & Pacific Islander American Health Forum, headquartered in San Francisco, showed that the majority of first-generation-immigrant (people who immigrated to the US as an adult) small business employers in California did not find the website a useful medium to sign up for health insurance. The reasons? Unfamiliarity with computers and needing language assistance. “The website would not have human interface and would not be able to explain complicated information to them,” the report stated. The state currently has fact sheets translated in just thirteen languages, and paper applications only in English (the online application is in Spanish and English).

A lot is at stake. Among the estimated 390,000 Bay Area residents eligible for subsidized insurance through Covered California, 155,000 speak limited English and may need in-person assistance. A joint study of the California Pan-Ethnic Health Network, the UC Berkeley Labor Center, and the UCLA Labor Center estimated that about 110,000 people in California would not enroll due to language barriers if there were no targeted, multilingual outreach.

The state seems to have paid attention to such research. About $40 million has been doled out to organizations in California, in large part to reach immigrant populations. Many local organizations have been pounding the pavement, going from nail salons to church pews for outreach. About 40 percent of Californians — and East Bay residents — who are eligible for subsidized coverage under Obamacare speak limited English, according to Jacobs.

“The Affordable Care Act is doing a lot of marketing outreach,” said Yeri Shon, program coordinator of the Community Health Access Program at the Korean Community Center of the East Bay, a nonprofit based in Oakland that received grant money to do outreach and education. “I think we all knew it wasn’t going to reach the limited English proficient or the underserved communities. The approach is basically to meet them where they are.” Shon’s organization has primarily focused on reaching audiences at Korean churches. Across the state, community workers are going to places such as nail salons, farmers’ markets, block parties, colleges, ESL and adult schools, and churches and mosques, according to Covered California.

The East Bay Agency for Children (EBAC), based in Oakland, is one of several East Bay organizations doing outreach to ensure that those who speak limited English know about their new health-care options. Its staff members have attended health fairs and reached out to parent groups at schools, among other places.

But educating people about the Affordable Care Act may take many steps, according to Julie West, development director at EBAC, whose staffers speak a combined twelve languages, including Farsi and Mam. “For many people, we’re finding it’s going to take people several times to contact them to actually get them to go through the enrollment process,” West said. As of last Friday, twenty EBAC staff members were in the process of becoming certified.

For Shon, her strategy was to reach out to the Korean church network. About 75 percent of Korean Americans identify as Christian, she said, and there are about two hundred to three hundred Korean churches spread throughout the Bay Area. She and other staff members have been presenting to congregations using a Powerpoint presentation in Korean.

Korean Americans have one of the highest uninsured rates among Asian groups at about 22 percent, according to the Asian & Pacific Islander American Health Forum. Many are small-business owners or work in small businesses, which means they have to buy their own insurance or go without. “From what I’ve gathered, a lot of self-employed individuals and families do not have insurance because they just can’t afford it,” Shon said.

Shon said she and two other staff members recently completed their training to enroll people, but are now waiting for a full background check. Fingerprinting clearance could take two weeks or more, Shon said. “Technically, we’ve finished the training and got a certificate saying we can do enrollment, but because of the background checks, we haven’t gotten our final badge saying we can actually enroll people now. We’re kind of stuck at that last stage.”

Others say there’s been a lack of information for the area’s most needy populations. “I don’t think the refugee populations are aware of what is going on,” said Zar Ni Maung, co-founder of the Oakland-based Burma Refugee Family Network. Maung said in a follow-up interview late last week that they have found someone to do a community workshop about the Affordable Care Act, which they hope will take place this month.

Burmese refugees have been some of the poorest populations in the East Bay in recent years, but things have been looking up, according to Maung. “Now, people are getting jobs,” Maung said, adding that many Burmese refugees have found work at places such as restaurants. “Income stability is getting better, but [they are] still not fully self-sufficient.”

Despite the many problems with the federal Obamacare website, about 180,000 state residents started applications for Covered California during the first four weeks of signups. The state plans to release actual insurance enrollment numbers on November 14. The state also collects language and ethnicity data through the call center and applications — but a Covered California spokesperson said they do not release that information.

A slow ramp up, particularly to reach limited English speakers, seems to be the goal. “We kind of see this as a six-month marathon and not a sprint,” said Dong Suh, associate director at Asian Health Services, about getting people to enroll. In fact, it will go beyond six months — the grant money to organizations doing outreach, including those who need language assistance, lasts through December of next year, after the first year of open enrollment.

Though rollout has been slow, things seem to be improving. Covered California recently created video ads in different languages, including Chinese, Vietnamese, Korean, and Tagalog. And for folks who want to enroll, there is still some time — December 15 is the deadline to enroll to receive coverage by January 1.

Despite the early setbacks, the payoff could be huge. “I know Covered California is making changes to their certified enrollment entity and counselor process to streamline that,” said Ellen Wu, executive director of Oakland-based California Pan-Ethnic Health Network. “I think it’s great that organizations that service communities of color are a part of that. Once the pipeline gets freed up, hopefully we’ll start seeing a lot of movement.”

Next ArticleMid-Week Menu: Off the Grid Eyes Return to North Berkeley, Osmanthus Opens in Rockridge, and Two Korean Restaurants in Temescal Get Revamped