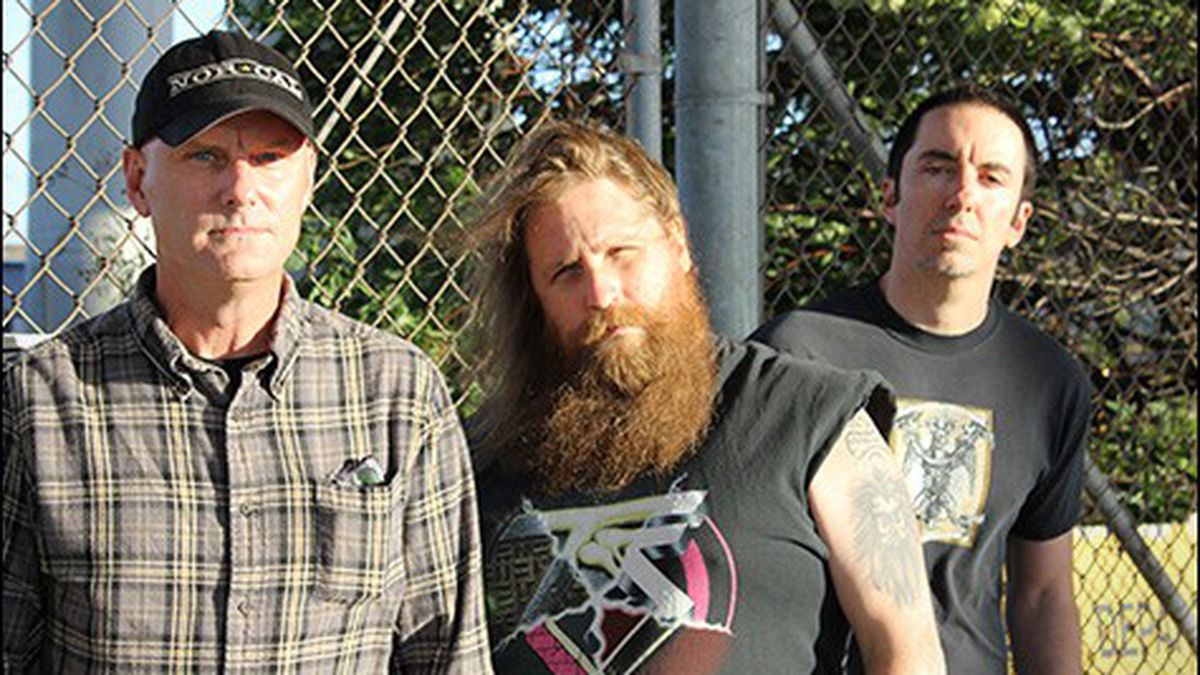 Chris Spencer discusses the revival of The Cutthroats 9, the founding of his new record label, Lamb Unlimited, and the uncertain future of Unsane.

When Chris Spencer suggests meeting in San Francisco’s Mission District for our interview, and asks where, exactly, I’d like to meet, the decision feels symbolic. This is a guy who made his career by channeling the intensity of living in New York City — not the New York City of fancy condos and urban beautification projects, but the New York City of neighborhood butcher shops and decrepit warehouses, a place where, he recalled later, he’d look out his window to see a rat frantically trying to grab a scrap of food off the street without getting stomped on.

With his influential noise-rock/post-hardcore band Unsane (which was founded in 1988 and scored a minor MTV hit with the single “Scrape”), Spencer was, in some ways, like that rat trying to survive in an unforgiving metropolis. Spencer now lives in the Bay Area (he splits his time between Pope Valley, in northern Napa County, and San Francisco) — a place that’s drawn endless comparisons to New York in terms of its rapid gentrification. It’s pretty obvious which version of city life he prefers, even with all its strife. When I suggest meeting at either the hipster mecca of Four Barrel Coffee or the homeless-and-everyone-else crowd of Muddy Waters, he chose the latter. In the end, however, he opted for the dive bar Delirium, where I found him on a recent Friday afternoon drinking a Corona.

For all the neck-vein-bulging anger that swells up inside of him through Unsane, Spencer is an affable fellow in person — not that he doesn’t still have that cynical New York edge to him. He talked excitedly, jumping from topic to topic, barely finishing one thought before moving on to the next. (He later admitted he had drunk too much coffee that day, hence the decision to meet at the bar.) Still, it appears the past two years spent living in Northern California have begun to rub off on him, as evidenced by the revival of his side project, The Cutthroats 9, which he started in 2000 with drummer Will Carroll (who also plays in Death Angel and Hammers of Misfortune), the last time he was living in San Francisco. In Cutthroats, which also features bassist Tony Baumeister (of Los Angeles band Aeges), Spencer explores the bluesier tendencies he’s given glimpses of in Unsane. The band’s forthcoming new album, Dissent, takes the dissonant, minor-key approach to slide guitar and harmonica and incorporates it into a sound that’s absolutely punishing.

“With Unsane, I use a lot of different chord stuff that would be hard to do with slide tuning,” Spencer explained, referring to the open guitar tuning that slide guitarists use. “You could but it would be a little iffy, ’cause you’re already kind of dissonant — that would make it extremely dissonant. So not being able to do that so much [with Unsane], with this new record I was like, man, I just want to have fun. I want to really enjoy what I’m doing, play slide, tear it up.”

Although Spencer is associated with New York (he grew up in Rochester), he’s definitely got a bit of country in him. He learned to play slide guitar at age seven from “a bunch of crazy hippies.” His mom, whose family hails from East Texas (“swamp land,” Spencer noted), played in a bluegrass band. He picked up a gun around the same age he picked up the guitar. His Texan grandmother taught him to hunt alligator and nutria (a large river rodent).

Spencer said that while he loves playing harmonica, he has to “keep it on the DL.” (That’s “down-low.”) Does this mean he harbors secret desires to be in a blues band? Not exactly. “I really like what I do — I always have,” he said. “I like being different, having a different style. … I didn’t write [music] to charm a girl or get a show or sell records. I just did it because that’s what I like to hear. It’s very selfish; I understand that. At the same time, there are a lot of people who just write music because they want to be rock stars, which to me just seems pitiful. You should be expressing yourself — that’s the whole point.”

As its title suggests, Dissent isn’t short on angst. Spencer said the lyrics are mostly about social ills — “where the world is going and how we’re choking the planet” — but there’s also a subtle looseness to the album — not that the playing isn’t tight. That’s partially due to the slide guitar and the fluid, bending notes produced. The seven songs go by in a flash (at less than thirty minutes long, Dissent is somewhere between an EP and LP), propelled by sludgy riffs, big breakdowns, and Spencer’s howling wail.

Spencer said the record came together fairly quickly. The band wrote the bulk of the songs in about six or eight months. It was recorded mostly live to tape at Tim Green’s Louder Studios in Grass Valley over the course of a few days.

The new album doesn’t just mark a return of The Cutthroats 9; it’s also the first release of Spencer’s new vinyl-only record label, Lamb Unlimited, which he started with Alan Schneider, who used to run No More Records and works at Dave’s Record Shop in Berkeley. With Lamb Unlimited, Spencer hopes to be the label he would’ve wanted to sign with when he was first starting out: “just a good label with cool people where everything gets done.” It’s telling that the label is named after the New York City meat wholesaler where Spencer used to procure blood for many of Unsane’s album covers, which was converted into boutiques.

Gentrification is an issue Spencer can’t seem to get away from. He left San Francisco to move back to New York when the first dot-com bubble burst, and is back in the area amid a new wave of tech money. “I saw the streets go from snooty to crackheads. I was kind of impressed by that,” he recalled. And now? “A lot of this tech stuff, it’s cool, people are making money, but they destroy a lot of the character of the city because a lot of the artists who need places to not be expensive are not able to live there.”

Spencer said he won’t move back to New York, and Unsane’s future is uncertain. The band is taking a break now that drummer Vinnie Signorelli lives in Mexico and bassist Dave Curran is busy as tour manager for the Melvins and Buzz Osborne’s solo project, and, as dear as the band is to his heart, he can’t imagine carrying on with different members. “Cutthroats is really fun,” Spencer said, adding that now he has a label through which to release his and his friends’ music (he’s also planning to reissue early Unsane albums). “For me, I’d rather do new stuff than dwell on the old shit.”

Lil Brother is Watching You