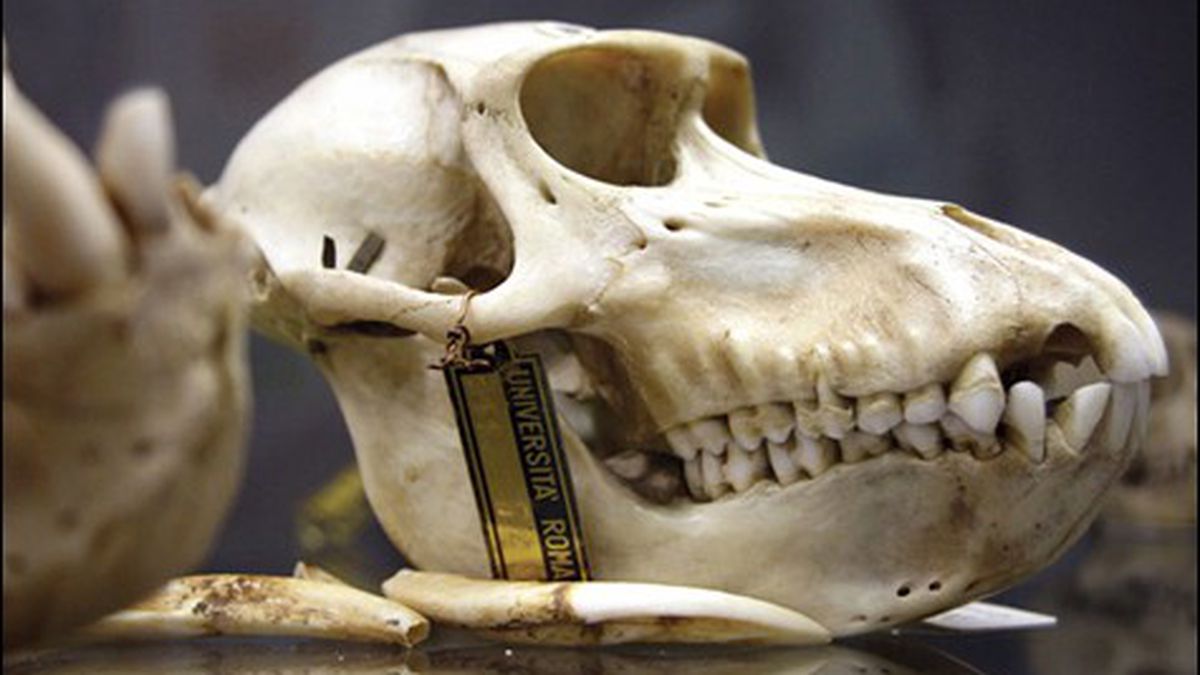 Looking in All the Right Places

Adrian Van Allen and Elizabeth Williams find their muses in the museum and on the street.

The idea of the Wunderkammer, or cabinet of marvels, has haunted installation art in recent years for good reason: A number of disparate objects presented as relics from some imaginary museum or culture (sometimes our own) allow us different — and even ironic — perspectives on art, science, and history. Two years ago, in Naturia Historia, Adrian Van Allen, an artist, scientist, and designer of displays and websites, showed a series of taxonomic prints of imaginary animals. In Zoologia she finds inspiration in the taxidermy specimens as well as the display paraphernalia — hand-inked specimen tags, formaldehyde bottles, and specimen cabinets (armadio del campione) — of natural science museums in Roma, Bologna, and Florence. Her medium-size color photographs preserve not only the appearance of insects, falcons, ducks, horses, tapirs, antelopes, chameleons, tortoises, monkeys, crocodiles, and porcupines, but also the museological structures in which they’re displayed — and, by extension, the mental constructs by which we designer primates organize the natural world. The gallery press release states, “She considers her art projects to be collaborations with dead natural philosophers, and her anthropology work as the observation and analysis of living scientists.” Don’t miss the photo of horses’ teeth, eerily suggestive of mutilated paws giving a Nazi salute, or the Empathy Portraits of various mammals. Zoologia runs through October 9 at Compound Gallery (1167 65th St., Oakland). 510-601-1702 or TheCompoundGallery.com.

Elizabeth Williams seeks her photographic prey — juxtapositions of urban imagery, architecture, infrastructure, and denizens — on the streets of Barcelona, Berkeley, Izmir, London, Los Angeles, New York, and San Francisco. There is certainly a documentary dimension to Williams’ work, but the idea of heterogeneous elements — “visual ambiguities, anomalies, or non sequiturs” — coalescing into formal arrangements combining beauty and humor predominates. The Pop elements of the commercial landscape undergo Surrealist metamorphosis; printed images and signage, reflections, windows, doorways, and walls interact; figure and ground, perfectly counterbalanced, are ambiguous and ever-shifting. In one photo, the distant New York skyline that we view through a fence gap turns out to be a frayed poster. In another, a deep-perspective street scene oscillates between photographic reality and painted illusion while its three muralists blend into a painted group of life-size strollers. The painted hand in a Berkeley mural warns green-lighted pedestrians against crossing while an adjacent poster portrays a figure gripped by a giant hand. Reinterpreting Reality runs through September 24 at Slate Contemporary (4770 Telegraph Ave., Oakland) and October 1-15 at the gallery’s new location, 473 25th St., Oakland. Reception and artist’s talk at new location on October 8, 1 p.m. 510-652-4085 or SlateContemporary.com

Where to Get Munchies After Midnight in the East Bay