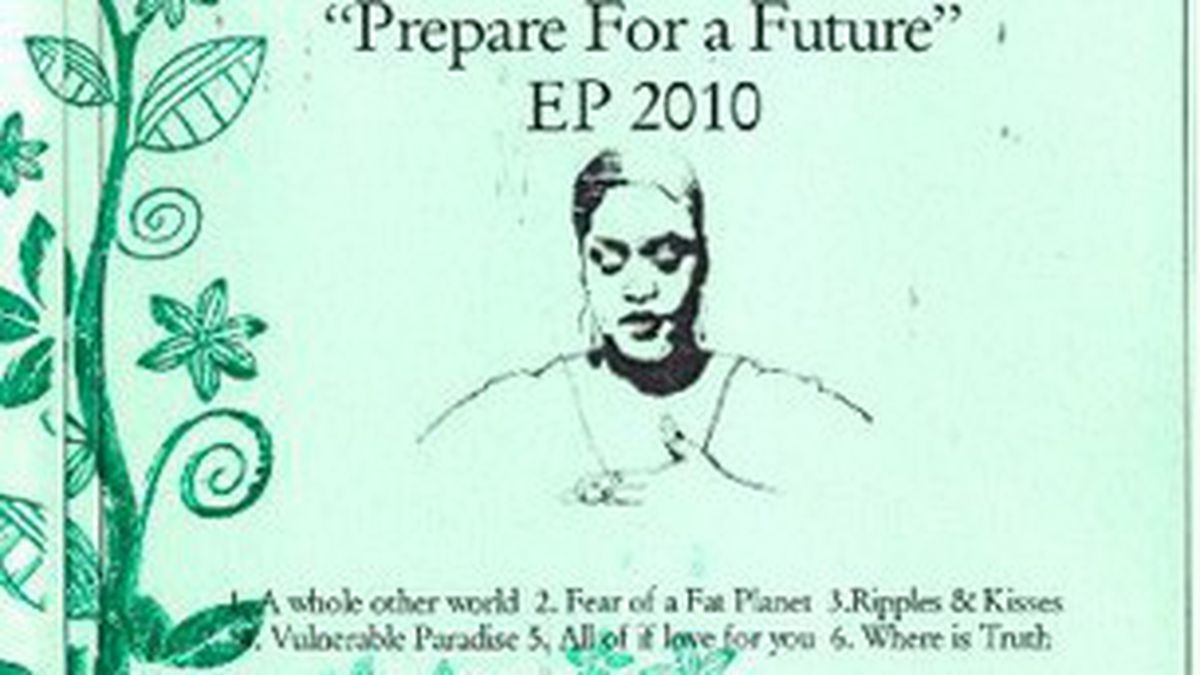 This week we review Valerie Troutt, The Thrill of It All, Evon, and Jonathan Meek.

Valerie Troutt, Prepare for a Future. You can tell from listening to Valerie Troutt‘s intonation that she spent the early part of her career studying the music of Diane Reeves. It’s apparent in all those sultry “oooohs” and “aaaahs;” the “heart” that comes out as “haaaht.” By now, Troutt has her own inimitable style. Sleek jazz and gospel harmonies, deep-felt love songs, lyrics with a violence to them. A lovely, startling EP. (self-released)

The Thrill of It All, Four Songs About Faces. Glam, surf rock, and metal converge on this EP by a band that owes more to the personality of singer Felix Bergman than to his compositional ideas. He seems to prefer heavy fuzz and echo over comprehensibility. That’s a fine artistic impulse, except when the guitars blur out his voice, which is clearly The Thrill’s best musical asset. (self-released)

Evon, The Bees Are Coming. Agnes Szelag‘s voice is the first of many surprises on this ambient, experimental album. It emerges on the second track, high and pellucid, bobbling over a soft vibraphone. The young composer harnessed several talents for slow, textured, and droney album that reflects her sonic curiosity. Comprising ten tracks, it’s actually one continuous song, with bursts of beauty on “Comic Book Cells,” “Love Is Wild,” and “Bees Knees.” (Aphonia)

Jonathan Meek & The Mutes, In Her Yard. Nothing like a sweet-voiced, yearning, singer-songwriter who hates consonance. Jonathan Meek plays most of the instruments on this surprisingly busy album, aided by The Mutes (drummer Jeremy Taylor and engineer Mike Mittelstedt, who plays guitar in Meek’s live show). Still, Meek creates the illusion of a much larger band. “Our Home” is his sparest and prettiest track. (self-released)