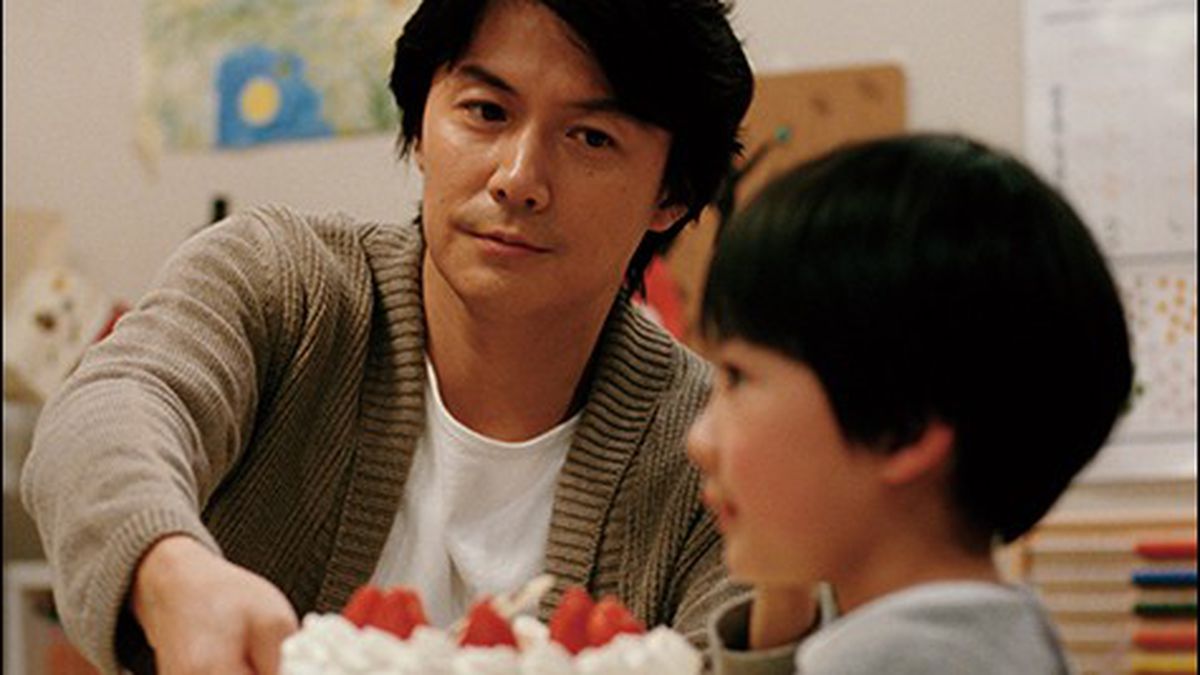 Hirokazu Kore-Eda is the poet of contemporary Japanese everyday life, at the frustrated-aspirational end of the scale. The 51-year-old writer-director’s filmography is filled with subtle — and a few not-so-subtle — investigations of characters for whom things are not quite working out as expected. His most memorable dramas always seem to be built around families: Maborosi (a wife deals with her husband’s suicide); After Life (departed souls remember their loved ones); I Wish (a pair of brothers are separated but try to reconnect); Still Walking (a poignant visit to grandparents in the countryside); and the heartbreaking Nobody Knows, in which four young Tokyo kids are abandoned by their mother.

Like Father, Like Son fits the profile. It’s a tale of two very different families who learn that, ultimately, the most extreme differences can turn out to be illusions — a point of view that comes with the news that their respective sons, now both six years old, were switched at birth at the hospital. For fans of the “nature versus nurture” debate, it’s like walking into a candy store.

Ryota Nonomiya (played by Masaharu Fukuyama) is a successful, driven, humorless architect with no patience for anything less than maximum effort. He and his obedient wife Midori (Machiko Ono) live in a sleek luxury apartment with their son Keita (Keita Ninomiya, almost the same name as his character). Young Keita lives a scheduled, task-oriented life, but somehow his progress in his piano studies does not meet his father’s expectations. In fact, Ryota generally behaves like a snobbish yuppie prick to his wife and son, and everybody else. He’s the sort of man who would say “Why do I have to put up with that kind of talk from a shopkeeper?”

The shopkeeper in question is Yudai Saiki (Rirî Furankî, aka Lily Franky), the amiably discombobulated owner of a small appliance store, who in reality is Keita’s long-lost biological dad. The birth son of Ryota, meanwhile, is a boy named Ryusei (Shôgen Hwang), who lives above the shop with his “dad” Yudai, his “mom” Yukari (Yokô Maki), and two siblings. So while the true son of the shopkeeper is struggling to satisfy his adopted father’s vain ambitions, the true son of the architect lives a life of games and hugs with his whimsical “parents,” taking baths together and following Yudai’s guiding principle: “Put off until tomorrow everything you can.”

It’s easy to see that Ryusei, the true son of the architect, caught a break when he mistakenly got sent to Yudai’s cozy, cluttered little nest, and that, conversely, Keita got sentenced to a dream house prison camp. Ryota the architect at first pushes for custody of both boys, but as the families swap sons on weekends and the little, telling details of personality start to emerge, realizations begin to dawn on all concerned. Every single actor, down to the Saikis’ toddlers, contributes to the mosaic. Turns out there’s plenty enough love to go around.