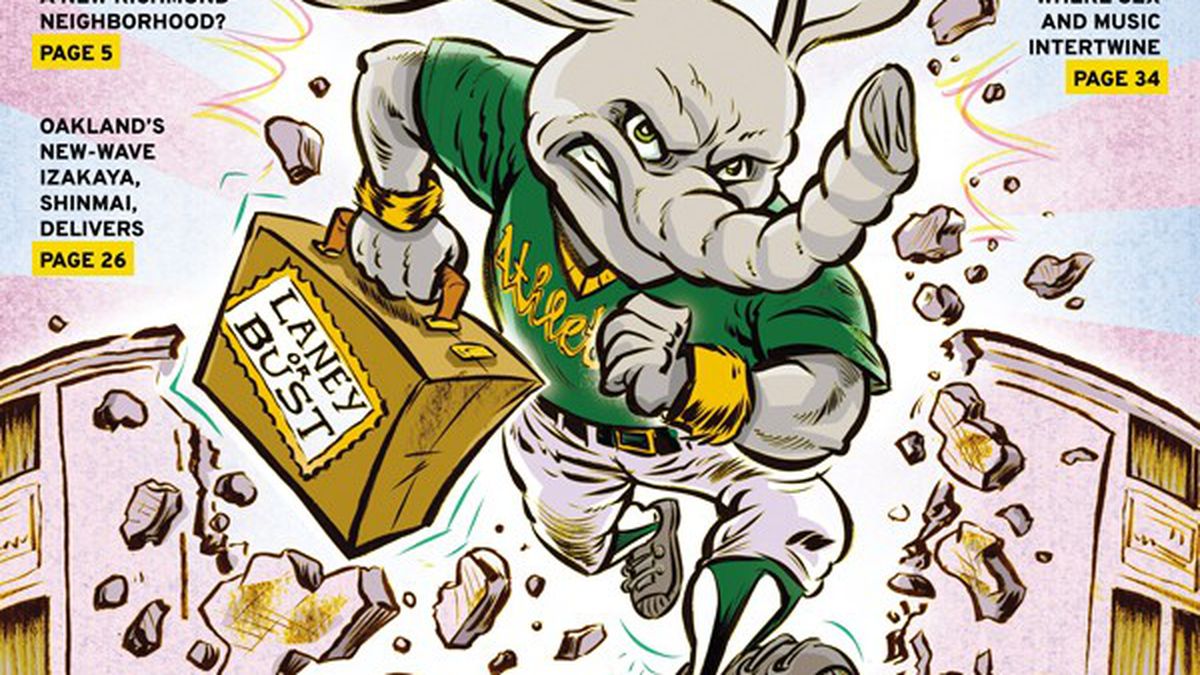 Letters of the Week: Our Readers Chime in on the Impact of Building the A’s Stadium at the Peralta Site

How is the site at 5th Avenue and East 8th Street “near downtown?” Are fans really going to walk a half mile to Chinatown or a mile to Broadway or ride AC Transit? Jack London Square is closer to Oakland’s mythical “downtown” than the tiny lot next to the channel that connects Lake Merritt to the estuary.

That the Athletics owners would prioritize pleasing investors over the quality of life of Eastlake residents puts the lie to their claim to be “rooted in Oakland.” They can stay rooted at the Coliseum and invest in helping deep east Oakland.

It Will Choke Laney to Death

Every study by non-partisan economists finds that stadiums are a cost to the population. This site is particularly offensive because it will slowly choke Laney College to death and because it will make travel from the east into downtown Oakland more difficult.

Build it now. As your neighbor, I approve!

Neighborhood residents and students should come before fans. I work in the Coliseum neighborhood, which sorely needs investment. Sports games currently bring nothing to that neighborhood other than traffic. I can’t understand why Oakland should support building over a vibrant neighborhood and community college instead of redeveloping near current stadiums.

This exercise will demonstrate to Major League Baseball that the A’s should be allowed to build a ballpark in the South Bay.

Oakland is contaminated with thousands of little one-hipster-and-a-dog advocacy groups that are all uniformly dedicated to preventing anyone from having a good time. After a couple dozen open mic city council meetings where these narcissists whine about climate change, Nelson Mandela, Trump’s tax plan, and organic vegetables, the owners will lift the South Bay ban.

Traffic Mess for Alamedans As Well

It’so a terrible location not just for Oaklanders near the site but for Alamedans as well. If Alameda doesn’t build a second bridge or tunnel, or a new on-ramp to I-880 from the Webster Tube to address the traffic mess this is going to create, it’s time to vote out every single councilmember and get a new mayor.

Don’t be fooled. A’s President Dave Kaval isn’t calling the shots with the A’s, the owner is. What you’re seeing is window dressing. They have to build up a record to prove to MLB that they tried really hard.

Then when it all falls through, they’ll have MLB backed into a corner. I would love to see the A’s stay, but that has never been what the owner wants. If he really wanted the A’s to stay, he’d put some money into the team so it could win a few games. Moneyball be damned.

I don’t know why they have public hearings. They hold them, nod their heads, and then go do what they want anyway. Money talks, not the quality of lives of the people who live here.

This is the dumbest place to put the new stadium. Having used to work in this particular area of Oakland, I can tell you there is no way they can make room for the additional traffic and parking the games will cause/require. The influx of these things will destroy this already congested area, as well as adversely impact Laney College as this article describes.

I want to be receptive to criticisms, but everything you guys put out seems to be just some persons thought that it will be bad without any real reasoning. The same trains that stop at Lake Merritt also stop at the Coliseum, so it shouldn’t be much difference in crowded trains compared to how it already is now.

Oakland needs Laney College a lot more than it needs the A’s.

The Lake Is More Important

Really a good article. If the A’s leave, I would rather have a minor league team that does not blackmail a small city so suburbanites can have their fun at our expense.

I think Lake Merritt is the most vital jewel in this town and far more valuable than any of these franchises to the health of the city. We passed a big measure to restore it, and look at all the good things we have had happening there since. Thanks, Mr. Gammon, for this one.

These activists are never concerned with the trash, weeds, and graffiti until someone comes along and proposes making improvements and cleaning things up. Then all of a sudden, the activists come out of the woodwork.

The birds are so important to Lake Merritt and Oakland. There are so many reasons to oppose the Laney College location. Birds are just one.

Give Me a Break

So, the birds who stop by a man-made lake and fly to an estuary next to I-880, a major multi-lane interstate that sees heavy traffic pretty much all day with the noise and pollution associated with it, will be endangered by a baseball stadium?

I really hate the noise, and the impact of their excessively loud fireworks shows will be very disruptive to the birdlife, as well as numerous people who live by the lake.

Greed Will Be Our Demise

Greed and disrespect for the environment will eventually be our demise. I grew up loving the A’s … That is fading fast these days. #OaklandBeforeSports

The plan is to make money from real estate and business opportunities. Who lives there matters little to the people exchanging assets.

Eastlake residents and business owners should make sure that the media and the people in City Hall do not let Carl Chan, the so-called unofficial mayor of Chinatown, speak for them. Chan has only one objective and that has always been to make money for the property owners and businesses in Chinatown. He is a longtime political operative depended upon to bring Chinatown into the fold for generally whatever City Hall wants to push forward.

The Eastlake community is composed of newer American immigrants from Laos, Vietnam, Burma, and Cambodia. Their languages, cultures, and economic interests are not the same.

The Eastlake community was successful two years ago in fighting the mayor and City Hall on the proposed high-rise on East 12th Street. They need to mobilize some of the same leadership to represent them in this ballpark issue. Do not let the economic interests of Chinatown drive the discussion of what is best for Eastlake.

Stay at the Coliseum

The A’s should just stay at the Coliseum. There is no reason to move other than to pour more money into millionaires’ pockets at the expense of everyone, including the misguided, willingly uninformed A’s fans who support this illogical project.