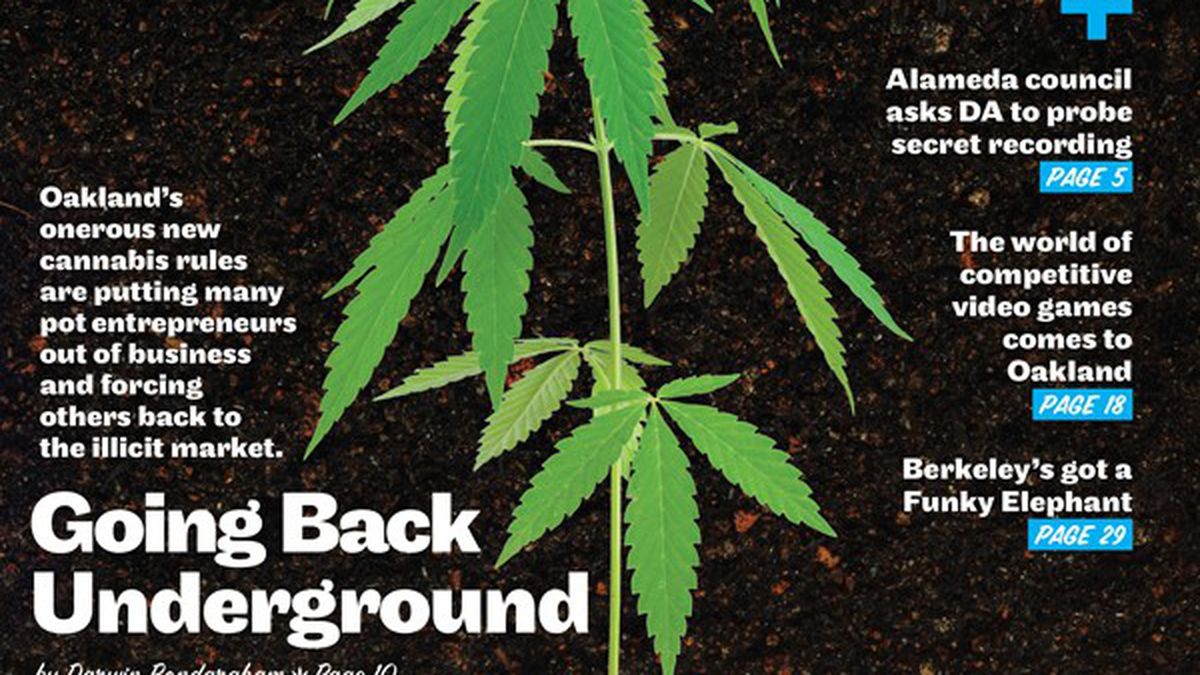 It seems like Oakland wants to become the “Silicon Valley” of cannabis. Shut out the small folks and let the prominent people who can spend significant dollars take up residence in the green areas.

Thank you, Native Plant Society — and thanks also to Mr. Martin Bern. These live oaks are an extraordinary pleasure. They add beauty and fresh air to the neighborhood, and as the article points out, they’re also an important habitat for local birds.


“With Community Foods Market, West Oakland Gets a New Grocery Store,” What The Fork, 4/20

It is great that one is finally going in. Too bad they only chose to go in once the new white gentrification folks moved in.

I feel they should reallocate the millions of dollars in franchise fees they charge us on our garbage bills and prioritize spending on illegal dumping.

I can’t speak for other areas of the flats, but this was an endemic problem when I lived in West Oakland in 2015 and I assume it still is.

This goes all the way back, if not further, to the construction of I-980 carving up Ghosttown and making it easier to disinvest and neglect that community, now distinct from Pill Hill. We drive on freeways everyday without stopping to consider the legacy of racism that engineered them.

Invest in Improving the Community

This article was a nice reminder of East Bay communities enforcing sanctuary. As I paid my taxes this week, I couldn’t help but think about how our state and local taxes can invest in improving health for all people — through affordable housing, high-quality education, and other services — rather than funding city contractors and law enforcement agencies to track, detain, and deport members of our community.

Taxes are how we come together and invest in what we need for strong healthy communities. By building an inclusive society, we can improve everyone’s health and ability to thrive. The public health data are clear: we all do better when we all do better.

As a public health organizer, I see the direct impacts that the criminalization of immigrant communities has on health. For example, when undocumented immigrants and their families fear being stopped by ICE, they go to the doctor less, use parks less, and don’t report crimes and domestic violence.

By banning companies that collaborate with ICE to terrorize immigrant communities from receiving public funds, the Bay Area can set an example for the rest of the country that we can invest our tax dollars into nurturing healthy communities.

In our April 18 news story, “A Toxic Mess,” we erroneously reported that Danny Haber’s company has been dismissed as a defendant in a consolidated lawsuit filed by former tenants of 1919 Market St. In fact, only one of Haber’s LLCs has been dismissed in the case.

In our April 18 feature, “Back to the Underground,” we erroneously stated that Alex Zavall is a co-founder of Supernova Women. Zavall was actually an attorney who helped draft a letter from Supernova Women regarding Oakland’s cannabis equity program.

Did Mike Fiers Save the A’s’ Season?