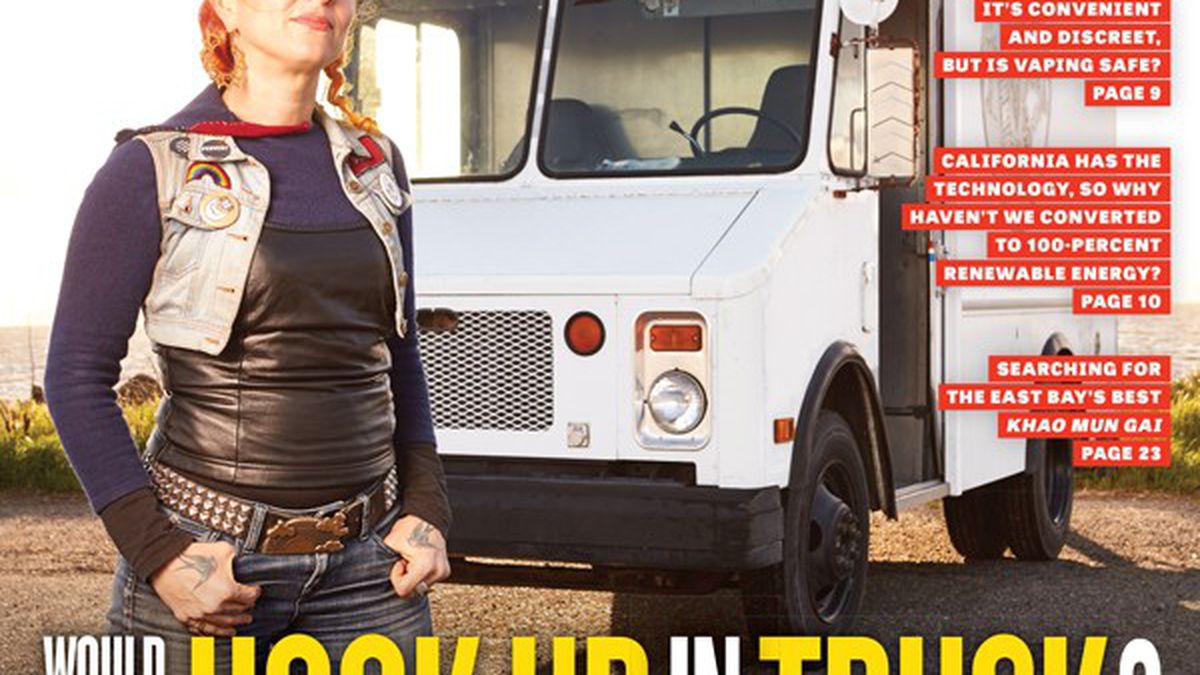 I really enjoyed the article about Spy Emerson’s wonderful hook-up truck. In particular, I loved the juxtaposition of photos: CEO Nick Chaset of East Bay Community Energy [from the feature story, “The Dinosaur That Wouldn’t Die,”] next to Spy, both recommending energetic prudence of sorts.

It’s a sales tax, and while that’s regressive, it seems that for a very small expenditure, it will return a large benefit. Preparing children for a productive life while helping their parents find work will expand our economy, not contract it.

My family will be spending $25,000 next year for a full-time day care center for two young kids, and that’s a good deal around here! We’re lucky to have the means, but it’s a shame that the price of this care has shot up so much in this generation. Someone has to make sure these kids get a chance in life. I’d vote yes.

I am pleased to see the news on Measure A being placed on the June ballot. As a social worker, many of the low-income families I worked with expressed the frustration of having to choose between a job and motherhood. Among these low-income families were new immigrants and they could not afford market-rate childcare, however, a lot of them were able-bodied and had motivation to work. It was not the struggles to make ends meet that made them frustrated; it was the lack of support from society or the government that disappointed them.

Hydrogen Is the Answer

Unfortunately, Ms. Janice Lin did not mention of the best long-term storage for renewables: hydrogen. Hydrogen can be produced by electrolysis from excess electricity and then stored in salt domes for months or years. It can then be used in vehicles or to produce electricity using fuel cells.

A good deal of work is being done on this in northern Germany where most of their renewables come from wind rather than solar. There is a great deal of electricity from wind available in the spring and fall and it needs to be stored until the winter. Batteries are great for hours or days; not so great for weeks or months.

Why do these huge events continue to be run by out-of-state owners? The Oakland Marathon causes bus detours and many Oakland businesses like Fairyland lose a lot of revenue. The Art & Soul Festival is another example of an event that could be placed in a better location that wouldn’t interrupt transportation.

Who decides that Oakland residents suffer from the noise and inconvenience of such events? It certainly doesn’t seem to be the residents.

My wish, hope, prayer is that “no smoking” rules will be applied routinely to marijuana smoking, and that cities will adopt new ordinances that allow property owners to prohibit smoking in rental units and hallways. To a non-user, cannabis has a nasty smell, on top of the dangers of second-hand smoke.

Darwin BondGraham’s excellent article on Alden Global Capital’s pillage of local news organizations should be required reading for anyone who cares about democracy. Thank you for your crucial coverage.

The Rise of the Corporate Democrats

Watch the 580 Get Rebuilt — Very Slowly