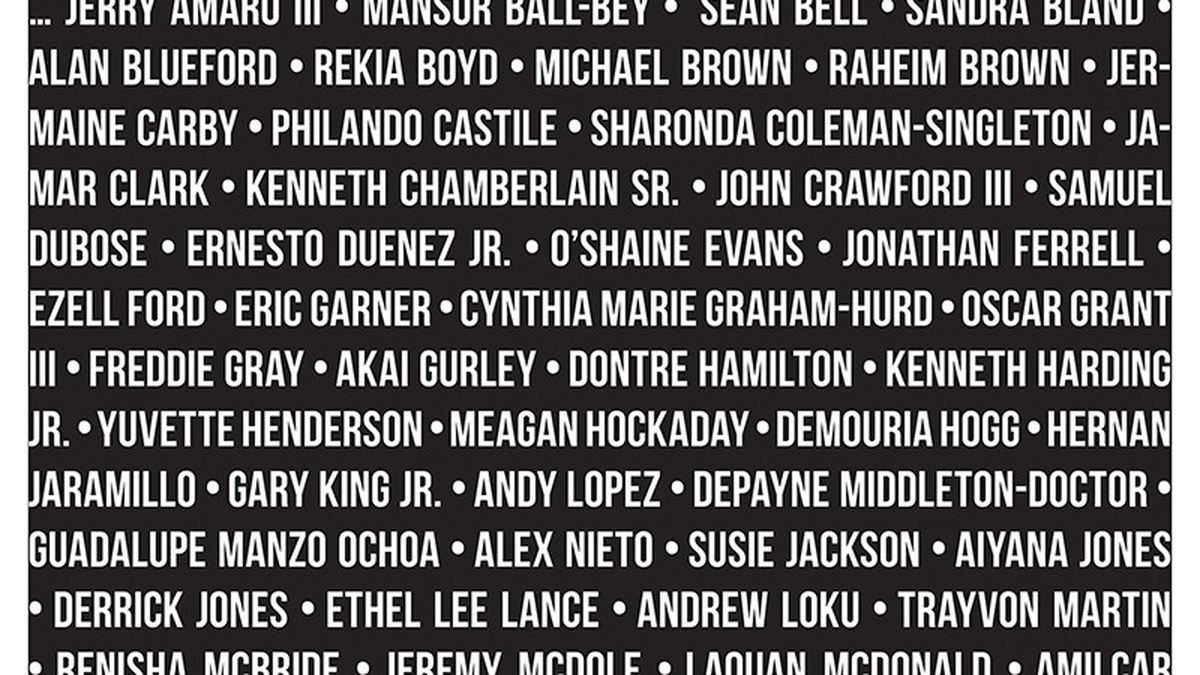 Readers sound off about Black lives and eucalyptus.

“Time for White Americans to be Part of the Solution, Not the Problem,” by Jay Youngdahl, Essay, July 13:

For those Express readers who are not familiar with the concept of “Original Sin,” it is one of the most pernicious doctrines of the faith I was born into, Roman Catholicism. It posits that all human beings are born with a stain on their soul that will condemn them to eternal damnation unless they accept and are baptized into the “One True Faith,” as the Our Holy Mother the Church proclaims herself.

Now that Pope Jay Youngdahl has decreed all “White America” guilty of such a sin, I have a few questions of dogma that I would like to clear up.

My cousin Jackie from Ireland became a U.S. citizen in 1990. I assume at that point, her soul was stained. Now that she has moved back to Ireland, is she still in sin? If she renounces her citizenship, does she receive absolution?

As for the rest of the white sinners, perhaps a “Walk of Shame,” such as the one wicked queen Cersei was forced into on Game of Thrones, would be enough to gain us absolution. The “White Community” can strip down naked and parade up Broadway, while the rest of the populace tosses garbage at us and calls out “Shame!”

Pope Youngdahl, in true “High Sparrow” fashion, can look down and smile at us from his self-righteous perch, high above the fray.

Minorities all over the world are now being awakened. At this moment, I think back to my first visits to Cuba, Central America, and Africa, where you could feel global revolution among the people. That’s why it’s so imperative for people of color to learn history, and to be properly educated on who they are and their legacy of greatness.

I like to compare the Black Lives Matter movement to the Civil Rights movement of the late Fifties and early Sixties. Both movements are equally powerful. And, whenever I would compare their struggles, I’ve always thought the Civil Rights movement was more dangerous, because of the lynching. But now I can sadly say we are still witnessing lynching in 2016 by the same crooked cops.

We’ve been treading in shallow waters and nothing has changed. But there is something special about this generation, and I remain hopeful and optimistic that we will be victorious in our struggles.

“An East Bay Pimp Trafficked Her Daughter. And the Man that She Turned to For Help Exploited Her For Sex.” by Darwin BondGraham and Ali Winston, Feature Story, July 6:

Thank you for reporting on Leneka Pendergrass’ difficult story. She was very brave to stand up for her daughter and for herself, although met with indifference from so many individuals and agencies. I’ve been a supporter of Bay Area Woman Against Rape for many decades, so it is very disappointing to read that they were unwilling to be interviewed with regard to their own actions in this situation. BAWAR has very little to lose by being honest. If they acknowledge that a mistake was made — that they either didn’t give enough supervision, or allowed their employee to have an inappropriate personal relationship with a client — most of us would forgive. But by not publicly addressing the breach of ethical behavior, a stain is now on their reputation as an organization whose primary mission is to help victims of sexual exploitation and sexual violence.

Who is the Victim?

After reading this article, I was left wondering who I should feel sorry for. Is it Leneka Pendergrass, who was taken advantage of? Certainly the young lady who was forced into prostitution is a victim … of poor parenting. Now that she’s pregnant, it leaves me to wonder what sort of parenting skills she learned from her mother, and what will she be able to pass along to her child. Mom’s a victim. She’s a victim. Clearly this new baby will be the next victim. Who is to blame for this lack of personal responsibility?

The timing of this story is unfortunate, and I am afraid it only serves to reinforce the racial divide by perpetuating the stereotype of Black people as helpless victims. The fact that this whole thing began at a public agency doesn’t bode well for social programs, either. Will more social programs alleviate problems like this? Is this story some sort of right wing propaganda? It sure fits the conservative agenda.

No Danger From Herbicide

Your article suggests that the use of herbicide to remove fire-hazardous eucalyptus trees may be a problem. It is not. Herbicide is necessary because, without it, a felled eucalyptus tree will re-sprout and produce multiple new stems from a single stump. The amount of herbicide used is minimal, a half to one ounce per linear foot of the stump’s circumference is sufficient. State and federal rules and regulations strictly limit the conditions and circumstances in which it can be applied. There is no danger to surrounding plants or wildlife.

The fundamental problem with non-native plants is that they cause major ecological harm by displacing native plants, which in turn displaces native animals by removing their needed plants. Non-natives such as eucalyptus are extremely invasive, because their leaves poison the ground so that no other species can grow. Eucalyptus evolved only in Australia, and they are a major scourge outside of that continent for these reasons.

Jack Gescheidt of the Hills Conservation Network did not address this fundamental issue at all. Instead, he railed about the rights of him and his neighbors to live in a eucalyptus forest, because that’s the way the land was when they moved there. Gescheidt also makes the deceptive claim that the way the land was before white people got here was not natural, either, because Native Americans managed the land with fire. The fact that this land was not wilderness before eucalyptus were planted is totally irrelevant to the fact that eucalyptus are doing severe harm by displacing native plants and displacing native animals by ruining their habitat.

If people like Gescheidt want to live in a eucalyptus forest, they are certainly welcome to move to Australia.

The position of these people on this issue is nothing but selfishness and/or ecological ignorance, and they certainly don’t deserve the label of “environmentalists.”

There are as many as 700 species of eucalyptus, and the species discussed here is eucalyptus globulus, the largest and fastest-growing of the genus. Blue gums can reach 200 feet high, with diameters over ten feet.

The trees were introduced so landowners could get rich by selling wood for lumber. Their hopes were dashed fairly quickly when it became apparent that the wood split as it dried, and had little to no commercial value.

The mistaken choice of this species for planting here should be acknowledged, and the damage it has done and will continue to do be stopped by a constant removal program until the trees are reduced to specimen groves in well-maintained relatively flat areas.

Disputing that eucalyptus are highly flammable and produce immense fuel loads, which creates the conditions for uncontrollable vegetation fires, is indeed a position that cannot be reasoned with. Hike through any East Bay Regional Park with eucalyptus trees and observe firsthand how the blue gums dominate all other plant life, and create endless tons of dead leaf and branch litter constantly.

Nearly every other hazard to life and property is dealt with in a common sense approach-what are the costs and benefits of this tree? In this case the costs are so astronomical as to render the benefits too low to accept the trees in our midst.

There is a difference between 150 years of Western dominance, 10,000 years of Native American impact, and over 10,000,000 years of natural selection for our California Native Plants.

Supporters of eucalyptus removal like myself do not hate eucalyptus-we respect their tremendous power and rustic beauty.

But sometimes the negatives of a plant outside its native habitat are so great that it must be controlled. Those who love the eucalyptus need not worry about its total demise-it will likely be with us forever due to its incredible size, growth rate, and reproductive success. We need not object to a well-reasoned program to reduce the acreage of these trees inner own neighborhoods.

“An East Bay Pimp Trafficked Her Daughter. And the Man that She Turned to For Help Exploited Her For Sex.” by Darwin BondGraham and Ali Winston, Feature Story, July 6:

The original version of this story stated that Leneka Pendergrass sent a letter to the California Coalition Against Sexual Assault, or CALCASA, regarding her being sexually exploited by an employee of Bay Area Women Against Rape. Pendergrass said that CALCASA did not respond to the letter. The California Coalition Against Sexual Assault, however, said they never received a copy of the letter, which Pendergrass said she sent via the U.S. Postal Service. Shaina Brown of CALCASA told the Express that had her organization received a copy, they would have responded. This online version of this story has been updated to reflect this clarification.