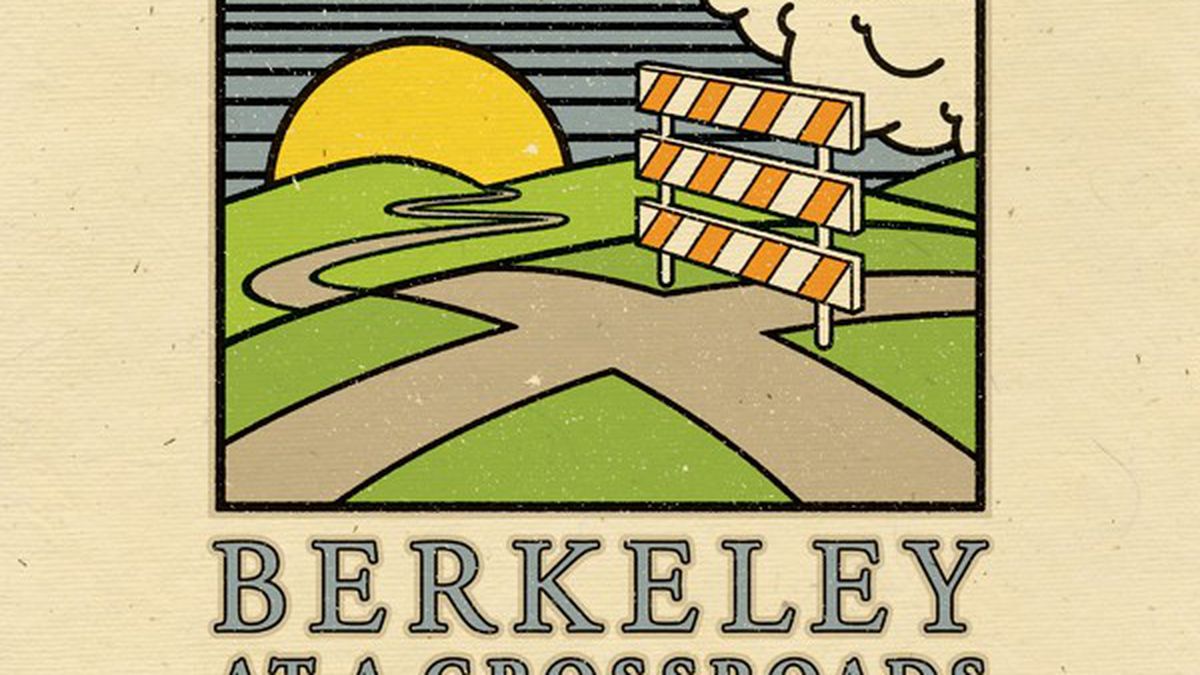 Readers sound off on Tom Bates, Measure S, and Common.

The Trouble with T

The selective portrayal of a mostly abandoned block of Fourth Street belies the vacancy rate of 2.9 percent in West Berkeley, perhaps the lowest in the region. The stretch referred to does not have a lot of street life, but apparently Mr. Gammon did not bother to look inside the buildings to see all that is going on.

The missing part of the Peerless Lighting story is that Doug Herst sold the company in 1999 to Acuity Brands, who moved the manufacturing to Mexico.

The reference to 1,500 jobs lost refers primarily to manufacturing jobs and ignores the fact that jobs lost have been more than replaced by new jobs, reflecting the shift in the overall economy. (See the Office of Economic Development report to the City Council, June 12, 2012.)

Measure T has no provisions to provide affordable artist space or workforce housing, nor does it mandate any green building standards such solar panels. If Mr. Herst chooses to provide these in his project, that is fine, but does not justify entitlements for 75-foot-high buildings where the height limit is 45 feet.

Councilmember Darryl Moore, whose campaign contributions come primarily from development-related sources, talks about the fit with the city’s Climate Action Plan, while the city’s Environmental Impact Report contradicts this assertion by identifying traffic and pollution impacts that undermine the Climate Action Plan.

Mr. Gammon goes on to belittle the opponents of Measure T, calling them a “small but vocal group,” “afraid,” and “anti-growth.”

If Mr. Gammon bothered to look at the public record he would find hundreds of residents and businesses who have argued for development that is compatible with the scale and character of a thriving West Berkeley. Many opponents have taken care to explain that their position is not anti-development and is for appropriate growth.

It appears that Mr. Gammon did not bother to actually talk with opponents of Measure T, instead relying on information provided by the spokesperson for Mr. Herst. Mr. Gammon’s piece reads as developer’s promotion, rather than the serious analysis that Measure T merits.

It should be noted that Patrick Sheahan has long opposed the Berkeley City Council’s plans to spur growth in West Berkeley. At some of the public meetings I attended on this issue, Mr. Sheahan complained repeatedly about the proposal to allow buildings of up to 75 feet in height in West Berkeley, arguing at times that such buildings could block residents’ views of the bay, including his own.

In response to Mr. Sheahan’s false charge that I did not interview opponents of Measure T, here are the facts: I interviewed the following Measure T opponents: Kriss Worthington, Sophie Hahn, and Jacquelyn McCormick. If Mr. Sheahan had read the article, he would have known that, considering that he has endorsed all three of those people for office. I also tried to interview Measure T opponents Jesse Arreguín and Denisha DeLane, but neither returned my call. Mr. Sheahan, it should be noted, has endorsed both of them, as well.

Mr. Sheahan’s decision to cast aspersions on Councilman Darryl Moore’s positions because of campaign donations is not only without merit, but also out of line. I have covered Moore’s political career for nearly a decade, and I can attest to the fact that he has long been an advocate of smart growth and urban infill development. In short, he’s a true believer (much like progressive Oakland Councilwoman Rebecca Kaplan) in the idea that cities must grow if we are going to limit suburban sprawl, long car commutes, and greenhouse gas emissions. As such, it should come as no surprise that developers who want to build smart growth projects in Berkeley have donated to his political campaigns (as they have done with Kaplan in Oakland). So to allege that he (or Kaplan) votes the way he does because of the donations is reckless and unsubstantiated.

Mr. Sheahan’s contention that attracting more people to live in Berkeley will make climate change worse displays a lack of understanding about the primary causes of greenhouse gas emissions. In fact, it’s so wrong, it’s utterly incredible that he other anti-growth activists in Berkeley continue to proffer it.

Cars and trucks are among the leading emitters of greenhouse gases in the world. And when Berkeley adds jobs but not housing, it forces workers to live elsewhere and commute to the city, thereby creating more greenhouse gases — not less. Moore and the Berkeley council majority realize this basic truth, and that’s one of the main reasons why they want more people to live in the city, so that workers won’t have to reside in suburbia and then drive to get here.

The fact that Doug Herst sold his Peerless Lighting manufacturing business to Acuity Brands is irrelevant, despite Mr. Sheahan’s apparent claim to the contrary. The fact is: Acuity Brands closed the West Berkeley plant in 2006 because it concluded that it could no longer compete internationally against other businesses that use cheap labor. That’s a worldwide phenomenon that the Berkeley City Council has no power to change.

Finally, the term “anti-growth.” I decided to use it because, as I was reporting this story, it was the favored term used by progressives in describing folks who oppose more housing in Berkeley; these progressives also prefer anti-growth to the term NIMBY (a term I have used in the past, because I think it’s more apt).

When I moved to Dwight Way in the early Eighties, this 36-foot-wide residential street had a fair amount of traffic, and Tom Bates pledged in public to do “something” about it. Well, what we’ve had is thousands more cars a day, and they are increasingly backed up and my living room smells like exhaust. Studies evidence the health issues of heavy-traffic proximity. It is an outrage that the few open east-west streets are taking so much traffic, and the West Berkeley project promises even more. We on Dwight Way are the victims of Bates, Darryl Moore, and Laurie Capitelli. The traffic on the open east-west streets is the reason I oppose Measure T. Darryl, why don’t you represent the people of your district? You don’t and you haven’t. You consistently vote with the hills, not the flats. Your only interests are your developer friends and your bid for the Assembly. You should be ashamed of yourself.

As a new dad in North Oakland, I’m glad the Express endorsed Richard Raya as your first choice for District 1 on the city council. I met Richard and his family a few months ago, when he began helping organize clean-up events at a park near my house. I brought low expectations to the first park event, but Richard’s energy and commitment impressed the hell out of me. He pulled our neighborhood together to improve the park, with the beneficial side effect that we all got to know our neighbors better.

So Richard’s a nice guy, but I’m voting to put him on the Oakland city council for another reason: He gets what makes our city an awesome place to live, but he is absolutely not okay with the status quo on crime and education. Our streets are dangerous, our schools are struggling, and the problems are getting worse.

I think Richard has the leadership ability and the financial and political acumen necessary to improve our schools and build up our police force to fight violent crime. Richard Raya has my vote because I believe he can help make our city safer for my daughter — and for every other kid in Oakland.

This piece was extraordinarily disappointing. Am I supposed to believe the reporter couldn’t find one person living on the street in Berkeley who preferred not to be homeless? There’s a difference between lively writing and vapid snark, and this article definitely crossed the line. Where is the acknowledgment that the number of unhoused people is greatly increasing in the entire country due to an economic collapse and the looting of the social safety net? According to Rachel Swan, the increase on Berkeley sidewalks is totally due to the permissiveness and indulgence of people in Berkeley. That’s called ignoring the facts and providing no meaningful context to the reader.

A ticket for violating one of these ordinances doesn’t always provide a wake-up call to an indigent person. Sometimes the financial and emotional stress of being stopped by law enforcement, arrested, cited, and taken to jail can push people who are already pretty close to the edge over it. And if Berkeley in fact has the resources to house every currently unhoused person in the city boundaries, then that is certainly news to me, and it would be just about the only municipality in the country so blessed. This is what happens when a feature article is begun with a set of preconceived notions and evidence is collected largely to support these preconceived notions. The problem is that Berkeley residents have a decision to make and this article is too busy trying to prove several questionable allegations about recreational homelessness to give them the information they need to make that decision.

I’ve played Stikman’s and Dan Rathbun’s music, and many bands that have recorded at Polymorph, during my radio show at London’s Resonance FM. There is a worldwide underground that appreciates what’s gone on there, and if the locals had any sense, they’d treasure the uniqueness of that the way Portobello Road and Brick Lane treasure the input from the branches of the world-famous Rough Trade Records. Have a care before you lose it.

In Defense of Common

First, your writing abilities are great; I enjoyed your article.

I wanted to know what this meant: “Sure, Common is a much safer rapper than Biggie Smalls. But it’s quite clear, to any avid hip-hop consumer, who is the better artist.”

Common isn’t a “safe rapper.” To most Americans, he’s an angry black man, speaking up for black culture and how it was discredited.

He speaks about his Muslim beliefs and calls white America out. Any “avid” hip-hop listener/consumer would and should pay attention to the message being told by the rapper. Biggie rapped about his past, his lifestyle, and his future of death. Just because Common wasn’t rapping about “bitches and blow” doesn’t make him less of a rapper, or make Biggie a better rapper. They’re both great emcees with the ability to write poetry. With that statement, you took away from hip-hop.

I believe this is the problem with rap and hip-hop. We credit people like Chippy (whose photo is featured in the print article), who is an awful lyricist and a joke for hip-hop music.

For some reason people give in to her shitshow because she’s willing to show her ass on stage and “twerk”? Emcees like Rocky Rivera don’t get shine?

Our October 10 art preview, “A Work Driven By Older Women,” continued two errors. First, we got wrong the original publication date of The Hearing Trumpet; it was 1950, not 1960. Also, we wrote that Leonora Carrington was still alive; in fact, she passed away last year.

Our October 10 music story “Remembering Matthew Africa” misreported the intended use of funds raised at Matthew Africa’s memorial shows. They went toward hiring a band for his funeral.