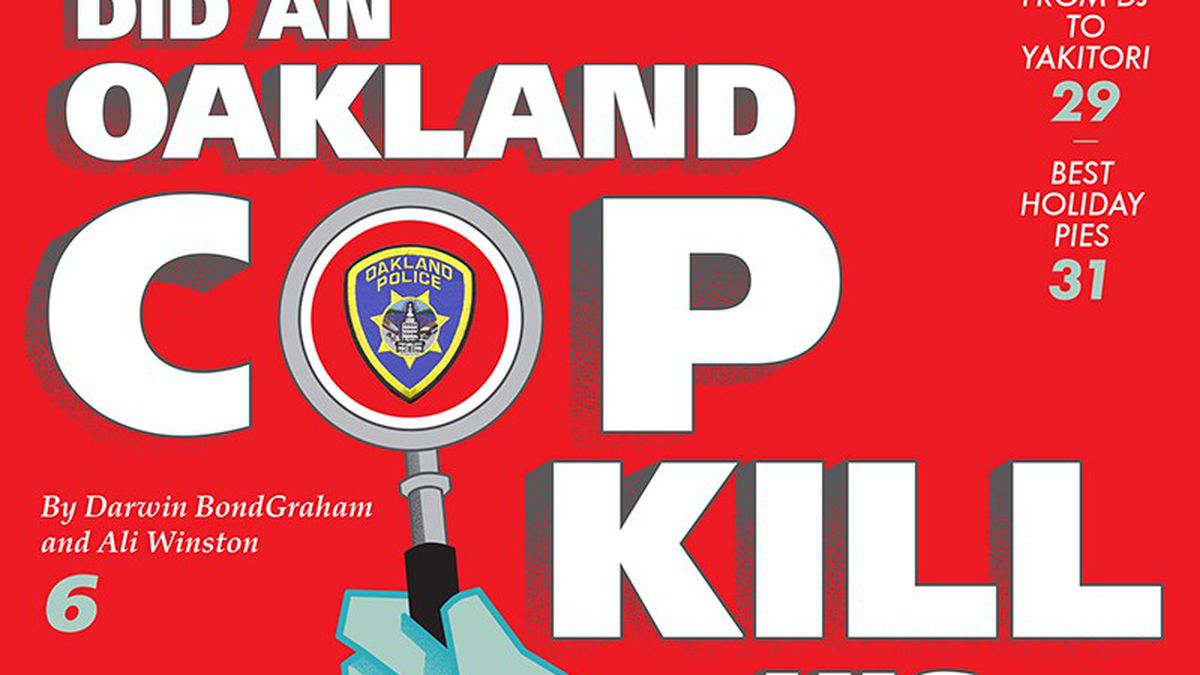 Readers sound off about mafioso landlords, advertisers, and the playoffs.

Re the “No on Measure HH” ad in last week’s issue:

‘Do You Think
We’re Stupid?’

Can you please explain how you can print an election guide telling us to vote Yes on HH (Oakland soda tax) and then turn around and take money from Big Soda itself and run their filthy, deceptive “Don’t tax our groceries, No on HH” ad?

Reading your election guide, I felt respect (with a few exceptions) for your paper. And, overall, your reporting on the issues is right on.

But with this last issue, you’ve lost my respect. On page fifteen, you say “Yes on HH, the soda tax.” Flip to page sixteen, and there is a full-page ad featuring smiling Oakland mom-and-pop store owners belly-aching about the “big burden” this “grocery tax” will create for them and their customers.

It is clear that the bottom line for the Express is m-o-n-e-y, and truth and integrity be damned.

It’s not merely an investment. It’s my home. It’s where I raise my kids. You want an unregulated investment, get into a hedge fund. You want to make money on residential real estate, you should have to negotiate tough regulations, because your investment is providing a basic need to actual people. Regulations too tough for you? Good. More housing stock for those of us who want to buy an actual roof over our head. Alameda landlords are a mafia. Straight up.

When the 470 Central Avenue evictions happened days after Alameda city council issued a moratorium on no-fault evictions, officials were outraged and rushed to close the loopholes they had opened. Months later, they drafted their rent ordinance, which now will allow mass evictions — just as long as it’s only 25 percent of a complex’ residents per year. There are no rent caps. It puts the burden on already-burdened tenants to appeal to a mayor-appointed mediation body and air all of their financial hardships into the public record.

The conflict-of-interest of a district attorney having to charge and prosecute its own police is on stunning display here. Unreal.

The only thing standing in the way of Oakland shining is its elected officials.

In the review of the Iggy Pop documentary Gimme Danger, Kelly Vance write that “all his former sidemen are dead now.” Actually, guitarist James Williamson, who joined the Stooges in 1970 and co-wrote the classic Raw Power album, is alive and well. He lives in Palo Alto and still is making music in addition to his work as an electronics engineer.

Playoffs, Yes. Super Bowl, Not Yet.

I too was worried if the Raiders 2016 were\are real, since the defensive stats in the previous games paled in comparison to what the offense was accomplishing. But, with last night’s game, the defense showed it is capable of delivering. So, the Raiders are definitely playoff contenders. Too early to say if they’re Super Bowl bound. Playoffs, yes. (I still think the Raiders are a stellar cornerback shy of being SB-ready; previous winning SB Raiders teams always had incredibly great corner-backs, or at least one.)