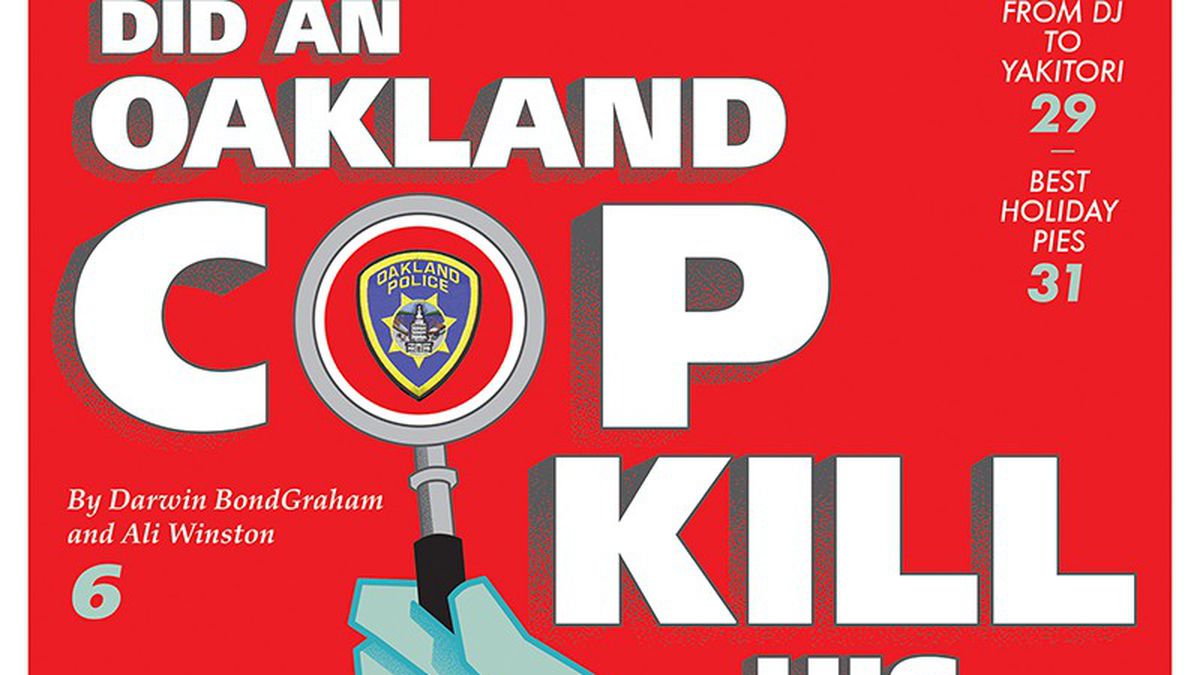 Readers sound off about protests, cops, and the will to build in Berkeley.

“Did an Oakland Cop Kill His Wife?” by Darwin BondGraham and Ali Winston, Feature Story, November 9:

As the Express becomes increasingly shrill in its hatred of Oakland cops, it becomes decreasingly readable. I remember when the Express used to be interesting and reflective of our community’s values. No more.

I’m not really into the some of these protests for various reasons, but this one was powerful and it’s too bad that the national media made sure to spotlight the “after protests” (when the anarchists show up after the main, generally peaceful gatherings). This would have been a powerful statement to show up on CNN or the network news.

I do not believe this outcry has anything to do with being a sore loser. My grandson broke into tears when he realized Trump won the election. He wasn’t being a sore loser. People are worried, scared, and confused. They don’t know where to go for help or how to respond to this event. I know I sure do not know what to think. I know that most of the people that voted for Trump are good people, but he seems so un-American, so full of hate. In all my many years, I would have never believed such a person would be our president. I have been so depressed.

What this protest did for me was help to heal my broken heart and allow me to feel less frightened. I have not been able to sleep and have cried a lot since the election. It was indeed magical to join hands in healing solidarity. It gave me so much hope.

But Will Trump Care?

These protests, this one, and all the others are completely unprecedented in U.S. history. They signal to the president-elect that he is deeply unpopular and should act accordingly.

Pray for a Miracle

When I was young, I was more egotistical but not outspoken like Donald Trump. As I got older, the people I loved died and I was faced with a new sense of responsibility. My actions reflected what was really in my heart: a need to help people and contribute toward the betterment of society. I sense that in Trump. I pray for a miracle and am optimistic.

Such an increase as passed will not make Berkeley more attractive to builders, who realize what the Berkeley voters/City Council give today they can take away next election. If you had the money to construct residential housing, would you do it in Berkeley? Or some other city without rent control — especially when you know when one of your tenants wants to move, they will not give you formal notice and allow you to increase the rent to the market value for a new tenant, but rather will sub-lease through underground sources (which reduces the amount of housing on the open market)?

Diet is the only thing that controls obesity. This is a lifestyle tax. If you choose to live an unhealthy lifestyle, you must pay higher taxes. Otherwise, when you get the inevitable diseases that come as a result of your poor life choices, you will be a burden on healthy taxpayers. Sugary drinks and smoking tobacco are in no way necessities. They are unhealthy luxury indulgences that lead to diseases. Taxpayers shouldn’t have to pay for others bad choices.