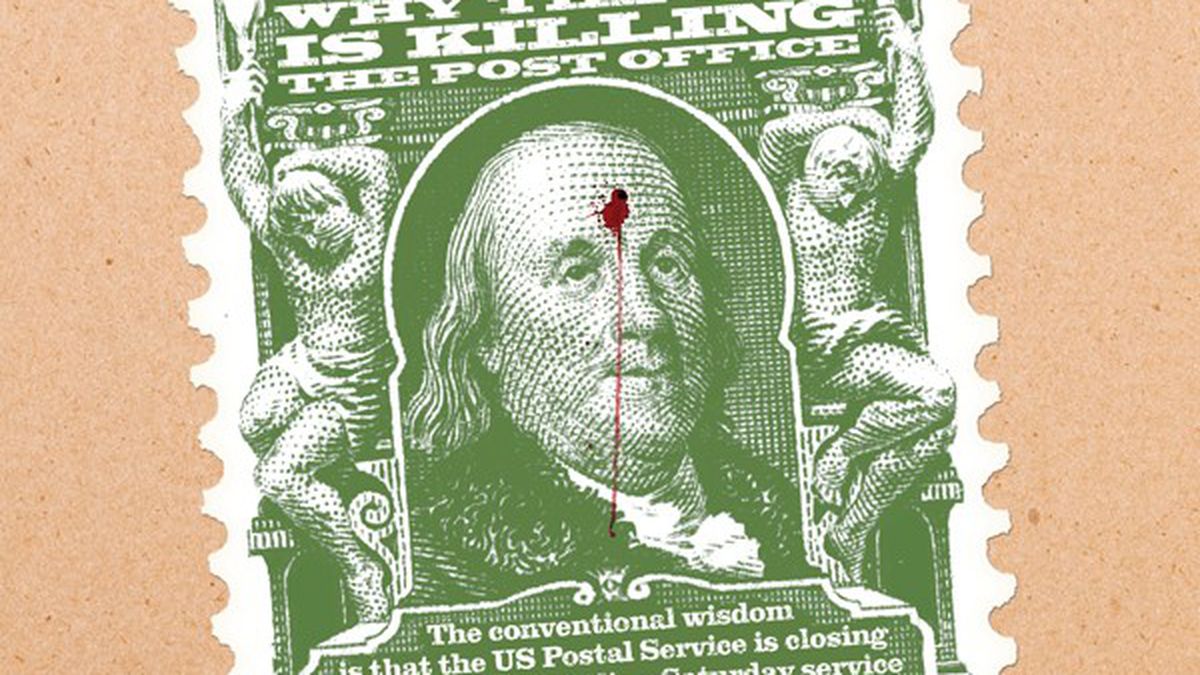 Readers sound off on the Post Office, the Alameda County Sheriff, and West Berkeley.

“Why the GOP Is Killing the Post Office,” Feature, 3/6

Thanks for Jim Hightower’s article on the US Post Office. I was angry before, now I’m really angry. Jim’s been raking muck for a long time, and his research and writing are a welcome addition to efforts by vocal locals Gray Brechin and Harvey Smith to challenge the obscene attacks on the vestiges of public government. Hightower once said, “When the establishment derisively assails you as an agitator, remember this: The agitator is the center post in the washing machine that gets the dirt out.” Let’s roll up our sleeves and restore public services.

Um, Have You Been to a Post Office Recently?

I was persuaded for about an hour by Jim Hightower’s defense of the Postal Service. Then I had to go to an actual Post Office to see if I could find out why they seemed to have lost my package. There were ten people waiting, one clerk, and at least four employees who seemed to be having a party in the back. The clerk spent ten minutes helping a single customer. Finally, what may have been a supervisor came out and, over the raucous noise of at least four employees talking in the back, apologized for the delay but said there were no employees available to open another line.

I am a progressive. I believe in public services. If this were an isolated instance it wouldn’t bother me. But it is the normal experience of every patron in every post office. The USPS probably does more to make the Republican case than any other institution.

As always, Jim Hightower has plenty of historically important information about the latest onslaught on our public commons. I commend the Express for publishing this. I would also recommend that people subscribe to his newsletter, The Hightower Lowdown, at HightowerLowdown.com: For a paltry sum of $15 a year, you get a concise analysis of many issues each month. Plus you get humor and a wonderful cartoon in each issue.

As a senior, I never thought we could lose our recreation centers, public schools, childcare centers, libraries, clinics, public transportation systems, and now the post office to private profit. All of these were put into place to benefit and serve all of us, not to bring in healthy salaries with bonuses for CEOs and profits for stockholders. Thanks for the great article.

It’s Not Just the GOP

Very important topic. The steady erosion of the USPS along with the social net of the United States needs to be brought into the light. But the title “Why the GOP is Killing the Post Office” is not accurate.

Not once does this article mention that the Democratic Party is complicit in this implementation of austerity. Let’s not beat around the bush; this is austerity.

President Obama, along with his corporate-financier backers, is ready to dismantle the USPS, along with Social Security, Medicare, and other social programs that Americans come to rely on.

Forget the false left-right paradigm; both the GOP and the Democrats serve Wall Street.

All these technologies are coming together to eliminate privacy for all intents and purposes. They do not make us more secure — most of them are of little use for actually preventing crime — but they very well may do what they are intended to do: quench dissent before it spreads.

As a delegate to the California Democrats Convention, I’ve introduced a resolution to require warrants for the use of drones for law enforcement purposes, but in reality, what we need is comprehensive privacy legislation that curtails both the data that both government and private actors can obtain and retain from individuals.

Let’s not forget that the California Constitution (unlike the federal one) guarantees the right to privacy.

Wow! Thanks for breaking this issue. It’s critical that we keep shining a light on the creeping mass surveillance police state. These folks have too much money, and too many toys, at their disposal.

If you’re going to blanket-characterize a neighborhood, at least get it something close to right. I live about three blocks away from BPC and regularly walk home at night right past it. So I am puzzled by the description of the neighborhood involving “drug dealers and prostitutes work[ing] the strip” at night. I hardly see any other people at all, let alone “drug dealers and prostitutes” wandering about with impunity.

Oh, and the “decrepit foam factory” is actually a well-kept store that sells and restuffs furniture (I’ve bought a mattress cover from them). And the “salvage yard” is Ohmega Salvage, which is actually fairly high-end (I’ve met more than one San Franciscan who says they got their antique statuary, doors, or mantles from Ohmega). Blighted, right.