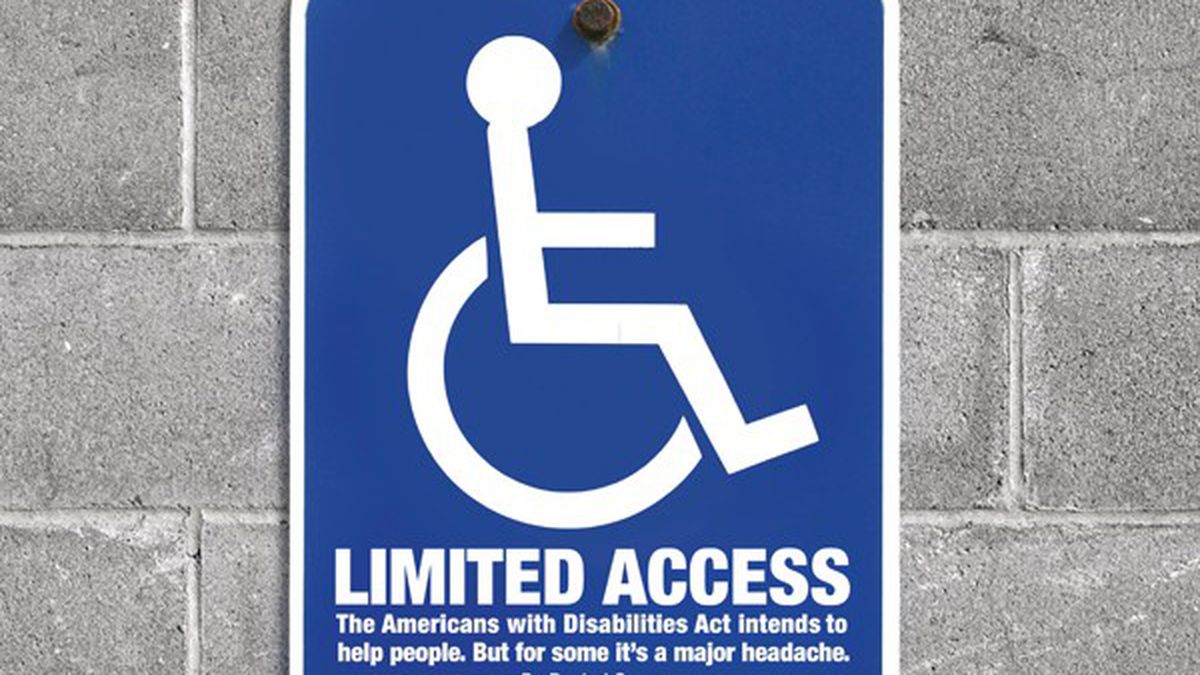 Readers sound off on ADA laws, the Terrace Room, and Soleil's African Cuisine.

I enjoy Rachel Swan’s writing, but was appalled at the biased article on ADA issues. Her wide-eyed sympathy for the bewildered merchants caught up in a cross-fire of competing federal, city, and state requirements is revolting.

Can Sunny Wong’s parents really not afford to comply with the law? Did anybody actually check? Because no matter how they’re painted like mistreated puppy dogs, it is the law, and it is not the fault of the disabled community no matter how often simply raising their voices is called, as in this article, a “shakedown.”

Ignorance Is No Excuse

For me it seems like there are two issues that need to be addressed:

1) If you have a space you are responsible for that provides public accommodation then you better make sure that the space complies with the federal ADA laws or you have waivers in hand for any noncompliance that would fall outside of the Reasonable Accommodations or Readily Achievable definitions. Ignorance of the law for whatever reason is not an acceptable excuse. Not having the funds to make the accommodations is also not an excuse unless it is not Readily Achievable. It would be nice if building officials would let people know if the space was not in compliance but if they don’t it is still the job of the party responsible for the space to make sure the space is compliant.

2) I really think that when a failure to accommodate is first identified, the responsible party should have a chance to fix it without penalty, and that includes the penalties under the Unruh Civil Rights Act. Someone should not be able to make a profit out of suing businesses unless the business has already been notified and has not made the required changes or received waivers in a reasonable time. At $4,000 a shot, someone could make a nice annual salary by just finding one business every two weeks and shaking them down.

Another Architect Weighs In

I think the article makes a bit too much over the difference between ADA and the California Building Code (CBC). There have always been conflicts, but on what I consider to be the major issues, they are reasonably in agreement. Also not mentioned here is that ADA is a civil rights law and compliance is determined by the courts. The very similar accessibility requirements in the CBC are enforced administratively whereever the building code has effect.

The major issues in my view are those of building access (parking), entrances, use of the space, and restrooms. Erick Mikiten, a fine architect in his own right, makes a good point regarding the reduction in barriers over the last twenty years. Architects in California also face biannual education requirements to maintain their license, and those are specifically focused on building accessibility. So the profession is being attentive.

In my view, where the code and the ADA have gone astray is that with evolution of the code, the requirements incorporate more and more minutiae that expand the complexity of the code and the difficulties of compliance with it, all the while returning only marginal benefits.

For example, there are many requirements having to do with improving access for those with vision impairments, including the use of a particular form of Braille of a particular size on room signage. The problem is that while this seems like a great idea, only about 20 percent of the vision-impaired population reads Braille, as it has fallen out of favor and most young visually impaired individuals do not learn it and rely instead of other technologies to manage the reading of text.

My last concern with all of this is that in addition to ballooning the regulation load on businesses and other entities, the ADA — a well-intentioned law if there ever was one — also tends to expand the definition of “disabled” as well. We tend to think of the disabled as being wheelchair-based individuals. In fact, though their accommodation certainly involves the greatest expense, they are a relatively small part of the disabled population. Vision impairments are home to a much, much larger group of people. But since ADA is adjudicated in the courts, the courts can and do expand and interpret its applicability to the point that all sorts of personal problems become defined as disabilities and, therefore, society’s problems. That to me is unhealthy.

“Saka-Saka, with a Side of Bluegrass,”
Restaurant Review, 7/11

Great review of Soleil’s African Kitchen. I have tried nearly everything on the menu and love all that has passed through my lips! My only issue with this review is the statement about boring appetizers. The fresh homemade vinaigrette on the salad is amazing. The hummus is like no other, and very enjoyable. My friends and I actually devoured a bowl of that yumminess Wednesday night, and wanted more to take home! And the samosas are a delicious work of art! TJ handmakes each and every one of those heavenly morsels.

I love it all. I recommend this place to all my friends, acquaintances, and strangers on the street.

Thanks for covering the Terrace Room at the Lake Merritt Hotel. We appreciate reviewer Luke Tsai’s shout-out for the restaurant’s “gorgeous view” and many nice comments on the food we serve. There are three points that we would like to challenge.

First, the tone of Tsai’s remarks about older people dining in the restaurant is disturbing to us. When Tsai arrived early on a Monday night there were older people eating dinner in the restaurant. His derogatory description of them seemed like an unfair ageist slam. It’s no secret that we provide dining for the AgeSong community. We’re a neighborhood bistro and that means we also welcome those who work downtown and are part of Oakland’s multigenerational community. We welcome area employees who stop by the bar after work, along with retired people who live in nearby high-rise apartments. Many like to enjoy an earlier dinner.

Second, while we have opportunities for improvements like most businesses and restaurants, Monday night is usually a poor day to judge a restaurant’s popularity. As with most restaurants, our dining room fills up as the evening and the week progresses.

Finally, criticizing our menu that features “steak, seafood and pasta,” with “international accents” as “cruise ship food” seemed like another slap. Most restaurants offer this as the bedrock of their menus. Tsai’s numerous cranky-for-effect, overwritten phrases — for example, his description of an abundance of peppercorns on his steak, which “infested” his mashed potatoes, making “booby traps” in his broccoli de ciccio — were frankly overreaching.

We hope Express readers will visit us this summer — we have many special events scheduled, including live music on Thursday and Friday nights, our monthly salute to specialty beers One Fermented Evening, the largest monthly lesbian TGIF in the Bay Area, and Oakland’s original bottomless mimosas as part of the Terrace Room’s delicious Sunday brunch.

In the Reader’s Poll winners of the People and Places section in our July 18 Best of the East Bay issue, we got wrong the name of LifeLong Medical Care.&#8;